Schools open in 20 municipalities of Latvia

In these 22 municipalities, the 14-day cumulative incidence rate of Covid-19 did not exceed 220 per 100 000 inhabitants. However, the situation can change rapidly. For example, on the day of authorization (last Wednesday) the municipality of Aloja was below 220 but on the next day it was already 245. Thus, Aloja municipality did not open its schools.

In Zilupe, schools did not open either because many pupils and teachers live in another district of high incidence rates.  This is also the case of one of the schools in  Vecumnieki municipality.

"The local government itself looks at the overall situation and decides on the opening of the school in situ. These indicators are very variable every day," said Ilze Arāja, spokeswoman for the Disease Prevention and Control  Center (SPKC).

The map below represents the areas for which the SPKC has authorized onsite learning starting March 1: 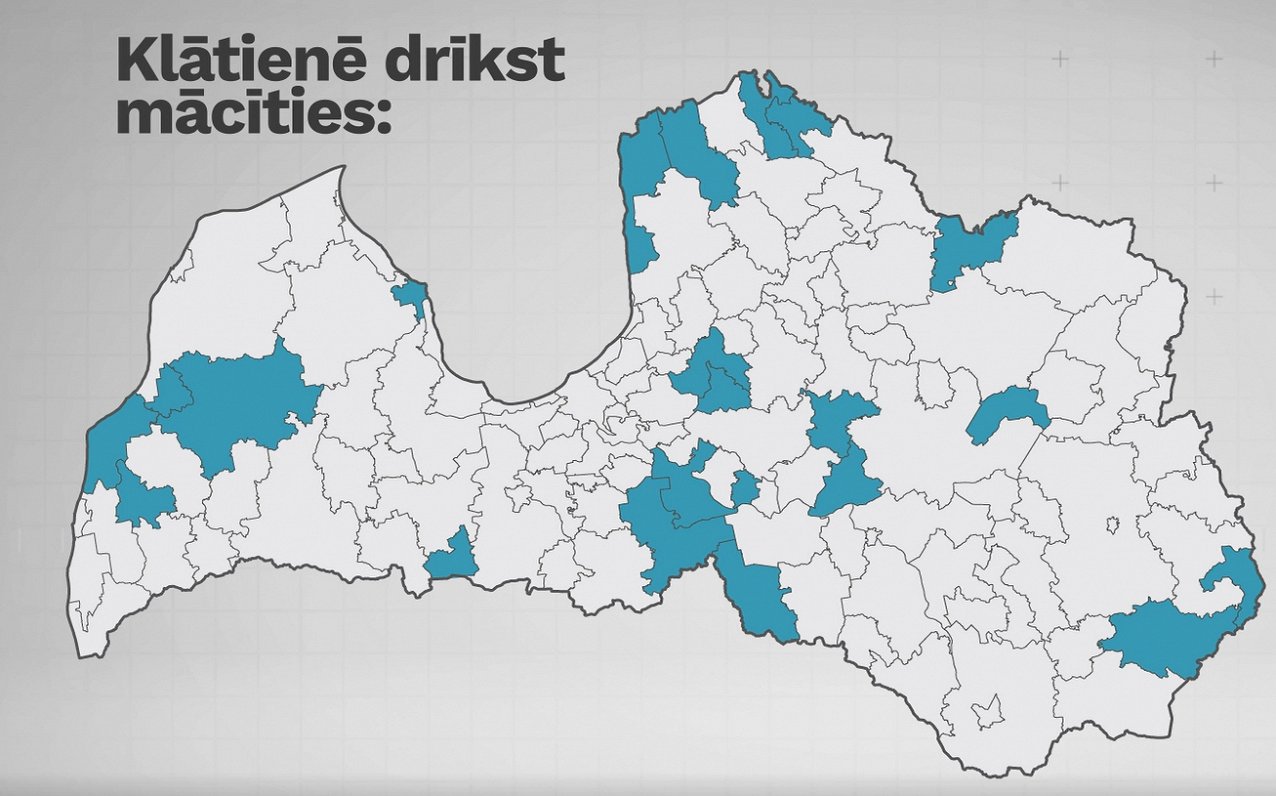