january 20, 17:11
Society
Authors: eng.lsm.lv (Latvian Public Broadcasting)
The numer of households in Latvia unable to pay their utility bills on time is nearly double the average rate for the European Union, according to data released by Eurostat January 20.

In 2018, almost 7% of households across the EU were been unable to pay utility bills (heating, electricity, gas, water, etc.) on time, due to financial difficulties.

However, this share has fallen steadily in the EU as a whole, from over 10% of households in 2013.

Nevertheless, Latvia was among the countires where people had more problems, with 11.6% of households struggling to pay bills on time. 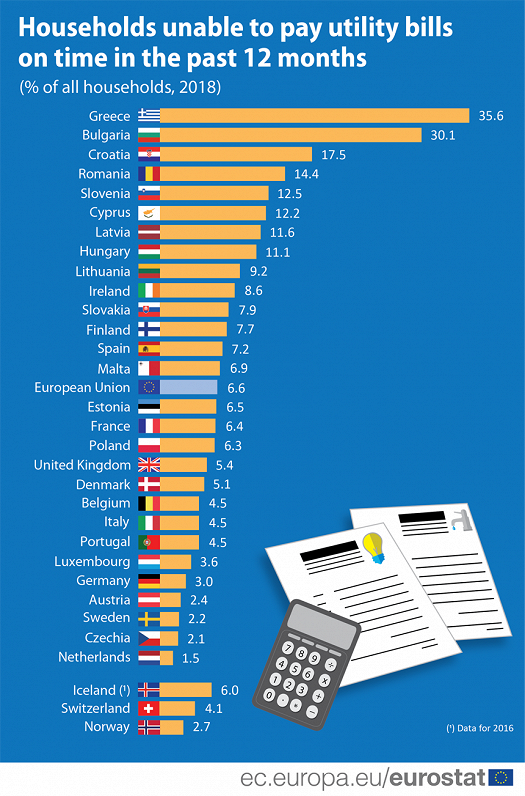 These data were collected as part of the annual EU survey on income and living conditions (EU-SILC). For more information on the statistics available in this area, take a look at the overview accessible here.