Population continues to fall in Latvia

january 20, 16:45
Society
Authors: eng.lsm.lv (Latvian Public Broadcasting)
The number of children born in Latvia has declined for a fourth year in a row according to new provisional data published by the Central Statistical Bureau (CSB) January 20. 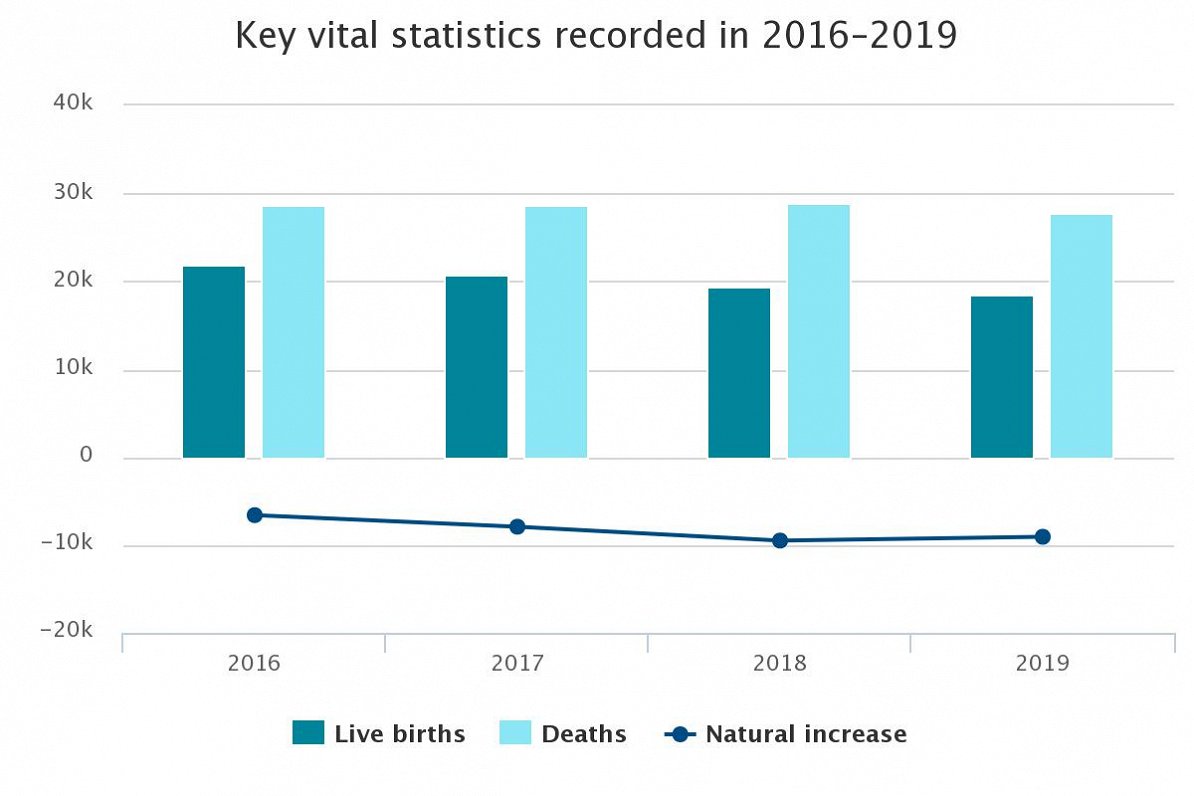 It is not all absolute doom and gloom, however. The number of deaths was also in decline – 27,661 deaths were registered in 2019, which is 1,159 deaths fewer than in 2018. The trend has positively affected negative natural increase – in 2018 there were 9,506 deaths more than births, whereas last year only 9,072 deaths more.

In 2019, 12 913 marriages were registered, and, compared to the corresponding period a year ago, the number has dropped by 145. During the past three years, marriage number has stabilised – on average 13 thousand marriages are concluded annually.