Named "In Defence of Freedom: British military and diplomatic support to Latvia 1918-1920", its opening comes exactly a century after the events it describes.

October 17th marks 100 years since British warship HMS Dragon fired its guns in support of the Latvian Army, which was fighting to retain control on Rīga against a combined German and White Russian force. Nine British sailors were killed in the action.

The exhibition was created in collaboration with historians and memory institutions in Latvia and the UK and will include previously unseen photographic material on diplomacy and military history.

It was a pleasure to see many friends and cooperation partners at the opening of the exhibition #InDefenceOfFreedom. The exhibition, which tells the story of British military and diplomatic support to Latvia1918-1920, will be at @LNB_lv until 20 November 2019. pic.twitter.com/IBEUYyxlVk

The centerpiece is the original copy of the HMS Dragon logbook, which keeps the record of October 17's events. The logbook is on loan from the UK National Archives.

The exhibition will be open until 20 November and admission is free of charge.

Meanwhile on 17 October, a traditional commemorative ceremony will take place in Bolderāja, where Latvian officials, as well as British, French and Irish ambassadors and relatives of the deceased soldiers will honor the lives lost. Later in the day at at 3:15 pm, a memorial service will be held at the Anglican Church and a plaque with the names of nine sailors killed aboard HMS Dragon will be inaugurated. 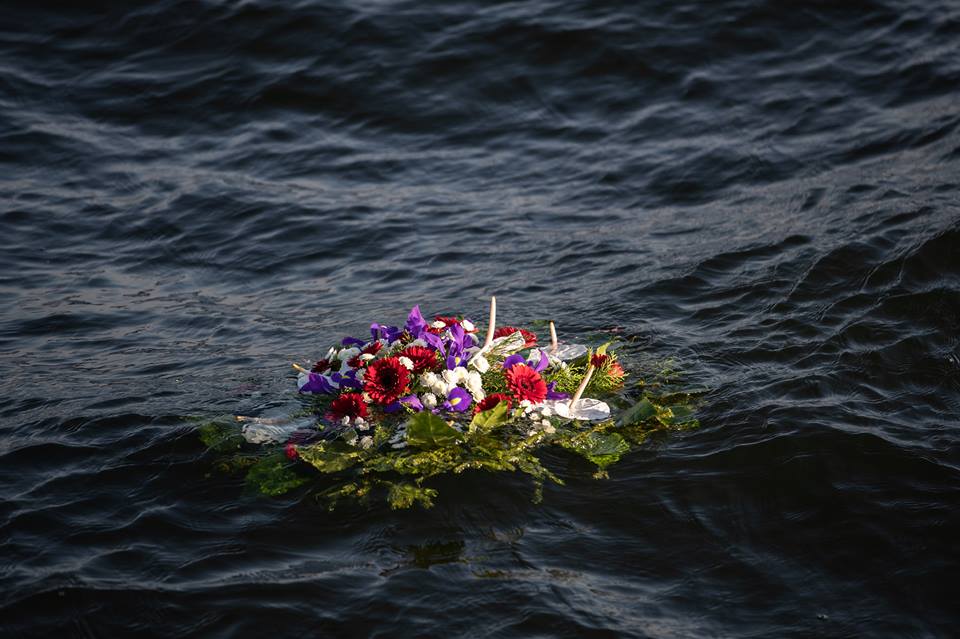 On Friday 18 October it will be the turn of the French embassy to mark the contribution made by French forces and diplomats to the support of Latvia's early independence when ambassador Odile Soupison presents a copy of the memoirs of Lieutenant Colonel Emmanuel du Parquet, freshly translated into Latvian for the first time, also at the Latvian National Library.

Emmanuel du Parquet was head of the military mission from France to Latvia from May 1919 until July 1920 and played an important role in events ranging from the return of Prime Minister Karlis Ulmanis to Liepāja in June and the battle of Rīga in October.

His memoirs of that time were first published in 1926.