august 9, 2019, 11:57
Culture
Authors: eng.lsm.lv (Latvian Public Broadcasting)
The program has been revealed for this year's Baltic Sea Docs (BSD) forum, which showcases the best documentary films from the region and beyond.

Taking place September 3-8, this international event for professional documentary filmmakers is the only one of its kind in the Baltics and is held in high regard throughout Europe.

Highlights this year will include Dutch film Greenaway Alphabet, American film Born In China, and Glory Of Molenbeek from Finland.

Every year, the BSD gathers over 100 professional filmmakers from the Baltic Sea region, as well as from Eastern and Central Europe. Participating in the forum is a way for filmmakers to find funding for the production of their projects and to further ensure that their films reach a wide audience across Europe.

The forum is held in English and participation is free of charge.

In addition to a public pitching session, the forum holds preparatory workshops and seminars open to not just BSD participants, but also to students and representatives of the Latvian film scene. Apart from the professional activities, a program of the highest quality documentaries is offered to the general public in Riga and several other Latvian cities. This year Cēsis, Jekabpils, Liepāja, Rezekne and Valmiera will all have screenings.

The BSD is organized by the National Film Center of Latvia in collaboration with the European Documentary Network, an international organization of professional filmmakers. The largest financial support comes from the EU funded Creative Europe Media program. 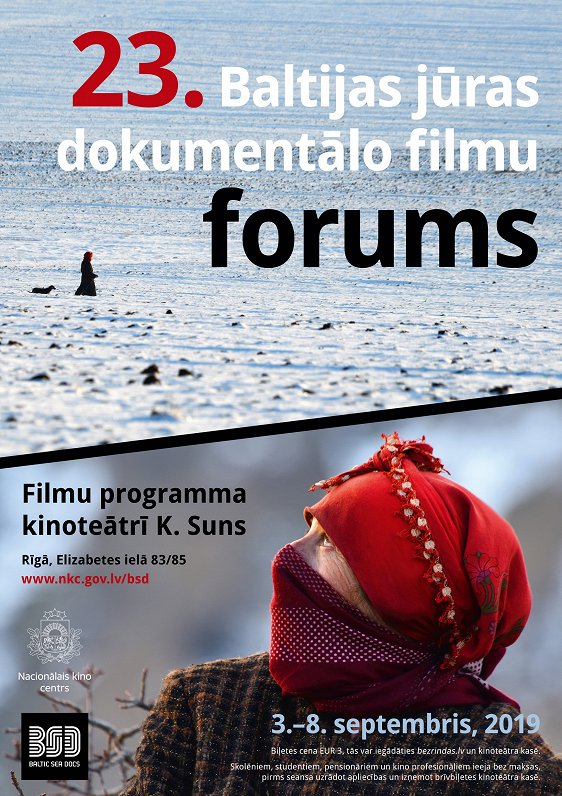