Historic Rīga market set to reopen in May

May 7 will be a special one on the left bank of the River Daugava in Rīga, when the historic Āgenskalns market opens its doors again after extensive renovation works.

Architect Liene Griezīte and Kārlis Dambergs, the market manager of Kalnciems quarter and Āgenskalns, told Latvian Radio how the process of renovating the historic building has taken place.

"We are enthusiasts for Pardaugava [the part of Rīga on the left bank of the Daugava], we work in Pardaugava. And one of the hearts of Pardaugava is the pavilion of the Āgenskalns market. The market is always an important object for people," says architect Liene Griezīte. 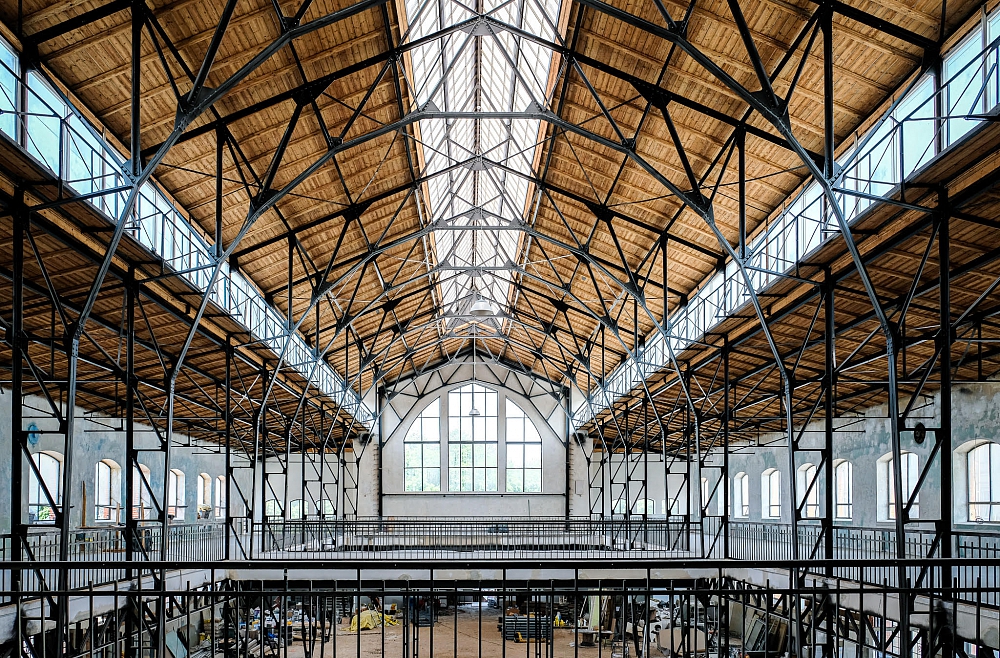 The history of Āgenskalns market is long. In 1893, the Riga City Council wanted to get rid of the ramshackle old market and install a new one in a larger square, so it was decided to build a new pavilion that would serve as a market building for the people of Pardaugava. The project of the Āgenskalns market pavilion was developed by renowned Baltic German architect of the city of Riga Reinhold Schmeling, who is responsible for many of the Latvian capital's finest buildings to this day. He was notable for his distinctive style of red brick architecture, which can also be seen in the building of the Āgenskalns market pavilion.

According to the architect Liene Griezīte, the construction of the market was not easy at first: "The pavilion started operating only in 1925. Prolonged construction work took place, which was interrupted by the First World War. Then this building was used for the army.

All in all, it is a noble brick building with a rhythmic, wonderful composition of windows, with a very spacious interior, with open metal constructions and a wide, ambitious layout where one can feel free and see everything. "

"The layers that had formed over the years, not only in Soviet times but also after the restoration of independence, had created an internal mess that was, to put it mildly, unbearable.

The main thing was to clean this stratification so that you could understand what this building is at all," says Kārlis Dambergs.

"We were primarily engaged in restoration and did not try to introduce any modern high-visibility objects into the architecture internally and externally. We created a platform where trade can take place in the form it needs to today."

Kārlis Dambergs believes it has been important to create a structure in this historic building to regulate the continuous dynamics of the market.

"If Liene calls Āgenskalns market her heart, then I would say that the market is Āgenskalns' nose. This nose is what really senses all the smells [of history].

The opening of the Āgenskalns market pavilion will take place on Saturday, May 7, which is market day, according to Kārlis Dambergs. Also on May 8, the market will be open, and various activities will take place. An interesting fact revealed by the architect Liene Griezīte during her research is that choral concerts and even acrobats have performed in the market pavilion in the past.

"This opening is a day when we open the door for visitors, but it is only the beginning for the market itself to develop and develop further," says Kārlis Dambergs, who added that the Āgenskalns market will be open on two floors - on the first floor there will be mostly food trade, but on the second floor there will be a small cafe, which will be open until 23:00.