september 27, 2019, 13:28
Culture
Authors: eng.lsm.lv (Latvian Public Broadcasting), Laila Burāne (LSM.lv kultūras redaktore)
On September 19 an exhibition dedicated to the centenary of the Latvian Academy of Art was unveiled at the Arsenāls hall, with young artists showcasing the current state of student affairs at the institution. A video of an opening-night performance of two young women kissing one another has garnered great public attention, sparking fierce discussions and personal attacks on artist Ance Vilnīte and her associates.

Vilnīte told LSM that her work was dedicated to the artists' hunger for fame, and that it's a still-ongoing social experiment. She said that the fierce public reaction makes her happy and disappointed at the same time.

The exhibit, which according to Vilnīte refers to both desperate desire to become well-known as well as an accompanying narcissism about knowing one's talents.

"How to become famous? Do I need it at all? What does it mean, and what's the point of it?" asks Vilnīte.

She admitted that she would find herself daydreaming about dizzying success, which would maybe start from this exhibition at Arsenāls and conclude with the Venice Biennale.

"I don't think it's that simple and that I'll succeed at all, but I find these dreams very touching," she said, adding that a young artists' exhibition is definitely the place to show a work that says "I want to be a great artist". 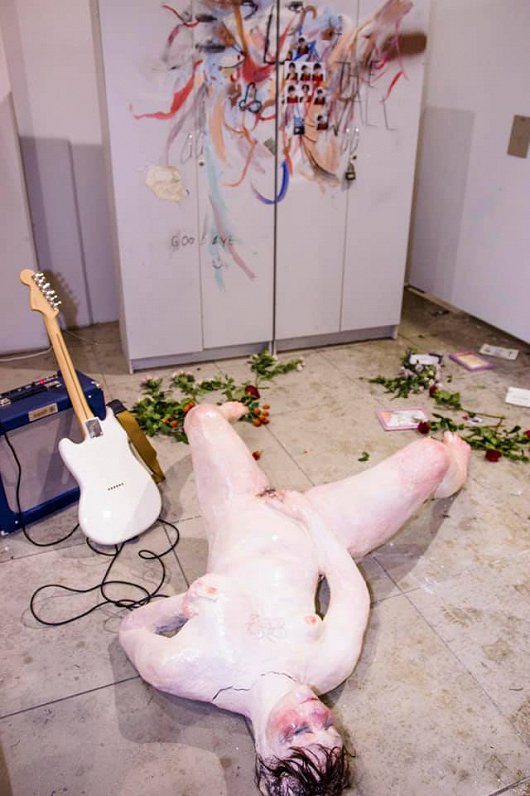 While self-obsession is examined with canvases on the wall featuring English-language words that end in -ANCE, the artist's name.

The place of art in the media

While in order to examine the place of art in the media, Vilnīte and photographer Elīna Semane as well as British musician Lee Chapman carried out a simple performance, with the girls kissing passionately set against a background of guitar music and then setting out to destroy the glass-covered canvases on the wall. 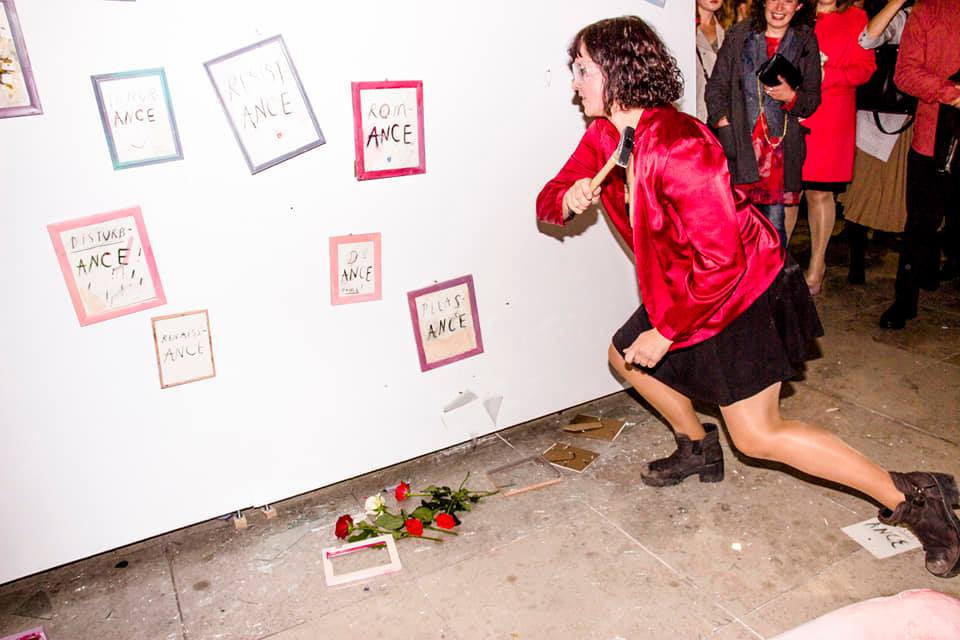 To date, the video taken of this has amassed an impressive 150,000 views, has been shared 1,300 times and received a couple hundred comments.

Vilnīte nevertheless said that her goal – to have art appear in the media in between reality shows and the news – has failed. But now the public have been encouraged to reflect on what constitutes art and what doesn't.

That's why, the artist said, they had turned to the media, including LSM. This interview, for Vilnīte, is part of the project.

"It's training of sorts, an experiment with the media. If we show some initiative ourselves, will they accept us? We've been contacted by the tabloid press this morning, however, so the story may not be over quite yet," she said.

Vilnīte's own reaction to the performance is mixed, as while thousands of people got angry, no one tried asking the meaning of this "performANCE" in private.

"Hundreds of people of whom many may not have visited an art exhibition for years have now become veritable art critics and connoisseurs," she said.

"People want their taxes back, to perform hara-kiri on us, to call the authorities to action – as two girls kissing while clothed constitutes pornographic content," she said.

"There's only one conclusion – in our country it's very easy to attract attention with something that's done before in art," she said.

"Many more awful things happen each day and these don't get into the limelight as opposed to this three-minute performance with kissing and breaking glass," she said.

Vilnīte ventured to say, however, that another performance is slated for November 17, at the closing of the exhibition. As opposed to the original performance, what they have planned is bound to satisfy the enraged public.

"It will be a logical follow-up and a conclusion to this entire story. Everyone is invited to be present in the historical event in which me and Elīna will enter a new status," she said.