april 9, 9:27
History
Authors: eng.lsm.lv (Latvian Public Broadcasting), Kaspars Strods, vēsturnieks, Latgales Kultūrvēstures mu (Vēsturnieks, Latgales Kultūrvēstures muzeja speciālists kultūrvēstures jautājumos)
Latgale’s most renowned politician is Francis Trasuns (1864-1926), who led the movement for the reunification of Latgale with Vidzeme and Kurzeme in 1917-1918. While working in the shadows of his famous uncle, Jezups Trasuns (1898-1978), a four-time MP in the Latvian Saeima, established his own reputation as a progressive from Latgale and aligned himself with social-democratic issues. He earned a short prison term under Kārlis Ulmanis' regime, and 15 years in Siberia during Soviet occupation after refusing to become a puppet minister in the 1940 occupation government.

The son of Donāts and Valērija Trasuns, Jezups was born on the Sakstagals “Rubuļnieki” farmstead. He attended Rēzekne Trade School in 1913 where he solidified his Latvian language skills. His path eventually led to an office job in Moscow and the Ivanova “Realschool” near Rēzekne where he lived with his brother Staņislavs.

World War I led to induction into the Czarist army and artillery school, which was followed by a return to Latgale. At the age of 19 J. Trasuns began working for the Latgale Provisional Land Council, and in 1917 he moved on to become secretary for the precursor to Latvian independence - the Latvian Provisional National Council. When the Soviet Latvian government gained control of Rīga in 1919 Trasuns worked as an accountant for the People’s Agricultural Commissariat. 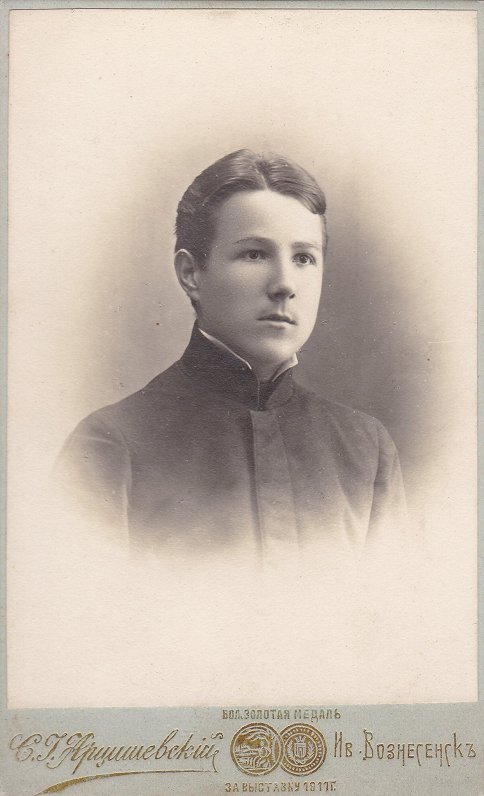 After German forces led the retaking of Riga in May, allowing the Latvian national government to continue its struggle for preeminence, J. Trasuns volunteered to join the fledgling Latvian army in July. He fought on the Latgale front, and when he returned to politics he was appointed as representative of the Latgallian fraction to the National Council of Latvia (Tautas padome), which went on to declare Latvian independence.

As a founder of the Latgallian Labour Party, Jezups Trasuns was elected to Latvia’s Constitutional Convention and to the first Saeima, where he served on the Education Committee alongside well-known Social-democrat politician and writer Rainis. He was also appointed to the board of the Bank of Latvia in 1923 and maintained the position through 1934. At the same time J. Trasuns continued studies at the Economics and Law Faculty at the University of Latvia, dropping out in 1925.

J. Trasuns was consumed by politics and civic activities. He founded the newspaper “The New Current” (“Jaunō Straume”) and was the chief editor until it was closed by the authoritarian regime headed by Ulmanis, leading to six weeks imprisonment for Trasuns. He authored many articles on Latgale culture and politics, while composing poems under the pseudonym “Vasars”. His colleagues included Stepons Seiļs, Francis Kemps, Juris Pabērzs, Vinca Barkāns, et. al. He formed and led two civil society organizations: “Jaunō Straume” and “The Castle of Latgale” (“Latgola Tautas piļs”) in Rēzekne. 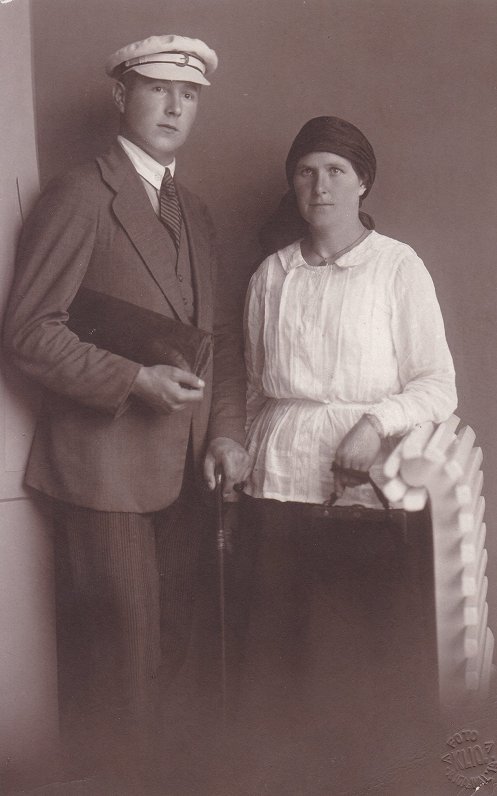 In 1926. J. Trasuns formed the “Progressive People’s Union”, which allied with another small party in 1931 to form the “Latgale Progressive Farmers’ Union”, from which he resigned after a dispute in 1932. He continued to serve in the Saeima.

Jezups Trasuns’ progressive ideas were primarily supported by the young generation, including many farmers, but came under criticism from conservative forces.

The media highlighted his great popularity abetted by his dignified appearance and gentlemanly manners, but the yellow press also closely followed Jezups Trasuns’ political and social exploits. Reports of his six-week European tour of Paris, Nice, Rome and Berlin culminated with political cartoons depicting him as “The Prince of Latgale” and “The Latvian Progressive Prince”. Election campaign rhetoric accused him of “marriages of convenience” for working with the Social-democrats and the Democratic Centre Party of President Čakste and Kārlis Skalbe. His willingness to cooperate with Jewish politicians also was not spared criticism. 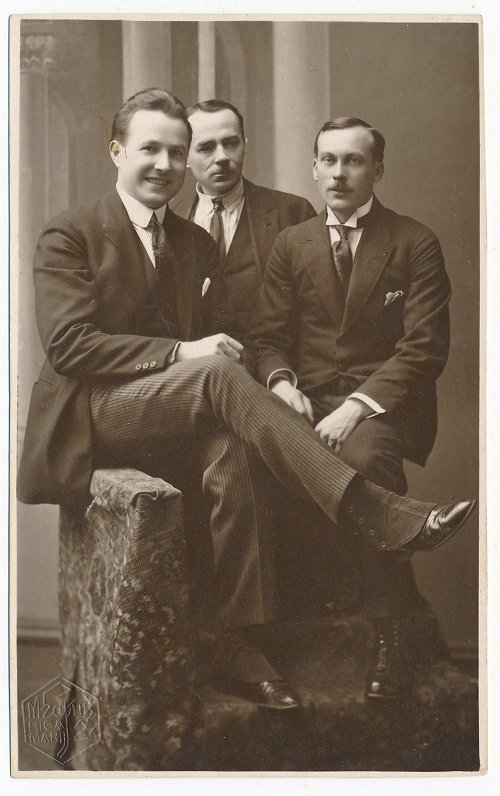 J. Trasuns’ oratory, gracious manners and actor’s talent led him to be the only Latgallian accepted in Rīga’s higher social circles, according to politician Henriks Vizulis (1889–1975).

The fact that he often attended publisher and socialite Emily Benjamiņa’s events alongside leading cultural elites gave credence to this claim. J. Trasuns had a deep foundation in the classical humanities, philosophy, history and art. He was often an acclaimed leader of songs during these gatherings.

Jezups Trasuns was devoted to his political career. He passionately represented Latgale during all four parliamentary terms in Saeima. At the age of 24 J. Trasuns, a left of center politician, was elected for the first time in October 1922 from the Latgale Labour list (allied with the Latgale Smallholder and Landless Peasant Association). He was continually elected from the Latgale Labour Party, which subsequently re-formed as the “Progressive People’s Union” in the following three tri-annual elections.

As is customary with politics, J. Trasuns received his fair share of criticism both during and after electoral campaigns.

One of the sharpest critics of Trasuns’ “progressivism'' was Francis Kemps, renowned for his “Latgale first” politics and preference for radical Latgallian autonomy. Although he later joined J. Trasuns as a colleague in Trasuns-led civic organization “The People’s Castle of Latgale”, Kemps vigorously attacked (“Liaužu Bolss” 09.29.1922) J. Trasuns’ demagogy, inaction, opportunism and kowtowing to the “Balts” outside Latgale. He accused Trasuns of including non-Latgalians as “one quarter of the candidates on his party list, along with others unknown in Latgale”. However these campaign critiques didn’t prevent Kemps from later contributing to J. Trasuns’ newspaper “Jaunō Straume” (“The New Current”), and praising his “eagle-like” work.

It could be said that criticism of J. Trasuns was in part connected with his initial position about fostering greater unity between  Latgalian culture and that of Latvia as a whole.

As cultural historian Pēteris Zeile (1928-2020) pointed out: “Similar to his uncle Francis Trasuns, he (J. Trasuns) initially supported the close alignment of Latgale with the rest of Latvia, with a unified Latvian literature, etc. However, as time passed, he fervently defended Latgale’s cultural uniqueness, Latgalian literature and the need to develop usage of the Latgallian language”. 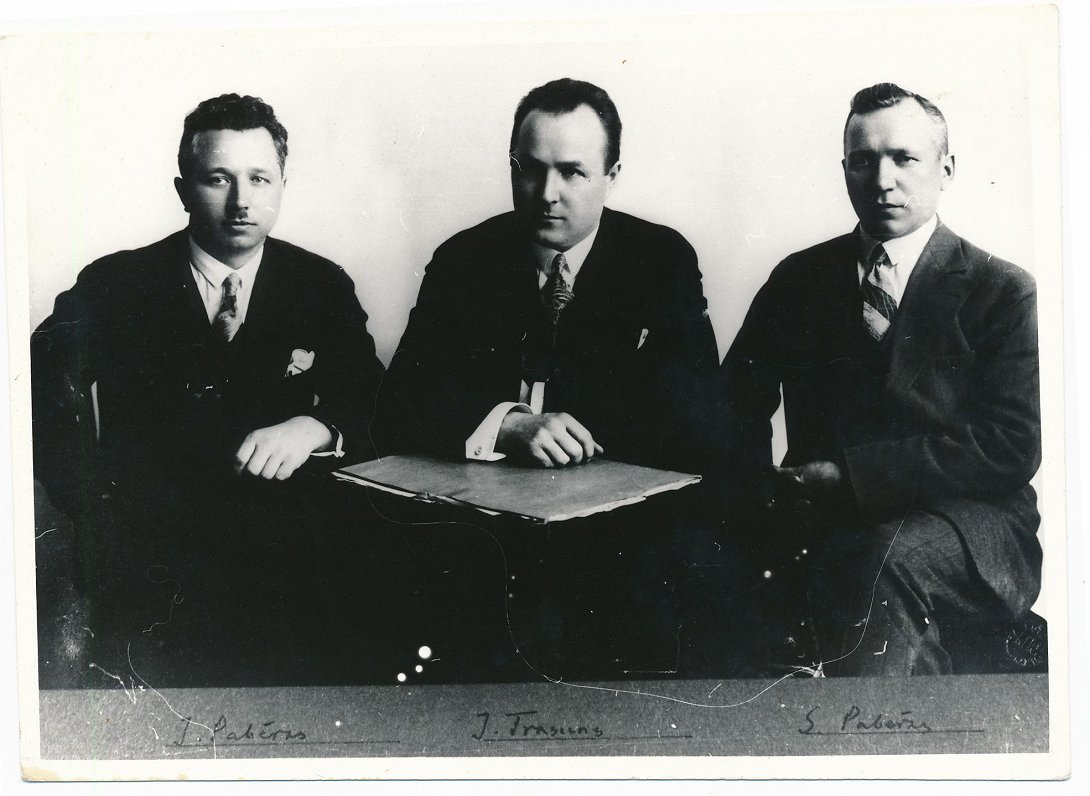 Among J. Trasuns’ harshest critics was the newspaper “Zemnīku Ziņas” (“Farmer News”) published by the Latgale Democratic Farmers’ Alliance. One example is a 09.17.1925 article on “Political drunkards” wherein, in J. Trasuns was vilified in tandem with criticism of Francis Trasuns: “Jezups Trasuns has even more idiosyncrasies than his uncle (Fr. Trasuns), seeking to become the supreme grandmaster destroyer of not only people, but cooperatives, credit unions and smokehouses as well”.

These attacks were elicited by J. Trasuns’ left of center viewpoints regularly published in “Jaunō Straume” (“The New Current”). However Communists, Christian Democrats and Social-democrats were all targets of J. Trasuns’ acerbic pen, thereby increasing the number of attacks directed towards him. On 02.08.1928 he responded flippantly:

“I’m not going to respond to every donkey’s kick, and it’s beneath me to polemicize about every absurdity and idiocy”.

He strove to be a far-sighted politician who cooperated with like-minded political forces. That elicited the ire and disbelief of other Latgallians. Latgallian politicians frequently criticized J. Trasuns for his “tight friendship” with Jewish politicians Mordechai Nurok and Mordechai Dubin, as well as with the Latvian Social-democrats. They charged him with broken promises and involvement in financial scandals. His Progressives were criticized for budgetary waste.

As a board member at the Bank of Latvia, J. Trasuns testified in court against the bank’s managing director Oskars Edgars Švēde (1880–1967) and staff member – Jānis Krauze. 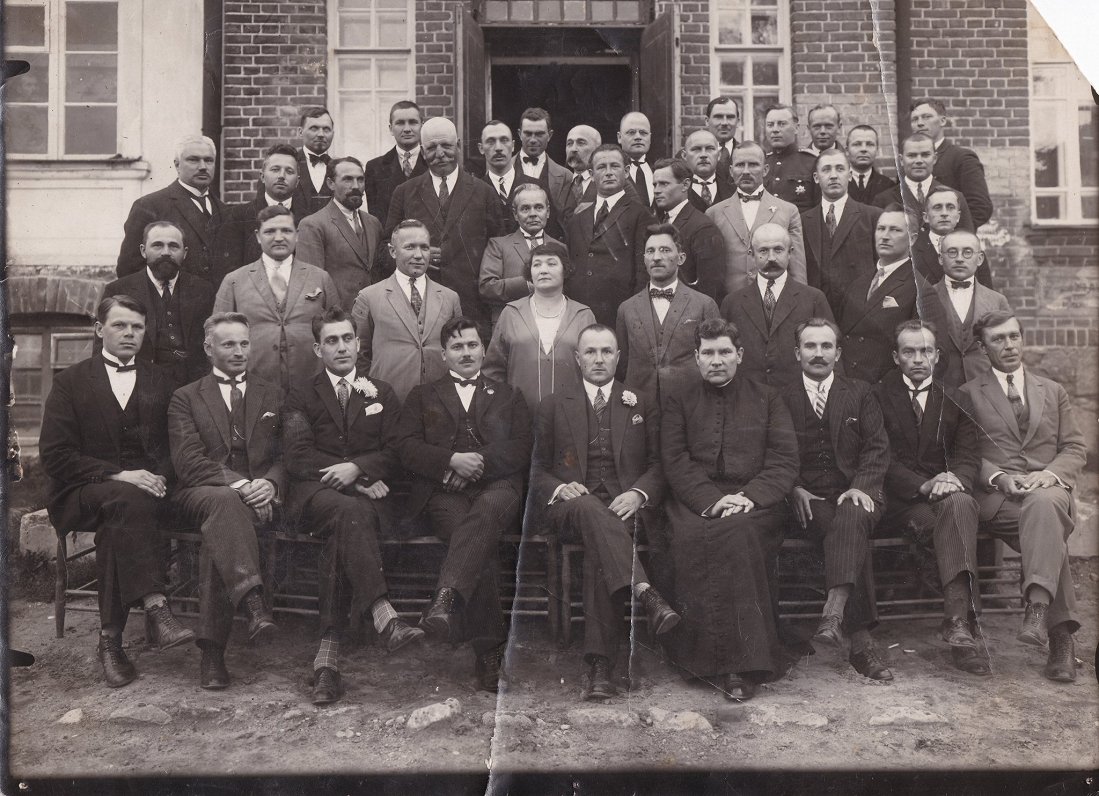 During the 1934 coup orchestrated by Kārlis Ulmanis, J. Trasuns was briefly detained by the Sakstagals National Guard (“Aizsargi”). He lost his Saeima seat and was forced to close his newspaper “Jaunō Straume”, serving six weeks in prison for violating censorship restrictions (euphemistically referred to as an “administrative violation”). He then began work at a credit institution, but maintained contact with his friend and Social-democratic political prisoner Bruno Kalniņš until his release and exile in Finland.

When the Soviet occupation of Latvia began in 1940 Trasuns was working as an accountant. His prestige was such that the Kirchenšteins puppet regime offered him a choice of three ministries. He replied bluntly: “I see through this puppet theater. I have notified Kirchenšteins’ emissary that I remain loyal to the Constitution of Latvia. Only the people of Latvia can free me from this obligation.”

“Juri, Juri, he took the bait on the slimy hook a bit too easily. In that sense he was similar to (Francis) Kemps. I told Juris: you sold yourself for a cheap price..”

Shortly thereafter on June 14,1941, J. Trasuns and his wife Terēze (b. Rancāne) and daughter Anna Aija were separated and deported to Siberia from their 71 Valdemāra Street residence. His daughter returned to Latvia in 1947, but J. Trasuns served his time at the Krasnoyarsk Solikamska prison camp, where he was sentenced to an additional eight years in prison. He was released in 1956 and returned to a frugal one-room apartment with no central heating and a communal dry toilet on Riga’s Laboratorijas Street. Trasuns kept accounts at a Rīga railway office. Despite his lengthy deportation, he resumed an active social life with other independence-era political elites and didn't have fears about meeting with friends and relatives from the West in the 1970's.

J. Trasuns kept in contact with former local Social-democrat MPs Fricis Menders and Klāvs Lorencs, and with the intelligentsia in Latagale. He corresponded with exiled Social-democrat Bruno Kalniņš, despite the vilification of Kalniņš by the Soviet regime as a purported CIA agent. Trasuns boasted that he was the first to have met Bruno Kalniņš after his release from prison during Ulmanis' authoritarian regime. Kalniņš, in turn, wrote that: “He (Trasuns) was a progressive Latgallian leader, a leftist democrat and a shining defender of the rights of Latgale. On political questions, more often than not, we Social-democrats had a good understanding with him.”

J. Trasuns also frequently wrote to US-based Latvian writer Jānis Klīdzējs, also a native of Sakstagals, as well as to his niece and her son Māris Graudiņš (later MP in the 5th Saeima) from whom he surreptitiously received the Latvian Social-Democratic monthly “Brīvība” in the 1970's – a crime punishable by prison.

The life of Jezups Trasuns ended on June 27, 1978. After a career devoted to Latgale and Latvian democracy, one of the most visible members of the distinguished Trasuns family tree was laid to rest in the Ogre cemetery.