As Moscow correspondent in the late 1980s and early 1990s, the Baltic states formed part of his beat. Here he tells Latvian Radio's Māra Rozenberga about his memories of that time and its lasting significance in the geopolitical world.

"It was a very clever idea because obviously it was very good visually for television, a dramatic way of publicizing a cause" says Steele, " if it had been a million signatures or three million signatures, it wouldn't have been the same thing. A petition is just a piece of paper."

"I was a few miles out of Vilnius. It was extremely well organized. It wasn't just people told to come out into the street... it felt dramatic, you felt people were coming alive," says Steele.

"It was a silent society where people couldn't speak publicly about independence or autonomy or sovereignty, but here people were suddenly finding their voice and here a collective voice is much more impressive than a single voice."

Below you can see his original report from Vilnius - just above the crossword and amid reports of job losses in the Welsh coal fields, violence in apartheid-era South Africa and news of the death of renowned psychiatrist and philosopher RD Laing. 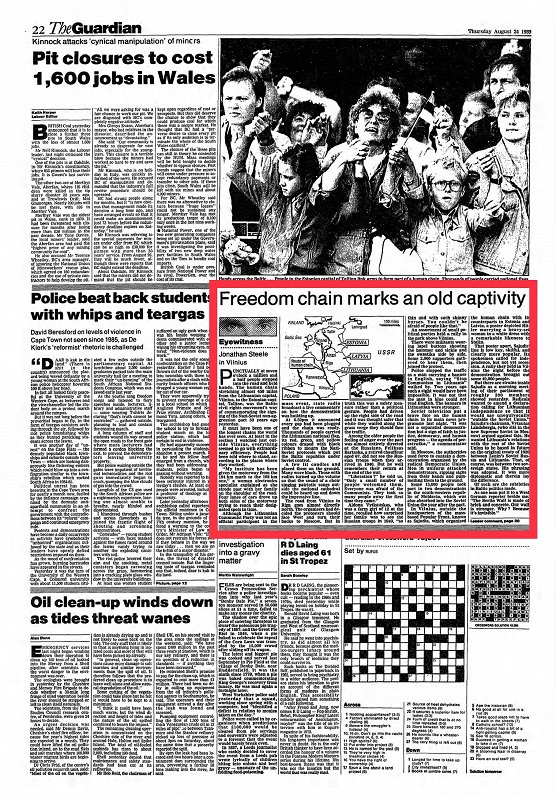