january 15, 16:55
History
Authors: eng.lsm.lv (Latvian Public Broadcasting)
A trove of historical artifacts has been found in the basement sand and debris of the formerly famous Madame Hoyer Hotel in Liepāja, which is undergoing renovations and will eventually become a 17th-19th century historic interior museum, according to a Latvian Radio broadcast and LTV’s culture news broadcast “Kultūras ziņas” on January 10.

“Under the leadership of architect Liesms Markovs and construction archeologist Juris Zviedrāns we tried to sift the sand that fell into the basement under the former pub space,” said Liepāja Museum Director Dace Kārkla.

“There was only one goal – to find out what this building can specifically tell us,” said Kārkla.

The popular hotel had many guests, including Russian Czar Peter I in 1697. During the building’s history the port city maintained trading relations with Holland, England, Denmark, Norway, Sweden, Prussia, France, Portugal, Spain, as well as the free cities of Hamburg, Bremen and Lübeck, so it’s no surprise the debris contained foreign artifacts. 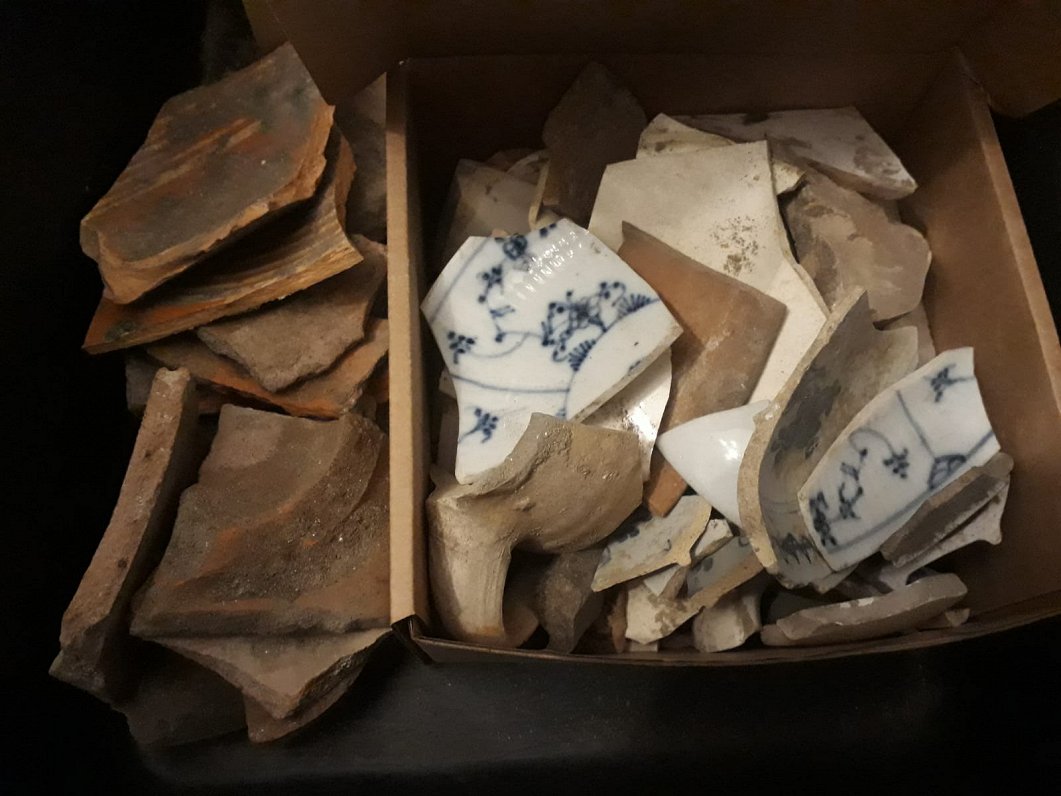 Colorful pot and dish fragments, a Dutch white clay pipe end, 19th century marble doll arms and several coins from various different countries were found in the basement under the pub area. The coins included a well-preserved gold Dutch ducat made in 1802, a 17th century shilling minted in Rīga during Swedish rule, santims from the first period of Latvian independence and WWII-era German pfennigs. 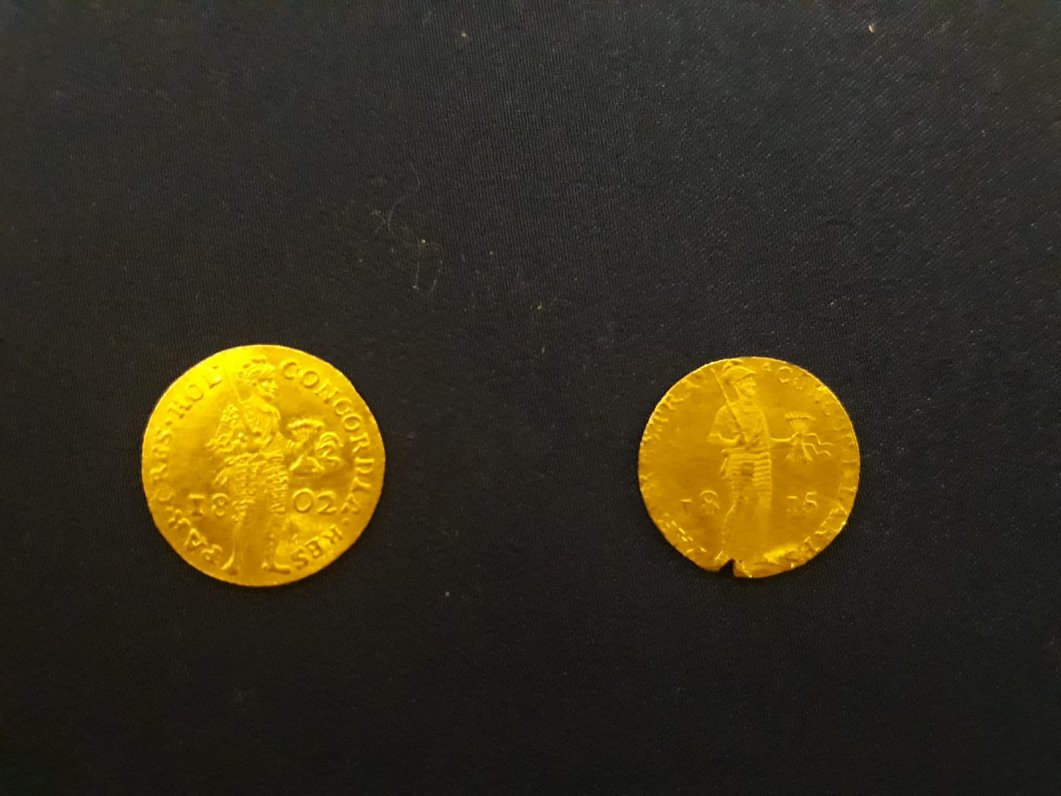 Kārkla emphasized the uniqueness of the Dutch ducat, with only one other similar coin having been found before in Liepāja:

“It’s a rare find in the Latvian territory, because around Rīga such a ducat hasn’t been found, according to the National History Museum. It has been found in Kurzeme, but in Latvia as a whole it’s a very rare coin.”

When renovations are complete the first floor of the museum will contain the guest and private rooms of David Hoyer’s widow Margaret Hoyer, as well as a 17th century pub. The second floor will include the apartment of 19th century notary Christoph Wilhelm Stenders. Construction and archaeological excavation continues, while the museum plans to open by the end of the year.