Look back: Youth congress of Latvian exiles banned in Berlin 50 years ago

On May 9, the National Library of Latvia is holding a forum dedicated to the Latvian Worldwide Youth Congress, which was banned from taking place in West Berlin in 1968 by the Allied powers for fear of provoking the USSR, reports Latvian Radio.

The congress, which had been organized for two years before by the youth offshoot of the European Latvian Association, was moved to Hanover a day before it was to start, namely on July 25, 1968 when politics expert Rasma Kārkliņa, in charge of organizing the event, received notice from the military command of the city that the congress is to be cancelled.

Nevertheless, the ban attracted worldwide attention to the Latvians' cause, with the event and ensuing protests receiving copious international coverage. 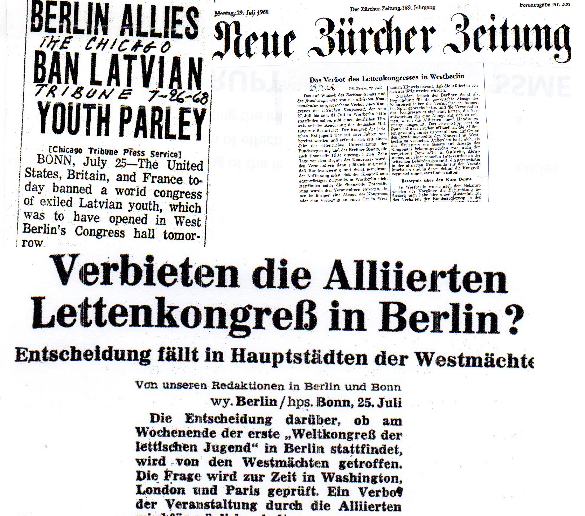 While the powers that be prevented the congress from happening, many of the participants were able to make it to Hanover, where the spirit of protest had not died down.

A delegation was formed to protest the decision at the US Embassy in Bonn. Latvians were admitted by US ambassador Henry Cabot Lodge Jr, participant and current MP Atis Lejiņš recalls.

"He told us, well, what could we do. We're here for you, but if we had allowed you to stay [in Berlin], Moscow would use it as an excuse to march into Czechoslovakia. Which is what happened a month later. Barring us was completely unacceptable, as [the USSR] did it anyway...we were just a symbol," Lejiņš recalls. 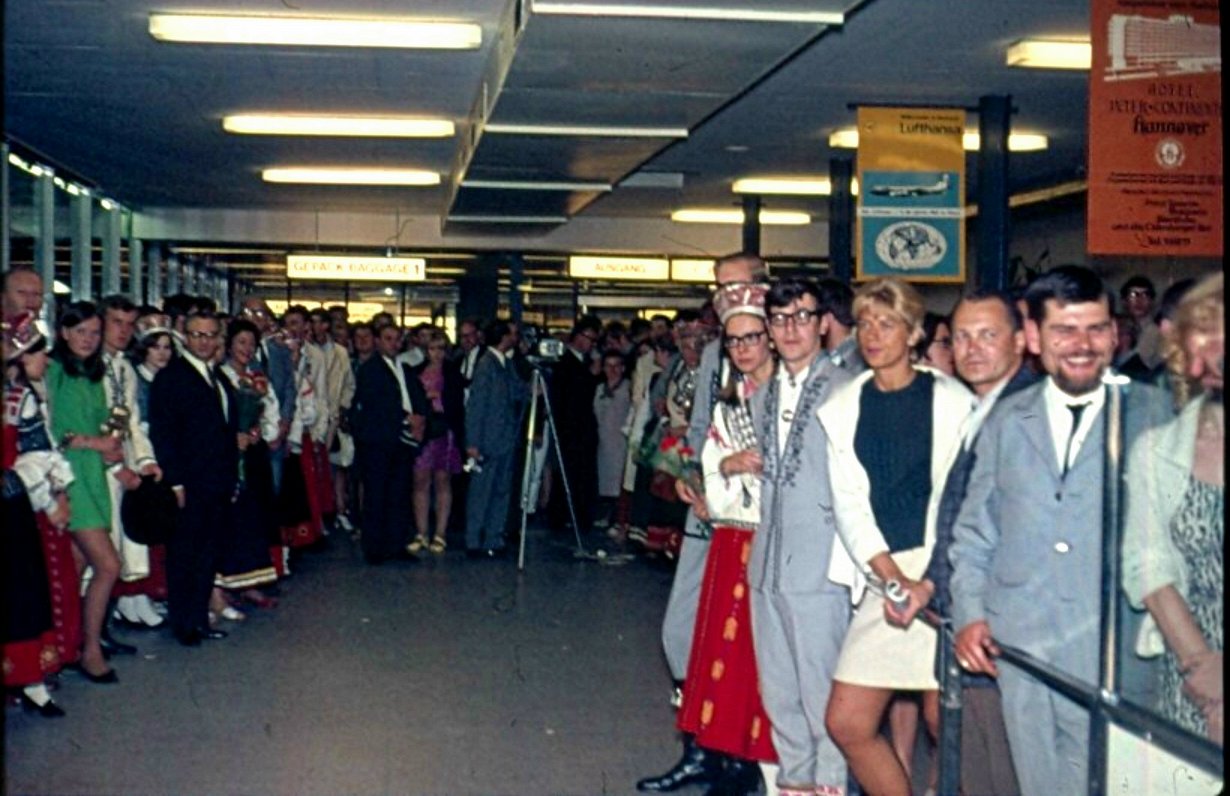 (Expecting the arrival of Latvians at the Hanover Airport. Image credit: The National Library of Latvia.)