may 25, 2018, 14:09
History
Authors: LTV, Mārtiņš Ķibilds (LTV raidījumu "Atslēgas" un "Adreses" veidotājs)
As the nascent Baltic states were fighting for their freedom, they nevertheless found time to draw borders. In 1919, the Ruhnu island, closer to Latvia than Estonia, was inhabited by Swedish seal hunters. Nevertheless, it fell to Estonian control.

To Latvians, the question of who should own the island is quite simple. Just 36 kilometers of sea divide Ruhnu from Latvia's cape Kolka. The closest capital is Rīga (110 km), and the nearest port is Latvia's Roja, some 45 km away.

Administratively speaking, too, Ruhnu island had always been part of Latvian territory. Until the First World War, it was part of the Russian Empire's Governorate of Livonia. So why, one may ask, is it Estonia's? 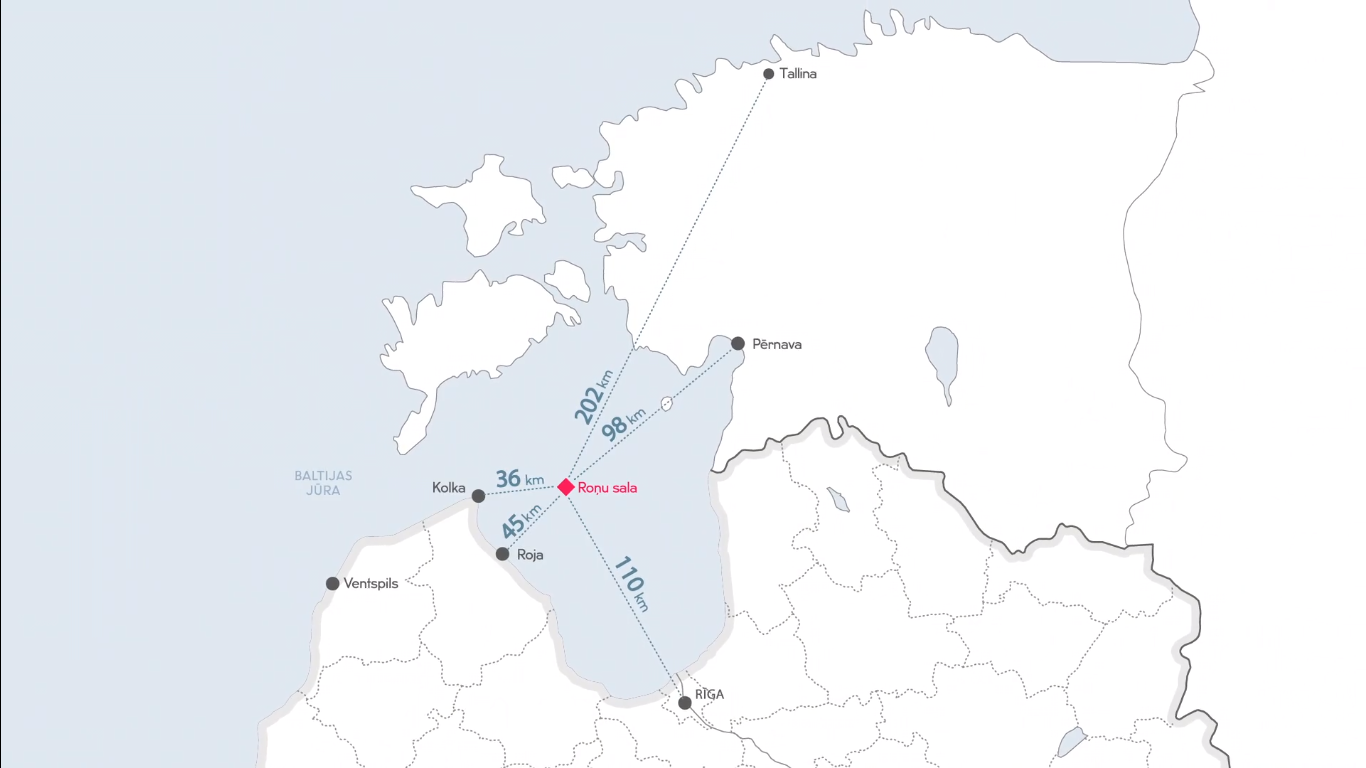 There's a disparaging trope among Latvians, who call Estonians slow. Estonians nevertheless appear to do everything faster than us. Starting the trend, they gained autonomy from Russia in 1917, faster than Latvia did.

Nevertheless the fate of the island was not decided by Estonia unilaterally. In a marked difference from the other contested locations, Ruhnu's inhabitants were neither Estonian, nor Latvian. Since medieval times, its sole inhabitants were Swedish seal hunters. They made a living by selling seal fat in the nearby ports, chiefly Rīga. Indeed, the Latvian name, Roņu sala literally means 'Seal Island'. The locals had never succumbed to a modern government. They had an elder, who they elected themselves, and big decisions were made jointly in meetings near the local church.

Hoping to receive a warm welcome, representatives of the Estonian government came to the island in summer 1919. They had to wait until May when the ice melts and storms subside, making the island accessible. The visit was in some ways quite similar to colonist expeditions to the natives of the New World.

The ship had "barter currency" loaded onto it in Tallinn, including salt, petroleum, flour, leatherware, guns and ammunition, and alcohol (even though Ruhnu locals were known for their teetotalism).

When the ship was close to Ruhnu, the Estonian delegation had to wait for several hours to get ashore as the first talks with the careful natives and their elder took place at sea. Ruhnu locals weren't, of course, attracted by the idea of belonging to Estonia; they'd have preferred autonomy, as was the case historically. They nevertheless realized quite well that their chief hunting grounds in the north were practically speaking under Estonian control, and if they'd choose Latvia they'd have trouble earning a living. Another reason was that there were Swedes living on other Estonian islands. If they'd join Latvia, where Swedes had never lived in such numbers, the Ruhnu locals would have lost their ties to their minority and their ethnic homeland.

Thus, having exchanged their wares for seal fat and having obtained a promise from the locals to become loyal citizens of the new Estonian state, the government delegates departed for Tallinn.

That was the first time the Estonian national flag flew at Ruhnu, right by the two churches where the locals engaged in decision-making. 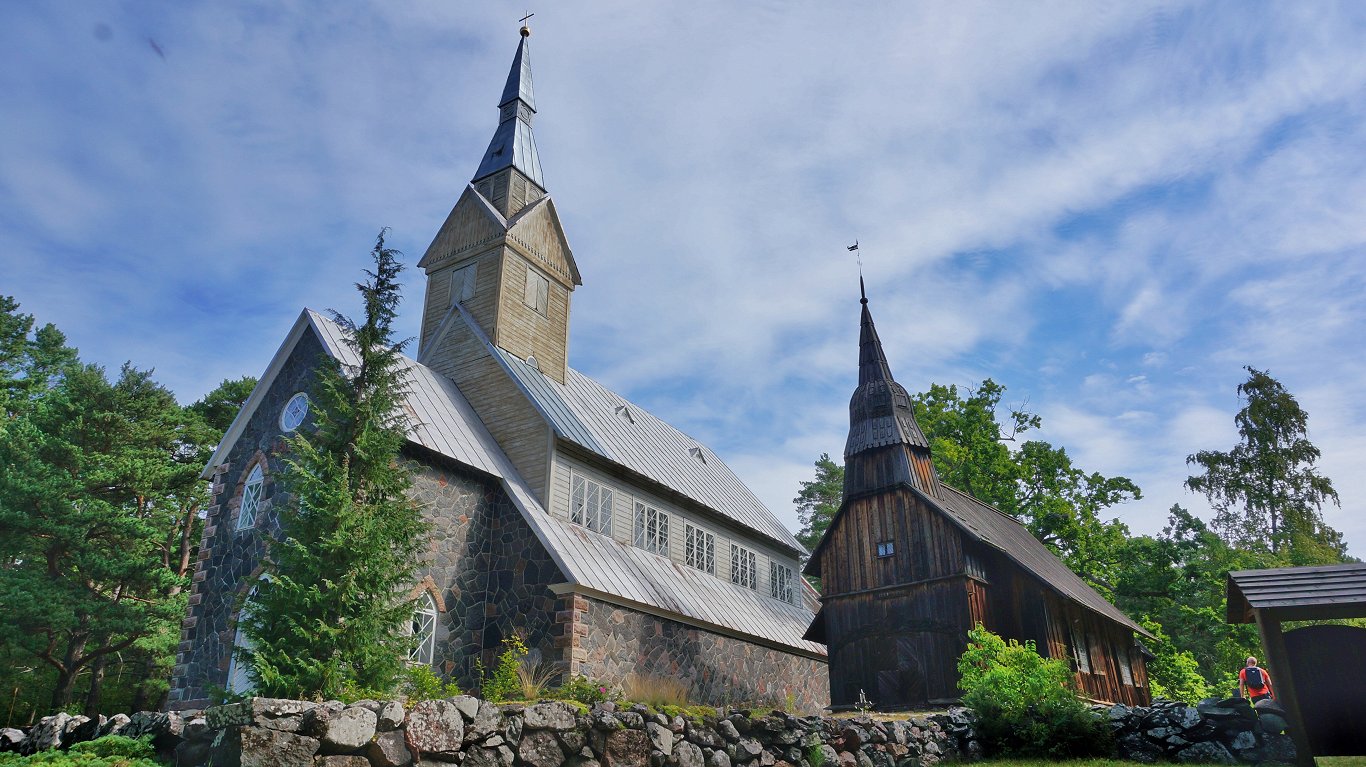 Ruhnu as payment for part of Valka

The honeymoon between Estonia and the Swedes living on Ruhnu would not last. The islanders hated the high taxes and the ban on felling trees in state-owned woods. They petitioned Sweden to annex the island. Several delegations from Estonia arrived to placate the locals, acquiescing to all their demands. The Ruhnu Swedes were even able to exempt themselves from conscription: instead, they could serve in the army at the lighthouse on the island.

Latvia joined the soap opera that played out between the Swedes and Estonians by literally appearing on the horizon a few weeks after the first Estonian expedition to Ruhnu. It is assumed that Jorģis Zemitāns, the commander of the Latvian Northern Brigade, had sent a single boat to examine the island, and Latvian soldiers turned back when they saw the Estonian flag flying high.

Ruhnu was not, at the time, on the agenda of the Latvian Provisional Government. While Estonia had acquired de facto independence and was busy surveying its borders, there were three governments fighting for power in Latvia. The Estonian army helped Latvia a lot, especially during the Battle of Cēsis where the cabinet of Andrievs Niedra fell once and for all. But even then it was obvious that the mutual aid the two fledgling countries gave each other was based not on sentiments of brotherhood but rather cold calculation.

Estonia agreed to help when the Ulmanis cabinet promised the town of Valka would be theirs. They would give Ruhnu to Latvia in return. Later, Ulmanis withdrew from the agreement.

Logically enough, the Estonians felt cheated, and suddenly Ruhnu became a principal bastion they would not cede no matter what the cost. Soon after the border talks began, it became obvious Latvia won't get Ruhnu. Despite the arguments that the island lies in Latvian territorial waters and that it's an important base for ships departing from the port of Rīga, the Estonians wouldn't hear of it. Especially because Latvians had been equally unflinching when there was talk of ceding Valka. It could be said Latvia paid for Valka with Ruhnu.

In 1920, when Estonia declared Ruhnu to be part of it in its constitution, Latvian Foreign Minister Zigfrīds Anna-Meierovics handed in his resignation, because he had been unable to protect Latvian interests. Prime Minister Kārlis Ulmanis did not accept it, and formal squabbles over Ruhnu continued for at least three more years between the neighboring Baltic states. At that time, Meierovics had become head of cabinet, and it was to him that the unfavorable duty fell, to sign a border treaty with Estonia on November 1, 1923 in Tallinn.

The delegation returned to Rīga like losers, attacked by the opposition and the press alike. A few months later, Meierovics' cabinet resigned, and the failed talks with Estonia was one of the reasons why. 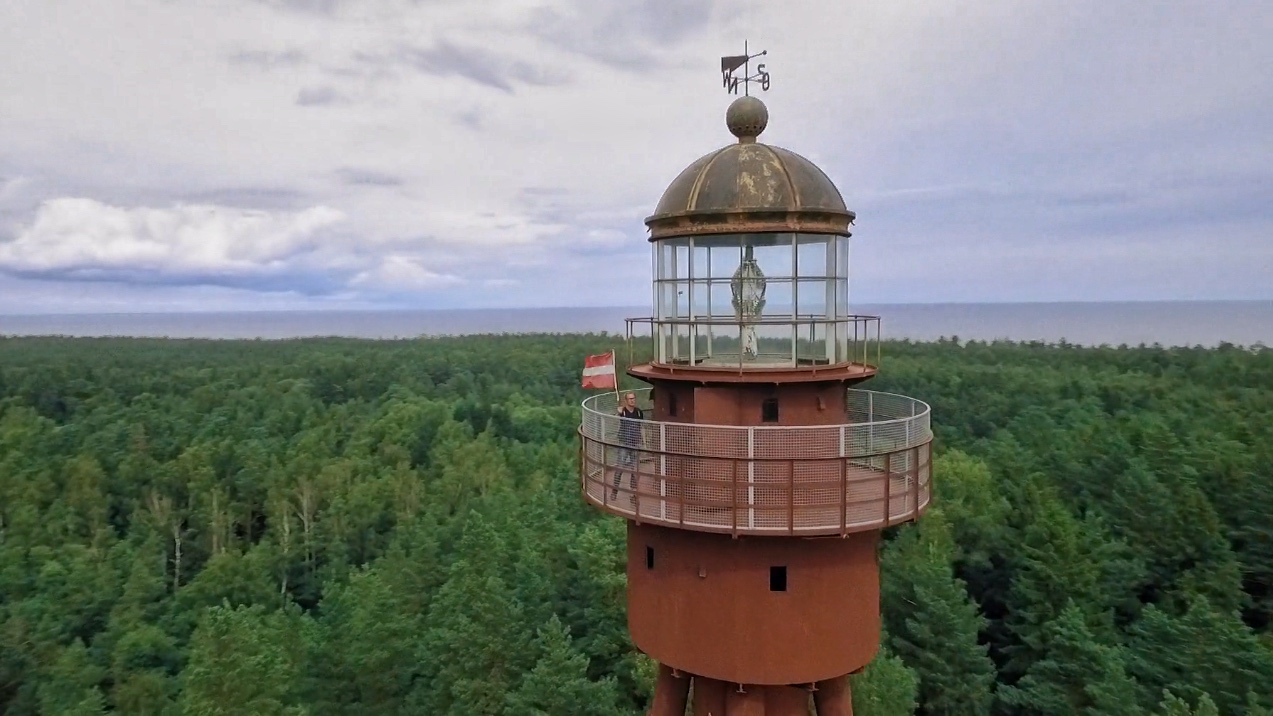 Only history testifies to another unpleasant fact. Ruhnu could have been Latvia's, but the country's sulky approach prevented this. The border treaty allowed Latvia to build shipping infrastructure on Ruhnu, a demand Latvia made insistingly during talks. There were specific plans discussed on government level to set up a sheltering harbor there, as well as stores of coal and fuel; a weather station and a radio station; and even a runway for planes. In summer 1924, a Latvian delegation went to Ruhnu for an on-site inspection. They came, they saw, and decided not to spend money on this plan.

All that Latvians had left of Ruhnu were nostalgic memories of what could have been Latvia's only sea island. This sentiment was enough to inspire tourism to Ruhnu.

On 1939, Kārlis Ulmanis christened the first tourism ship, Banga, for its maiden voyage to Ruhnu where Latvian tourists went to visit.

Meanwhile Estonia never really did anything with the island. They didn't build much there, and didn't even really want to live here. By the 1930s, there were only five Estonians between the 280 inhabitants of Ruhnu. It went on like this until the end of the Nazi occupation, when all Swedes left the island, fearing the return of the communists. It was only then that it was really left to the Estonians.

While being a historic beginning of the inferiority complexes on the part of Latvians, it must be said Estonia gained its independence faster because war lasted longer in Latvia. Here, foreign powers saw more they could acquire.

Latvia had larger cities, mightier ports, a more favorable location and finally much more land than Estonia, even without Ruhnu.

Nowadays Estonians don't really visit the island, as I have learned from my acquaintances up north. Out of ten people I asked, only one had visited it. Estonia has 2,355 sea islands in total, but not one of my friends knew the exact number.