The foundation of the Baltic Higher Technical School in 1918

The beginnings of technical education

Within a few decades, Rīga had become the fourth largest city and industrial center in the Russian Empire, behind St. Petersburg, Moscow and Warsaw.

Liepāja, Ventspils and Rīga all vied for the honor of being the largest port of the empire. Well-prepared specialists were needed for factories, commercial enterprises, agriculture and transport. They were educated at the Riga Polytechnic. 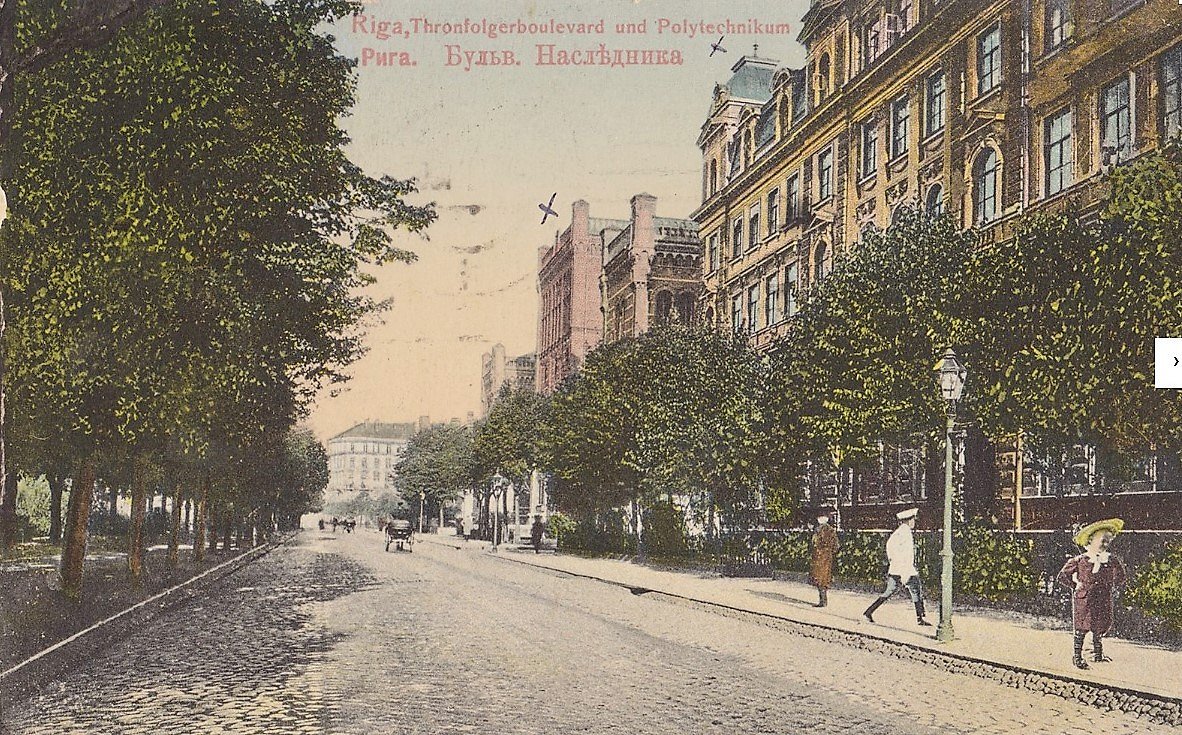 In 1896 Russification efforts resulted in that the Polytechnic was renamed the Riga Polytechnic Institute. German was replaced with Russian, and the empire's study standards were adopted at the institution. There were more than 2,000 students studying at the institute by the First World War. It operated until 1915 in Rīga when, together with many other education institutions it was evacuated to Russia, where it continued operating in Moscow. After the war it was impossible to return it to Latvia and the institute's valuable library was lost.

After Rīga fell to the Germans in 1917 the occupation powers didn't prove enthusiastic to restore its operations, even though the former personnel wanted to.

The German administration was afraid of possible student protests.

Meanwhile students and professors continued preparatory work to restore the institution. Students and personnel, scattered over the world, were called back (for example, the professor Gregor Schwartz and others returned). The Latvian Association of Education, which wanted to introduce higher education in Latvia, was persecuted by the German occupying powers. 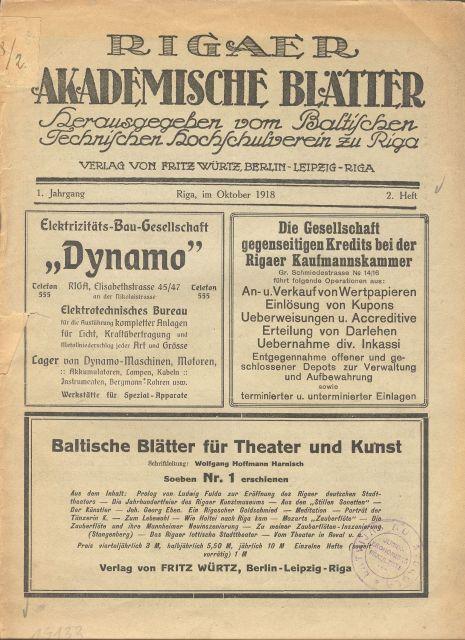 On the 56th anniversary of the Rīga Polytechnic, on 14 October, 1918 the new institution was unveiled. The service dedicated to the opening started at 10 a.m. at St. Peter's Church. At noon, it was officially established with an official act at the main hall of the school.

The first to address the attendees was the German general Hugo von Kathen. After salutations to the health of the German Kaiser, city and business representatives took over. This was followed by festivities at the Small Guild Hall at 9 p.m. and celebrations continued in the premises of corporations.

From a Higher School to an University