The role of Latvian Radio journalists during the National Awakening

march 18, 19:01
History
Authors: eng.lsm.lv (Latvian Public Broadcasting), Māra Rozenberga (Latvijas Radio Ziņu dienesta korespondente)
May 4 this year will mark the 30th anniversary after the Supreme Council vote to reinstate Latvia's independence. Latvian Radio looks back at important radio broadcasts and personalities that contributed to the growing sentiment of the National Awakening in the 1980s.

"We, the authors of this broadcast, first and foremost wish freedom to Latvia and the Baltics," said Ingrīda Ābola, the host of the Gadsimtu grieži (Turn of the Centuries) broadcast in January 1990.

The quote comes from one of the very few records preserved in the radio archives from the time of the Latvian National Awakening.

"Audience letters such as these are necessary too I think. I'll read one of them. 'I am writing indignantly about your broadcast of December 17. I wouldn't have written if the broadcast were just a fluke, but it wasn't. Don't you see, messieurs at the editorial board, that day by day we're forgetting more and more about what we've achieved as part of the Soviet Union?'" Ābola said at the broadcast.

"I have to break this to you, comrade Vanags. We see from your letter that you understand this too: there are very many of us who think in the manner you so dislike. And we will keep our stance," said Ābola.

Gadsimtu grieži was first broadcast in spring 1988. It was a Saturday evening show where historians were invited to talk about, for example, the 1940 events in Latvia, the disappearance of the multi-party system in Russia and also slowly introduced discussions about deportations, the Latvian Legion and the National Resistance. 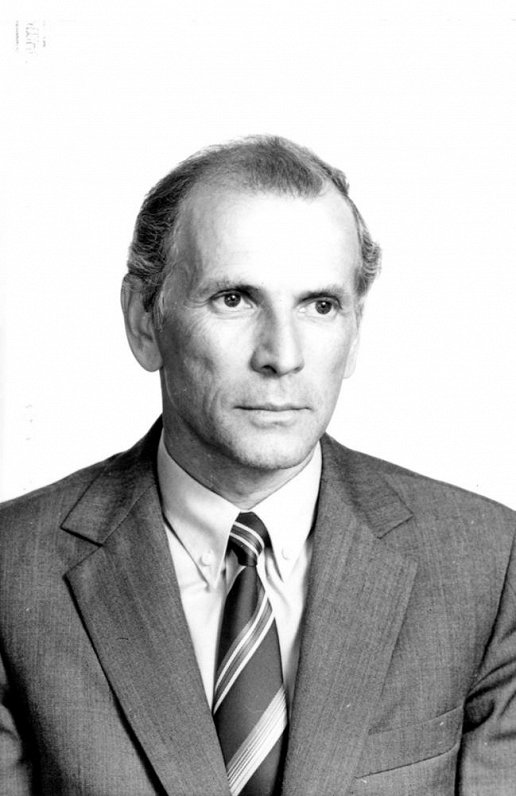 "A dozen people came each day, people who had been deported were waiting in line as they were eager to tell all about it live. And people wanted to listen to it," Ābola, a long-standing journalist at Latvian Radio, now says. Was it easy to clear such topics for broadcast? "Well, before Mr. Labanovskis became the editor-in-chief, it wasn't easy at all. We had to cut a lot. I won't name the previous editor-in-chief. But you know, there was something in the air."

Rišards Labanovskis was the Current Affairs editor-in-chief at Latvian radio from 1986.

"It was the former Propaganda Department. Together with the news desk, it was almost the main ideological desk at the radio. Well, we remade it to be a bit different," Labanovskis told Latvian Radio.

His colleagues call Labanovskis a "wall" that could avoid censorship, at times, in the late 1980s. Back then journalists had to run every broadcast by the censorship.

"I want to talk about the so-called 'sausage broadcast'," Ābola says. This broadcast – which has not preserved, as many tapes were either re-used or have simply disappeared – was a story about the Valmiera Meat Processing Plant. Ābola said that some of the employees had shown her documents saying that the company made sausages that didn't make it to the 'proletariat'.

"I had the documents ahead of me and made the show. We listened to it together with Rišards. I left it and went to Germany. Rišards had gone to see the censorship, and was told it can't be broadcast. But Rišards said that it must be, and in the end it was," Ābola said. 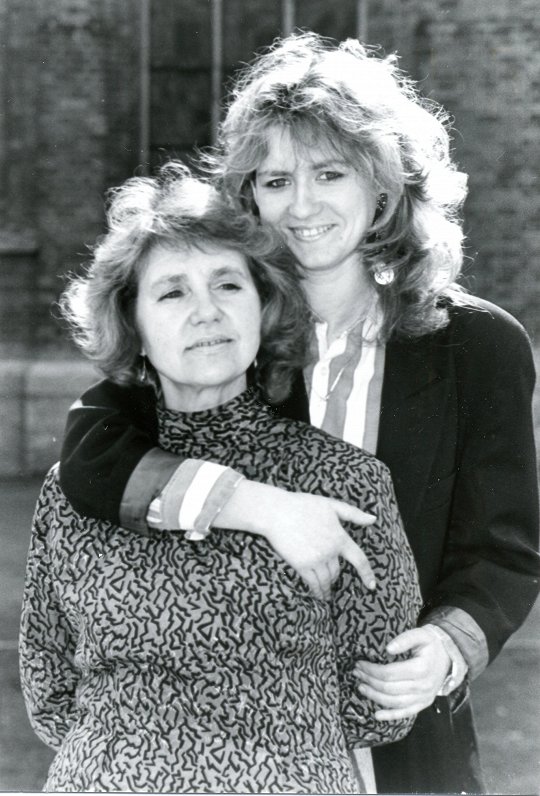 Lia Guļevska, who was in charge of the Mājas svētība domestic affairs show, remembers a similar story. She was to make a story about bunkers for storing radioactive waste. The workers worried that the bunkers wouldn't hold as they didn't have enough materials.

"The show was aired and as I understand afterwards Rišards had serious talks with the authorities, meaning what right he had to have it on air," said Guļevska.

"Well it wasn't just personal heroics. When 1986, 1987 and 1988 came everyone was gripped by the prevailing spirit," said Labanovskis. "According to the regulations, you couldn't air a show if it didn't have the censor's stamp. But from time to time I signed it saying it can be aired without censorship. I assumed responsibility, and sometimes it was followed by different talks [with the higher-ups]." 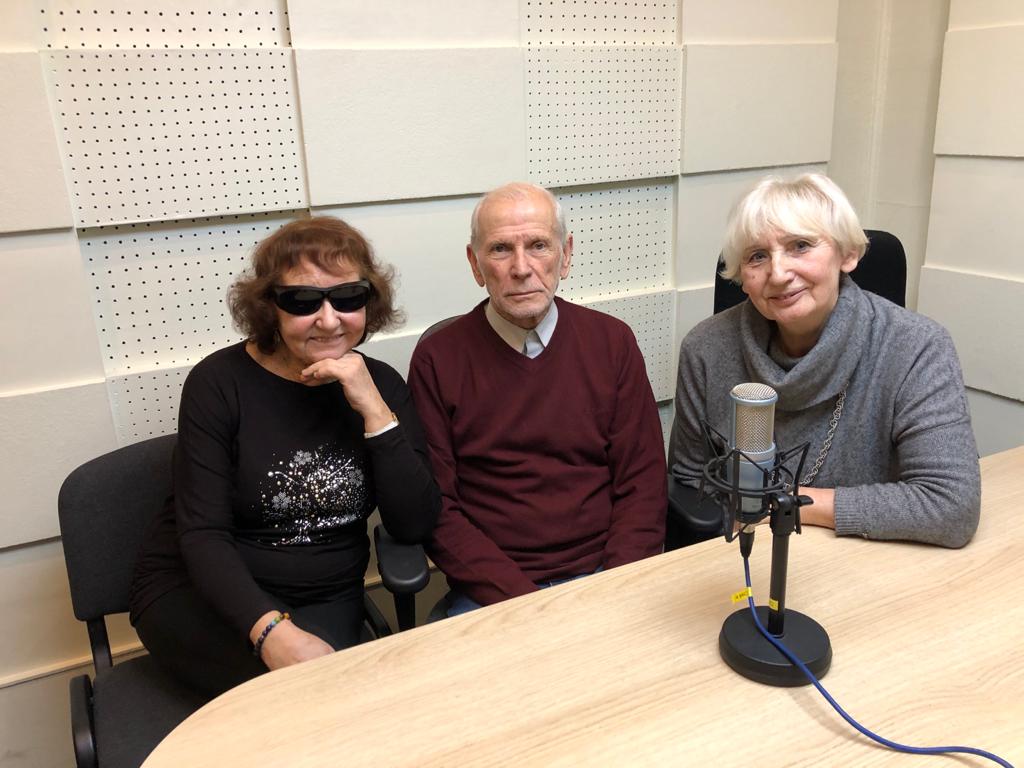 Radio journalists say that the June 1988 meeting of the Creative Associations was an important turning point. It was recorded for television and radio, and no one knew beforehand that Mavriks Vulfsons, a mild-mannered intellectual and television personality, would say his legendary words: "It was a gross violation of international norms, and, speaking as it were in a strange manner, a violent occupation of Latvia."

Rišards Labanovskis is sure that journalists contributed a great deal to the National Awakening. "My principle as a journalist and editor was not just become an evangelist myself, as that was a slippery thing. You know the basic postulate of Soviet propaganda: the fools won't understand, the smart people will be silent, and we'll put the courageous ones in prison. So we had to balance between being silent and being put behind bars," said Labanovskis.

"In order to make it easier to report and promote common sense, we invited to our shows people who enjoyed authority across the public, the people who hadn't forgotten how to think independently during the long years of socialism. They were endowed with a humane ethics and meant well. Thus you could tell a lot, but of course you had to speak in the manner of Aesop. [..] There was the philosopher Augusts Milts, Ita Kozakeviča, Sandra Kalniete, Pēteris Laķis, Ilze Ostrovska, Ilga Kreituse, Eduards Berklavs, Ilmārs Lazovskis, Vilnis Zariņš," said Labanovskis.

The influence of the creative intelligentsia and the media is illustrated by Ingrīda Ābola's memories of the actors' protest on March 6, 1989. They protested restrictions of press freedom at the Central Committee building.

"A poster said, 'Hands off the journalists!'. Journalists were named, including ours. When the 'black Bertha' came to collect them, [Jānis] Skanis had been beaten up, while [Antra] Liedskalniņa said, 'We'll play them something in the car too'. [Uldis] Dumpis was taken as well. It was such a ruckus!" said Ābola.