Ancient Chinese text to be translated into Latvian

july 1, 2019, 21:41
Literature
Authors: eng.lsm.lv (Latvian Public Broadcasting)
The oldest known Chinese text is the Book of Change (I Ching). The book is around 5,000 years old, and happens not only to be a unique relic of history, but also a popular source of wisdom in today's culture. It thus comes as no surprise that it has been translated and re-translated into countless languages.

The Book of Changes has never before been translated into Latvian, but now the leading Latvian sinologist, associate professor at the University of Latvia, Agita Baltgalve is working to introduce it to Latvian audiences. She has completed the major part of the work – translated the body text from the ancient Chinese.

The Book of Change, by virtue of its significance and influence, is often compared to the Bible and the Indian Vedas, and yet it's not a religious text. In essence, it's not even a book in the traditional sense of the word, as it was made and used according to other principles.

The Chinese created the Book of Change thousands of years ago, and its core is made up of two lines – broken and unbroken, Yin and Yang– in different combinations. These lines denote all the opposites in the world – the earth and sky, light and dark, male and female, etc. The lines are grouped into 64 hexagrams or chapters, each explaining the relation of human life to the order of the Universe.

Baltgalve compares this scheme to the modern information technology. “All programs are based on 0 and 1, and all the variations can be achieved only from these two values,” Batlgalve explained. "And the Chinese, one could say, revealed this before the invention of writing, as it is supposed that these signs were the antecedents of hieroglyphic writing.” 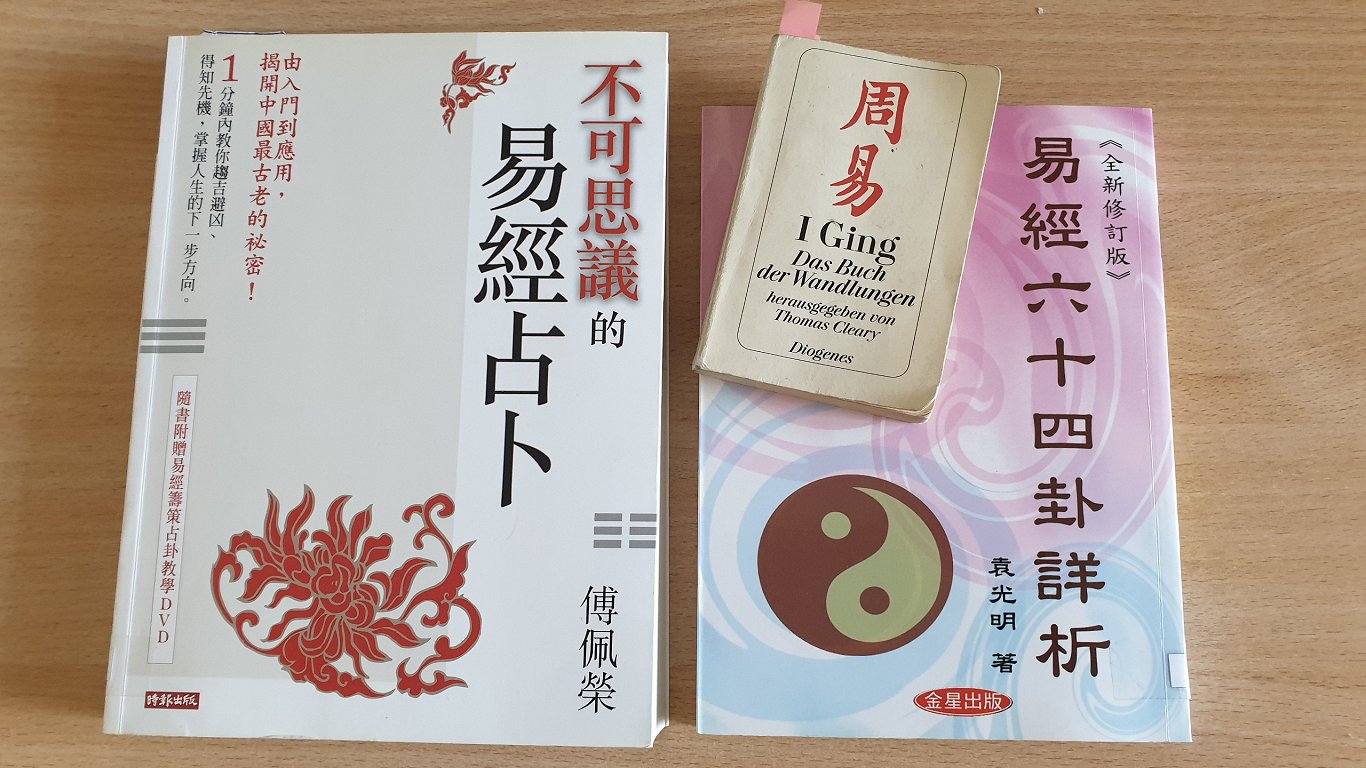 The body text of the Book of Change has been supplemented over time with comments which explain the source of the ancient writing from a wide variety of perspectives and areas of life. Mathematicians, physicists, psychologists, martial artists, and many other can all find helpful advice in the text.There are answers to both global and individual questions.

“I became interested in this book when I found more than 200 volumes of traditional comments on it in a library in Taiwan,” said Baltgalve.

When asked whether specialists from a variety of fields will be able to find answers or motives for action in the translated text, Baltgalve opined that this is the aim of the book. “The Book of Changes can be asked any question. And then two hexagrams, two traditionally, one main and the other complementary, are chosen, and provide an answer to any question,” she explained.

Looking for answers in the Book of Change is a reality-based praxis which has nothing to do with the supernatural. To the modern mind, however, the methods which are still being used to find the hexagram that would answer the posed question do seem peculiar, noted Baltgalve.

Whereas in the ancient times it was animal bones and turtle shells that were used for divination, now it is 50 yarrow stems or sticks, or 3 coins, or something else, and the divination process is quite specific.

Through divination, the appropriate hexagram is found. Baltgalve picks the 11th hexagram, which is called “Flourishing”. “Its Message is – “The little one goes, the big one comes. Happiness. Growth”. An auspicious prediction. Then there are explanations by each line. You have to start from the bottom. Because everything starts from the ground. Man grows from small to big. The tree is also small at first, and then it stretches upwards. The house is built from the ground up. The first line says – “When you pull the grass, its roots catch to others. The voyage was a success”. It says that action, work is recommended.”

The following lines give more advice, recommendations, and warnings, and, once the hexagram is studied, it becomes clear that nothing is clear in it. The message can be interpreted differently by everyone, according to what the reader is going through at the moment.

“In fact, the reader is also creating this book by interpreting it. You have to delve deeper into your own situation, sense your relationship with your surroundings or your problems, and then the message can be used to find the way to improve your situation,” Baltgalve explained.

The translator intends to call the book “Life Wisdom for the Individual, Society and State”.

It is likely that there hieroglyph of change, the visual representation of the book, will grace the cover.

"Change, variability – this is the one principle on which everything based,” said Baltgalve. “All things are subject to change, and the book teaches the person to adapt to this change. If a person can predict the changes, can prepare for them, then he can find a way out of any situation”.

The translation of the Book of Change demands a lot of work from the translator. Agita Baltgalve has now translated the body text and written an introduction delineating the book's history and the method of reading the lines. The task now is to write the commentaries.

In order to produce the best translation possible for Latvian readers, a number of seminars were held where the translator met with interested parties and invited them to weigh in on the book. The seminars will continue into autumn. The book is expected to come out in full in less than two years.