There was also double-digit growth in air freight with Riga International Airport receiving and shipping 26.3 thousand tonnes of cargo, which is 12.1 % more than in 2017.

A notable exception to the growth trend was the fact that the volume of oil products transported via the main oil products pipeline fell by 21.3 % and freight turnover dropped by 21.4 %. 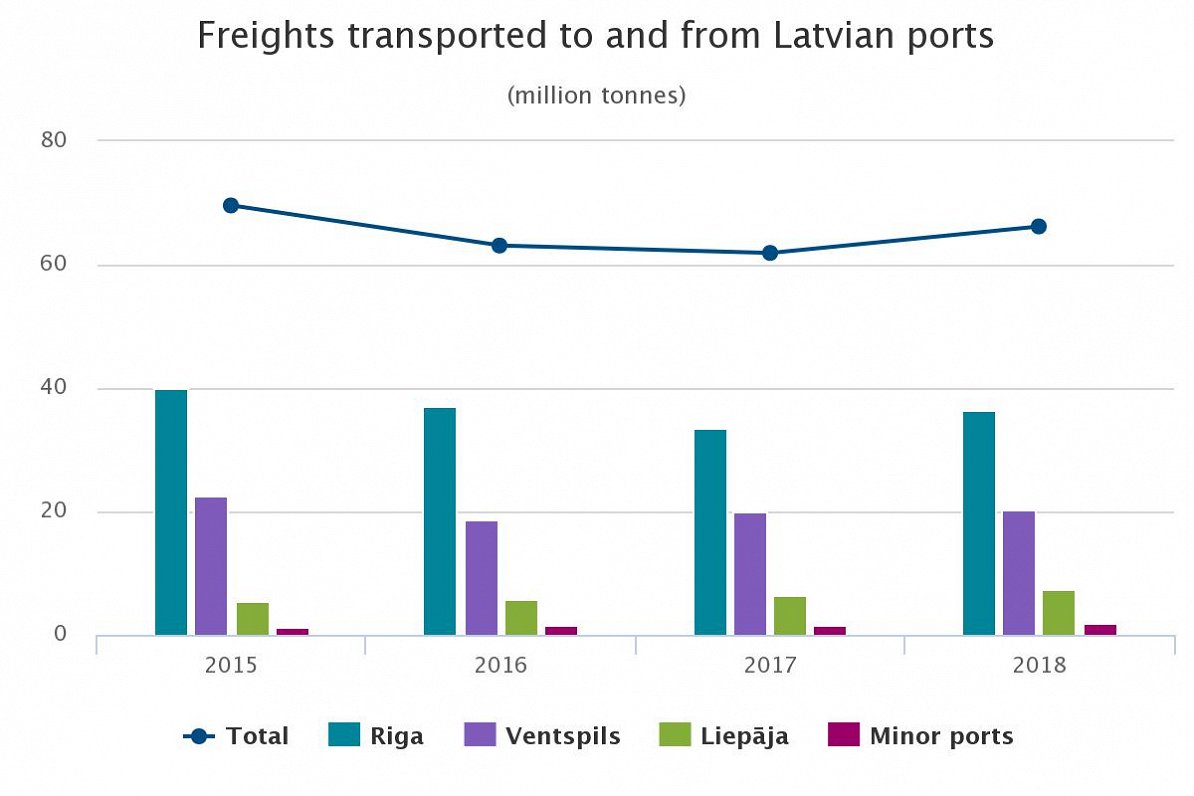 While passenger numbers in all transport modes also increased, the growth was more modest: in 2018, the number of passengers carried by land passenger transport comprised 243.2 million people, which is 0.1 % more than in 2017.

The number of passengers arrived at and departed from Latvian ports with ferries accounted for 1.1 million, which is 6.9 % more than in 2017.