A European-scale long distance bicycle trail Eurovelo 13, among many other places, weaves through Lilaste in Carnikava municipality. Or at least it should. According to a Latvian Television broadcast October 25, the trail stops abruptly on one side of the busy highway A1 and continues on the other side, with no means to get across.

For the residents of Lilaste, as well as for guests, crossing the A1 highway is mission impossible. There is no pedestrian crossing. As long as 20 minutes pass gauging the exact moment to jump, in a Frogger-game fashion.

The locals already know the situation, and are angry, but are accustomed to waiting. However, a bike trail of international scale, Eurovelo 13 - the Iron Curtain Trail, attracts hundreds of foreign cyclists each year. The route is 9,950 kilometers long and crosses 20 European countries - but not the A1 highway.

Tourism expert Dainis Pūka said that there is a sign that the bike/pedestrian trail continues. “There is also a sign that this is an international trail, marked on all digital and print maps in the world. Tourists come here, cyclists who have travelled 1,000 kilometers, have travelled all over Europe, and here they get confused. They are intimidated by the flow of cars, and they can't get across.”

The problem is also recognized by the Carnikava City Council. “We also came to it that there was no agreement with the Latvian State Roads, and our trail has only been designed to the bus stop.

"It is clear that there is a need for a transition, all the more so because, in the past, a very unfortunate privatization has resulted in the old bridge passing over the river at Lilaste being closed.

"There is a private area and you cannot actually leave, although the maps show you can. Then these tourists get confused,” said Daiga Mierina, chair of the Carnikava City Council.

“We – citizens, tourism entrepreneurs – do not see how to cross this place, because traffic is intense here, of course, transit trucks have to get from point A to point B. We just can't cross. We are outraged,” said tourism specialist Pūka.

One of the safer ways of crossing the road is to try to creep down the bottom of the bridge and try not to fall into the river. 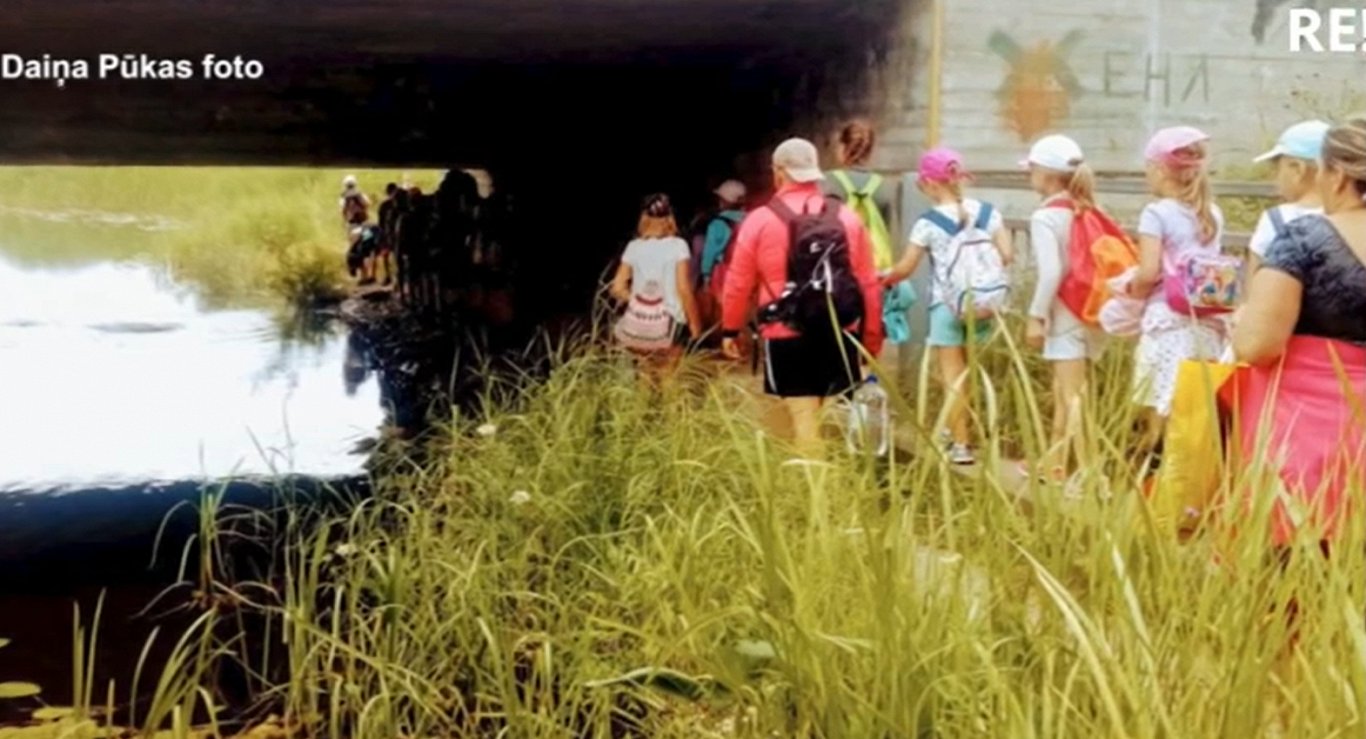 The city council of Carnikava explained that, aware of the seriousness of the situation, the municipality has already carried out a study in consultation with specialists. It has been concluded that the most secure transition in this section of the road would be a tunnel.

The costs of the tunnel could reach €1.5 million. The municipality has decided to look for ways to implement this project so that local residents, cycling tourists and guests are safe.