Share:
Ieteikt
Share
Tweet
may 18, 2018, 9:01
|
Features
Authors: Mike Collier (eng.lsm.lv chief editor )
In the past we have written at length about the mighty dižkoki or "great trees" of Latvia. Huge, majestic, long-lived and (and if you believe all the way) serving as repositories of folkloric power, they are rightly venerated.

But there is another class of tree, devoid of official recognition or protection and subject to the vagaries of fate, that attracts a different sort of attention. They have no accepted designation, so we shall settle for calling them "hero trees".

Always growing in the most awkward of locations, frequently mis-shapen, seemingly perpetually on the verge of extinction, they somehow survive. That is their exceptional quality: survival against the odds, against expectation and even against logic. Hero trees do not have to be particularly old or eye-catching, they just have to keep sprouting leaves.

Several examples can be cited. Right outside the LSM offices here on the island of Zaķusala, a path of paving slabs leads toward the Salu bridge. It was laid on the sandy soil a long time ago and in the intervening decades the slabs have become higgledly-piggledy, like a game of checkers pushed to the edge of the board. During that time an ugly tree has also risen between the paving slabs, pushing them aside as if emerging from a trap door. And there it stands, blocking the middle of the path. Everyone walks around it. No-one chops it down. 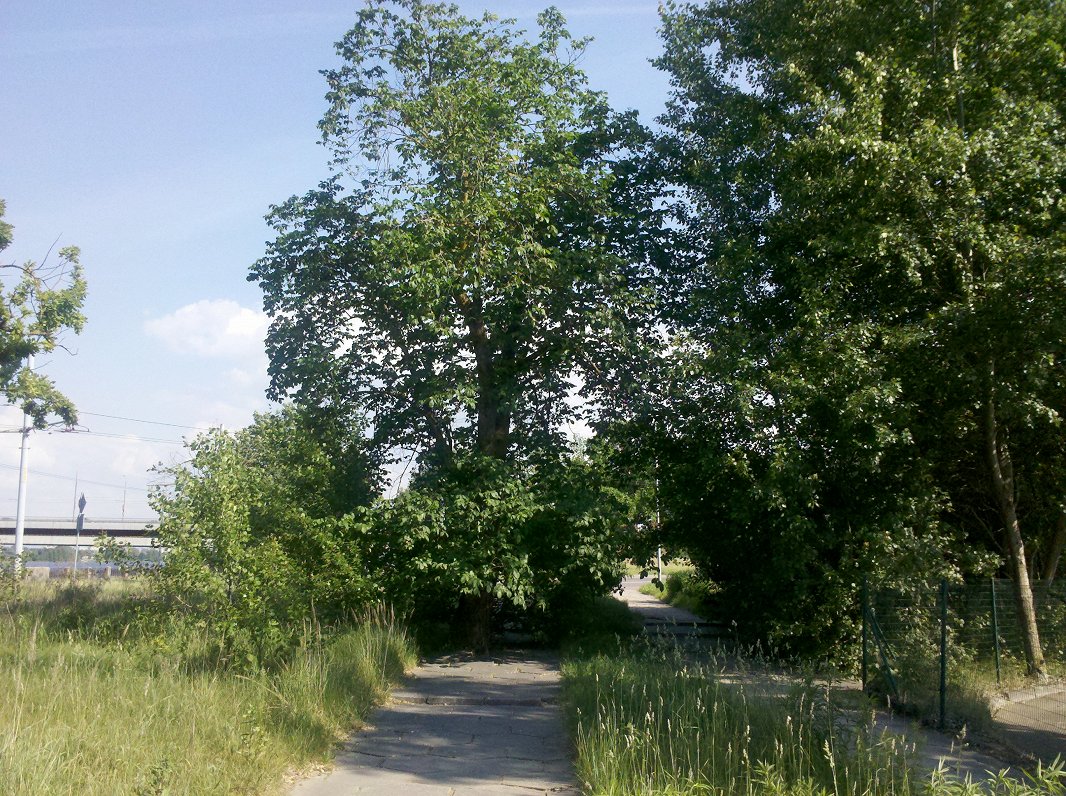 Another hero tree I know might almost pass for a dižkoks, were it not situated right on the corner of a fast downhill curve on a road I often drive. It leans into the road, daring drivers to take the "racing line"  around the curve and risk a collision in which they would definitely come off second best.

There are many other such trees - some block the light to a window, some cast shade on a vegetable patch, others drop leaves in a spot that means endless raking in autumn or pollen that provokes hayfever in spring. All would have been quickly felled on grounds of health and safety, aesthetics or convenience in most countries. But in Latvia they are left alone. People tolerate the inconvenience. Why?

I think it is because these trees are persistent. They never give up. They insist on their right to exist and it is the force with which they present their evidence that prevents them being felled. The fact that they have had to battle to grow and to establish themselves is worthy of admiration and something that we all feel ourselves from time to time: when things are difficult you see what people (and trees) are really made of. We might emerge from the rough times with scars or a little warped from the experience, and we might not be what you would call perfect specimens of our species, but that does not diminish our right to exist. The blossom of an ugly tree is still pretty and its fruit tastes just as good as the fruit from the botanical garden's model collection.

In short, such trees remind us of ourselves. If the dižkoki are the grandes dames and statesmen of the dendrological kingdom, the humble hero trees represents the supporting cast and the minor civil servants: good, old-fashioned hard work and staying power. We are instinctively reluctant to kill them off, the saw in the hand feels like an assassin's blade.

It is this appreciation of - one might even say support for - the hero trees that is part of a recent row between Rīga city council and environmental activists. The council paves over a place a tree was growing and the tree-lovers plant a new one. The council rips that one up too. Another one appears. It is a classic example of bureaucracy's rage at anything that is not accounted for within its dead rules and regulations. You can see more examples via the #sakoprīgu hashtag.

A similar controversy centers on the fate of trees on a pathway alongside the Rīga canal to create a "centenary alley" accommodating a series of large metal numbers between which people will walk and, presumably, be transported into a rapture of historical amazement. The designs for this installation are utterly obvious, unexceptional and expensive (135,000 euros), but it is not the weak concept so much as the idea that pleasant if unremarkable trees may be unnecessarily damaged to accommodate this plan that has caused opposition.

If the theory that heroic trees have our sympathy because they have had to battle to grow and establish themselves against the odds has any validity, it would seem that their continued existence for another century would be a far more appropriate way of expressing the centenary of the Latvian nation than dangling a few dates in the faces of pedestrians.