On May 26, Customs Police officials discovered a large amount of excised goods on a truck on a ferry headed to Stockholm from Rīga port. 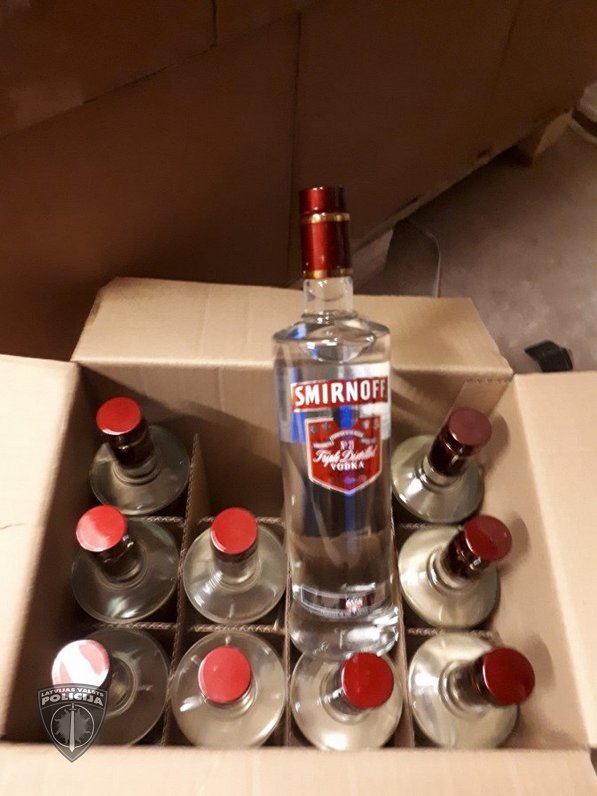 They called in the State Police to ascertain the origin of these goods. In all, the police found 2.3 million cigarettes, as well as 960 liters of spirits.

The police detained the truck driver, a 1969-born man; investigating further, on May 26 they arrested a 1976-born man with a track record of contraband.

Investigators apparently made a lead, as they then searched a warehouse in Ādaži, near Rīga, discovering 1,450 one-liter bottles of Smirnoff without Latvian excise labels, as well as about 130 liters of other alcoholic drinks. During the searches, a 1959-born man was detained and a day later the police arrested a 1953-born man, the last of the people detained in the case.

Criminal proceedings over large-scale contraband have been started.