march 18, 10:12
Health
Authors: eng.lsm.lv (Latvian Public Broadcasting)
A further 11 cases of COVID-19 coronavirus were confirmed on Latvian territory March 18, raising the total number of cases from 60 on Tuesday to 71 on Wednesday.

The new figure was released by the Disease Prevention and Control Center (SPKC) which said that of 604 tests during the previous 24-hour period, 11 were positive. It should be noted the number of tests carried out was the highest so far.

In total 2,144 tests have been carried out since February 29.

March 13 saw a raft of sweeping measures introduced in an effort to keep coronavirus at bay as much as possible, with further measures including international travel restrictions announced March 15, and introduced March 17 as previously reported by LSM.

The full rules and regulations are available to read online in English, and all members of the public are urged to read them and comply in a spirit of solidarity. Social interactions are to be reduced to a minimum and frequent and careful hand-washing is urged in a policy characterised as "social distancing".

Relevant information in English is also available at the website of the Disease Prevention and Control Center (SPKC).

Interior Minister Sandis Ģirģens said 21 cases of quarantine violation had been identified by State Police, with members of the public contacting police about possible violations 1,200 times. Offenders face fines. Members of the public who spot violations of quarantine and other rules are advised to call the State Police on 110 rather than use social media as a method of exposing potential offenders. 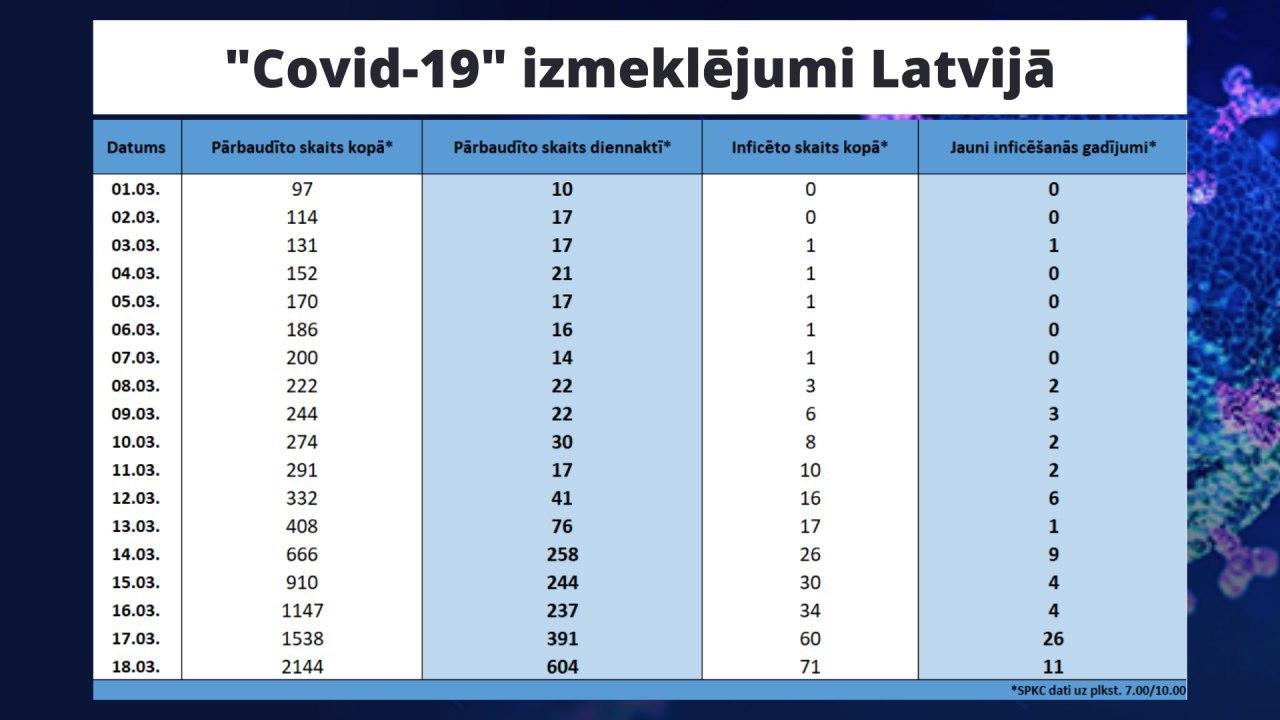 In neighboring Estonia ERR News has a report from the cities of Valka and Valga on the Latvian Estonian border where special exemptions to border rules apply to allow people who live on one side of the border to continue working on the other side. There were 225 COVID-19 cases in Estonia as of March 17.

Meanwhile in Lithuania, LRT News reports March 18 that 4 new cases have been identitifed, bringing the total to 26. "The patients recently visited countries, including Austria, Belgium, the Czech Republic, Switzerland, France and the UK," LRT said.