Share:
Ieteikt
Share
Tweet
may 30, 2019, 14:35
|
Society
Authors: Māra Rozenberga (Latvijas Radio Ziņu dienesta korespondente)
Bent Gammelgaard comes from Denmark. Since 1997 he has been living near Viesīte, southeastern Latvia where he has been noted repeatedly for having the tidiest property in the area.

He is living in an early-20th century log house with a prim lawn, cedar trees, a pond, some maintenance buildings as well as a chicken enclosure behind the barn. Two dogs are running around, and while it doesn't seem special it still makes you want to stop and admire the scenery.

When told that he has a nice house, Bent told the Latvian Radio reporter, in Latvian: "Yes. Nineteen–twenty five." Probed as to whether that means it was built in 1925, he said yes. Latvian Radio had to ask him to repeat himself as his Latvian and English has a peculiar sound which takes some getting used to.

His home is called Plūdi. "Plūdi [flood] means a lot of water," he said. 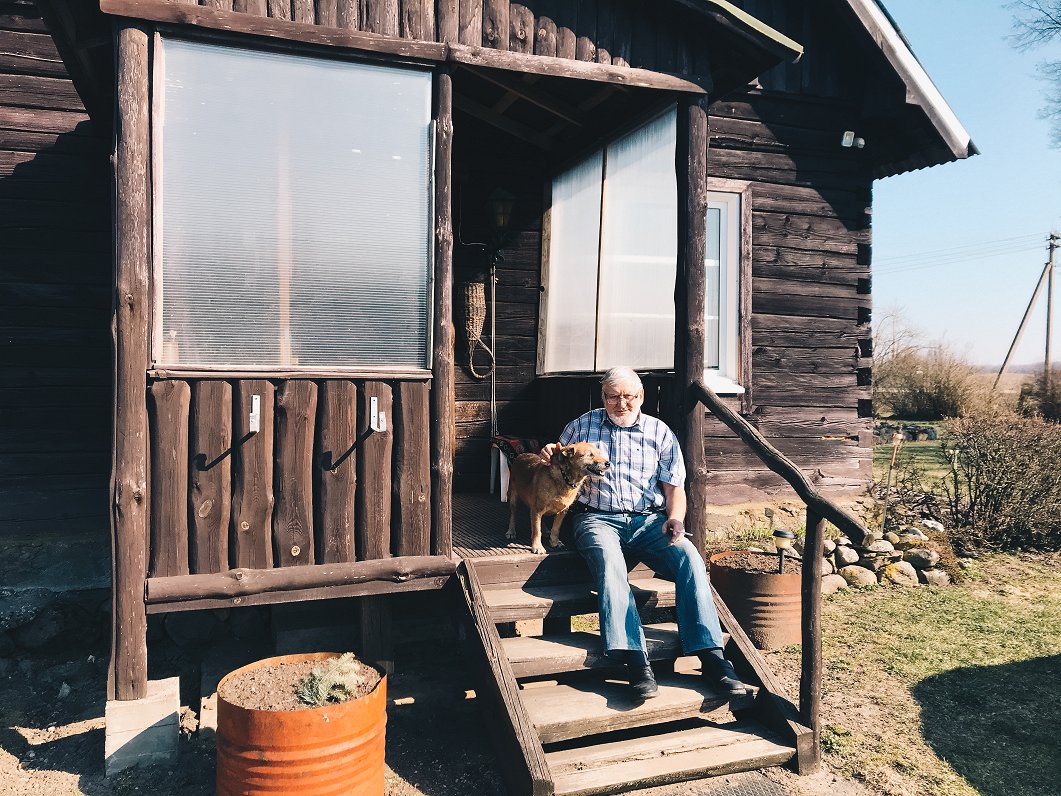 In Denmark, Bent worked simple jobs at stores, warehouses and farming. In addition, he was also a volunteer and first arrived in Latvia in the early 90s with an organization that provided aid to Eastern European hospitals.

"Here's a thanks that I've brought an ambulance to the Jēkabpils hospital. I buy cheaper in Denmark und dann transportieren to Latvia," he said, explaining an article about him in an old newspaper. Bent has many cut-outs and certificates of thanks in Jēkabpils for his humanitarian aid efforts.

Why did he remain in Latvia? He said that Latvia's a good place to be as a pensioner. In Denmark, he would be living in an apartment, but he likes the countryside.

"I don't know. I like it here. I don't care where I is – Denmark, Latvia or Russia. It is maybe more difficult to speak in a differenter country, but then you set your hands to work and dadadada," he laughed.

And what do Bents' neighbors think about life in Viesīte? Bents helped Latvian Radio meet Ilona, who had spent a year working with horses in Denmark but is now back in Latvia. "The house is not pretty, but they are good people. There's a farm. Work, work," said Bents.

These neighbors are about 10 km away and the house seems pretty. Ilona herself was not at home but Latvian Radio met her husband Ilgvars Krišjānis. "Two in one," he said, referring to his sonorous double name. "I do farming, mostly dairy. There's not much, about 30 cows and 20 calves." 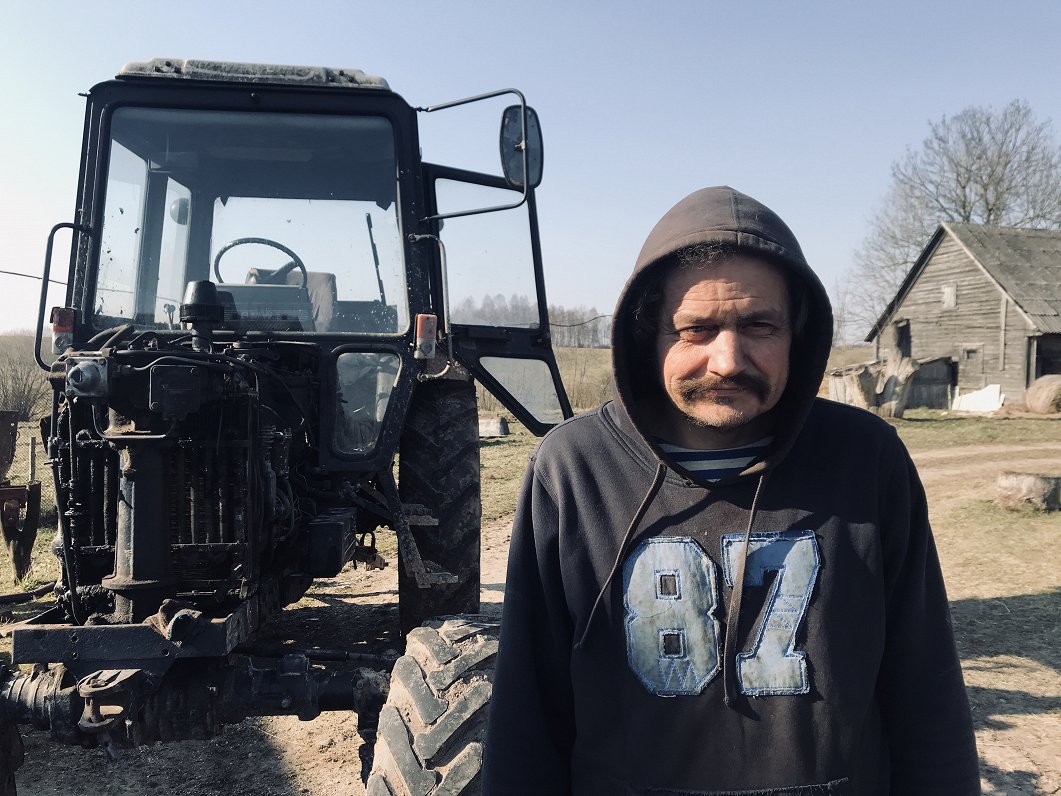 Ilgvars was born and raised in Sauka parish, not far from Viesīte. "When I came home from the Russian army, there was nothing to do. I thought I'd start a farm," he said. He said that he can make ends meet and sells milk to the Lithuanian town of Rokiškis. It costs 28 cents a liter. "It was 28 santims before," he sighed.

His daughter studies as a zootechnician in Jelgava and Ilgvars Krišjānis thinks she won't be coming back. "I doubt it. Maybe she'll come up with something in the city," he said.

"It's the same in Denmark," Bent added. But who are the people who remain in the countryside to work? "Many foreigners in Denmark. Romania, Ukraine, Poland," he said.

But there are practically no immigrants in Viesīte. "Maybe a Ukrainian could pop up," laughed Ilgvars.

Their neighboring farm is much larger and has about 1,000 cows and bulls. It's run by locals. Ilgvars thinks that only these big farms will remain in the future. "It's the same in Denmark," Bent added again. "Many small sell and a big farm buys," he said.

Asked whether it's Europe here, Ilgvars sighed and said it's difficult to tell.

– Well, we've always been a part of Europe.
– And in what way does Europe reveal herself here?
– In no particular way. It's the same as it always was.
– Do you feel European?
– In part, I would say.
– What do you feel the future will bring?
– You can't really tell. Let's hope it'll be better. What else is there to hope for?