february 4, 12:17
Society
Authors: Latvijas Radio, eng.lsm.lv (Latvian Public Broadcasting)
Last year two roads were renovated as part of a nine million euro construction project for the territory next to the Kovšu Lake in Rēzekne, and this year works will begin to create a park area, according to a Latvian Radio broadcast on February 4.

The project calls for the landscaping and construction of environmentally friendly infrastructure on 20 hectares of degraded and unused territory next to the lake. Currently all that is visible on the lakeside territory are the foundations of a building.

“This project includes not only the lake and territory around the lake, but also renovation of Brīvības and Ezera street sections. We're currently working on constructing a new object on the beach territory,” said Rēzekne City Development Administration Director Georgijs Orlovs.

The municipality held two large tenders, so both parts of the project are being carried out by different companies. “Ceļi un tilti” (“Roads and Bridges”) won the procurement for the road reconstruction and road works are still ongoing. The tender for the park construction, shoreline strengthening and lakebed cleaning was won by “Latgalija”. 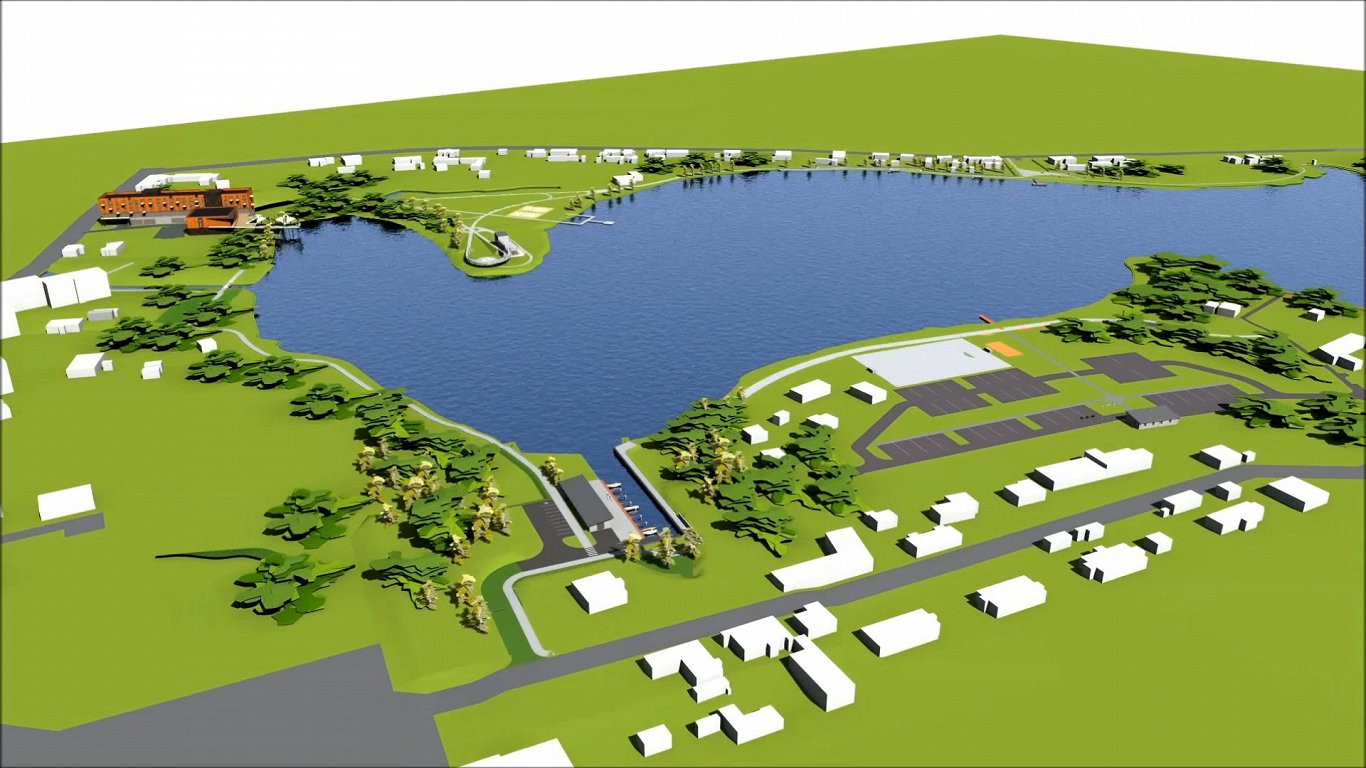 “I need more technical economic substantiation. How much is the infrastructure planned to be used? In other words, purely economy-based data on returns. I would also want more involvement of residents,” said Rēzekne City Council Member Juris Guntis Vjakse.

However surveyed Rēzekne residents agree that any sort of development in the city is welcome and that the Kovšu Lake project is necessary. The beach is full in the summers, and residents feel they deserve a rest area, cafe and park paths.If works go as planned, in 15 months the Kovšu Lake park will include a beach, promenade, nature path, boat house and camping zone.

The project as a whole will cost 9.1 million euros, but there are plans to attract private investors for the construction of a hotel and spa complex.