july 2, 2019, 16:38
Society
Authors: eng.lsm.lv (Latvian Public Broadcasting)
Volunteers, including children, are helping to restore the rapidly disappearing natural meadows in Latvia. Once again, a group of people have joined the Nature Conservation Agency to aid in cleaning up natural ecosystems. This time, the volunteers of the “Doing Good for Nature” initiative have helped clean up a meadow in the “Vecdaugava” nature reserve in the vicinity of Rīga, reported LSM's Latvian service on July 2.

The nature reserve “Vecdaugava” is situated close to Vecmīlgrāvis, about half an hour's drive from the center of Rīga. It is a state-owned land managed by the Nature Conservation Agency.

Walking from the car park, one has to cross a wood to come out onto a large meadow dotted with workers.

After Līgo, there was a call for volunteers to remove dried up hay from the meadows. Around 15 people responded. Children were also involved.

“I came to work. To do something finally, instead of sitting at home all the time. Yes, I like working like this. It's better than sitting at home and doing nothing. I'm raking hay,” said the eight-year-old Haralds, holding a rake in his hands.

While his parents are at work, he and his brother and nanny have come to help tend the meadow. This is his first time doing work of this kind, and says that he'd like to get involved more.

“Raking hay was something I did in my early childhood, and I wanted to do it now. I'm a biologist myself and I organize hiking trips, and so I wanted to do something. Try what people had been doing in the past,” admits Baiba, another fellow volunteer.

Gints Starts, the senior environment inspector of the Nature Conservation Agency, is responsible for hurling the hay into the hay machine. 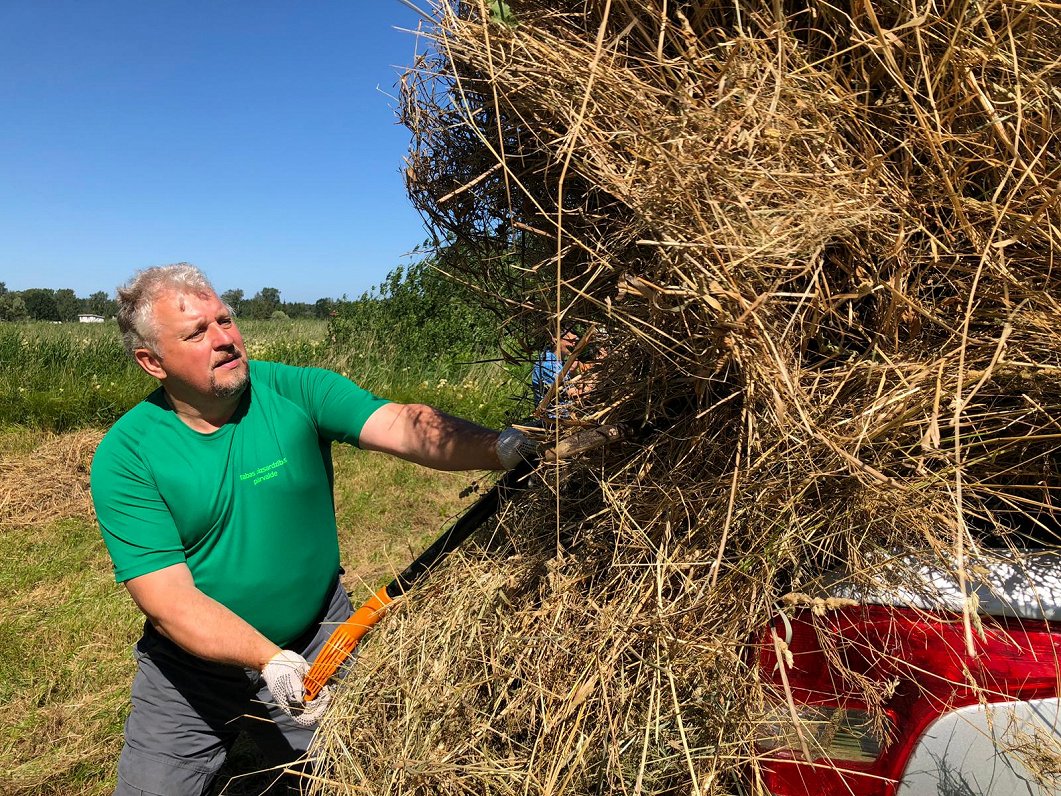 “We have this wonderful thing in Latvia – if you don't mow the grass for two or three years, then a forest starts growing there with time,” said Starts.

The volunteers are aiding nature in order not to lose the precious meadows.

“Medicinal plants can grow only in these kinds of meadows where there's a diversity of species,” explained Starts.

In recent years, weeds and other invasive species have begun taking over the meadow. For example, one goldenrod can produce more than a thousand seeds and quickly suppress other plants to the detriment of insects. The Agency expert Elīna Deksne said that last year, the Agency, together with volunteers, worked to revive the meadow.

“The reserve is an important bird and insect habitat. Here, for instance, we have gladiolus imbricatus, sea thrift, which are quite rare and endangered species,” said Deksne.

“We saw the sea thrift, for instance. We were here in the spring, and we did see it, and in summer, it was no longer there,” Deksne said.

“It has blossomed already, and won't, perhaps, bloom anymore, but the geraniums are in bloom, which is a sign that the verdure is good,” added Aija Balandiņa, the Agency's representative. 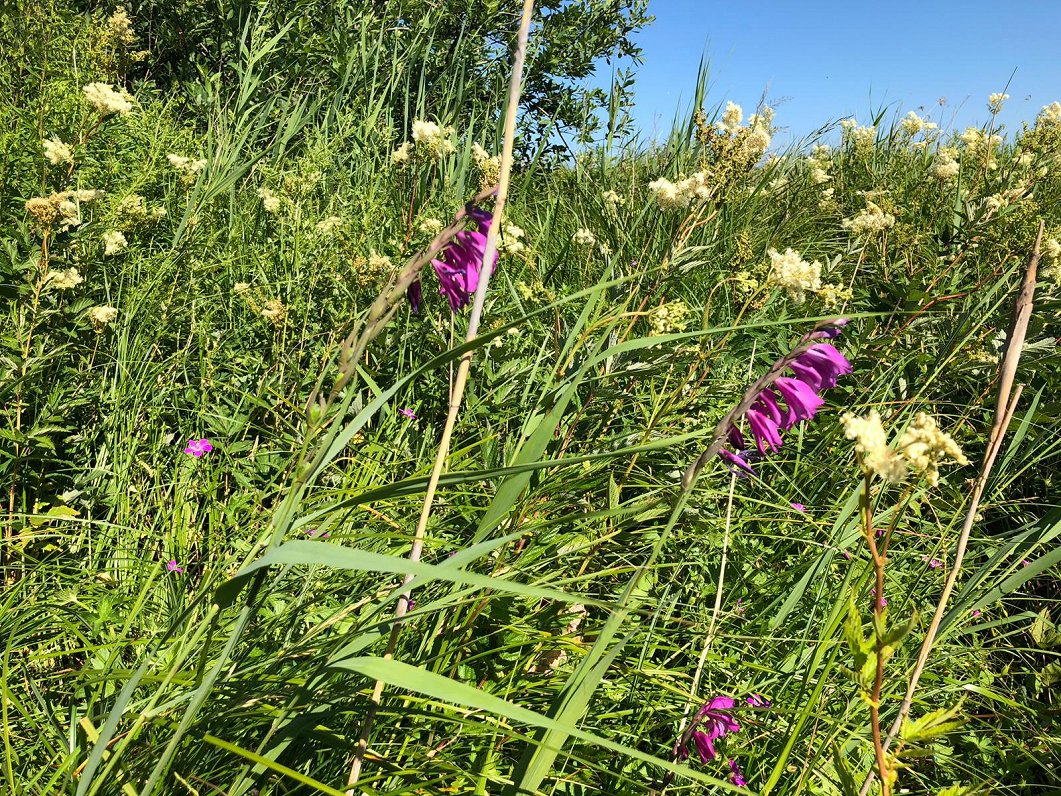 “Some 100 years ago, there were 30% of natural meadows in Latvia, because the economic activity was different. But now the number and volume is much smaller, some 7%, perhaps, of the whole territory of Latvia,” Elīna Deksne pointed out.

People don't keep many cows anymore, and there aren't that many small farms, Balandiņa explained.

“All of us want to develop, but we are constantly developing at the expense of nature. That's the problem. And we don't want to understand that natural value are going down at a great speed. The speed is known to those who are working in this area, and we are concerned for the next generation and about whether we'll still be able to live here on this earth,” said Balandiņa.

She also mentioned that everything in nature is interconnected. Whenever something is destroyed, something else will perish in turn.

The Agency noted that it will continue looking for volunteers to help tend to the meadows. The next “talka” will take place in August in a meadow near the Kaņieris lake in the Ķemeri National Park.