june 1, 14:26
Food & Drink
Authors: eng.lsm.lv (Latvian Public Broadcasting), Zane Pudule (lsm.lv autore Vācijā)
A Latvian family is in charge of a cafe and a hotel in the Oppenau town surrounded by the Black Forest mountain range. Elīze Zaļuma is known far and wide for the cakes she bakes, and guests like the place for its cozy ambiance and welcoming hosts.

Elīze, a charming woman, opened the location with her husband Klāvs six months ago. Their kids Emīlija and Niklāvs help their parents in managing the big and well-lit premises, while little Grēta is their cake connoisseur for now. They just opened an outside terrace and have great expansion plans – they want to open a 15-room hotel on July 3 alongside a children's area and a winter garden and a beer garden.

Elīze says she can't quite believe that all this is their own, and that just a single home-baked cake was enough to open a new chapter in her life... 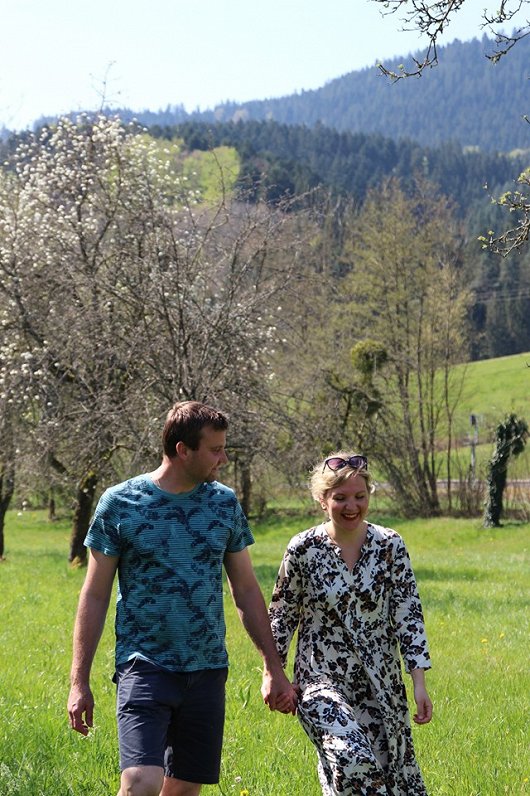 In 2009, during the previous economic downturn, Elīze's husband lost his job. "There were no jobs to be had. He went to the municipality and said, give me a broom, I'm prepared to sweep the streets for you. After a while he found a job in Germany and he left, but two months later he said it's either he returns or the family joins him there. And we went there, we settled down and our third child was born here."

Elīze was looking after her children full-time and partook in diaspora activities. She organized the Show Me What You Got (Rādi, ko māki!) contest for diaspora children and families in Germany. 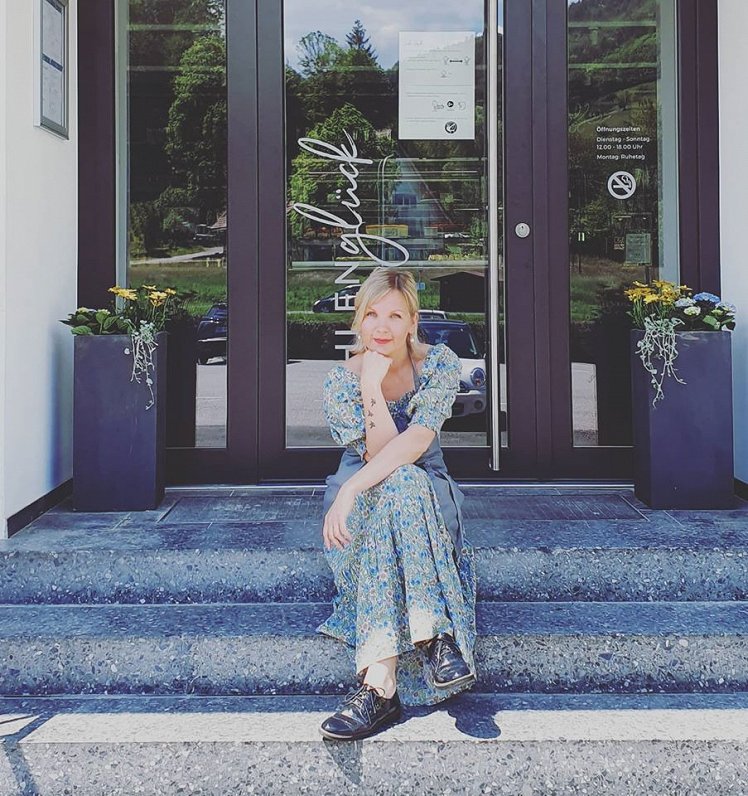 Her hobby of baking cakes didn't go unnoticed for long. "I sometimes posted a picture on social media, and more and more people wanted to order a cake. And then they started asking me when I'm going to open a cafe. I brushed their suggestions off [..] but as time went on the thought stuck to me, and I started considering what I wanted. I play the piano, music is important to me, so the cafe would have to be able to host culture events," said Elīze.

An acquaintance of her turned out to have a similar idea in mind, and they found the premises in the Black Forest. It had housed a hotel and restaurant a few years ago, but had been empty for years. "And then... Two months before the go-ahead my business partner changed her mind. I was left alone with all my plans and not much money to spend. I realized I can't give up. I had to try at the very least." 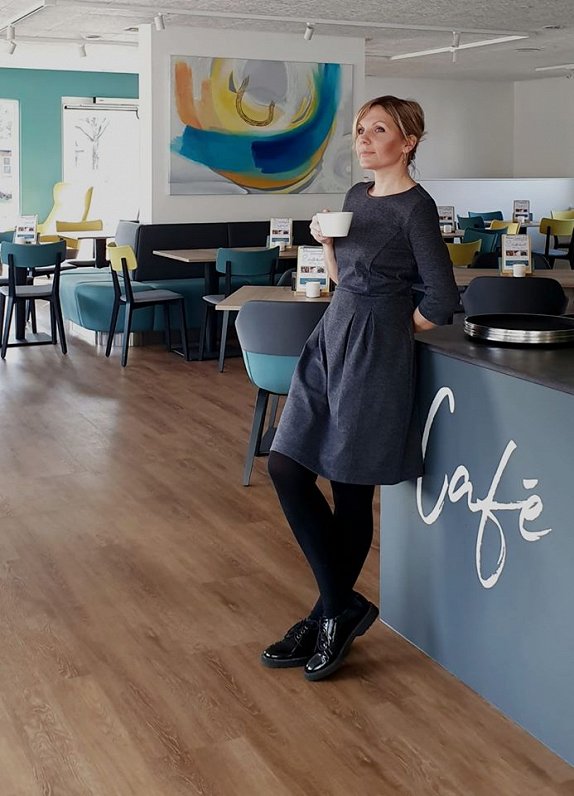 Thereafter, Elīze approached the owners and said firmly that she had ideas but not the money. Surprisingly, the owners agreed to invest as long as she and her husband would actually carry it out. "They liked the idea as there's no place like this around here. The owners are busy business people. They know many people and hold celebrations. They basically wanted a place for themselves too for holding such events. It turned out wonderfully, they're happy with everything and so are we."

The locals gave them hearty welcome, though the German business partners played a role in that too. They know many people in Oppenau and invited them to come. Elīze said it might have been a lot more difficult if they had no support. But through the word of mouth, they now have customers from very far corners indeed. 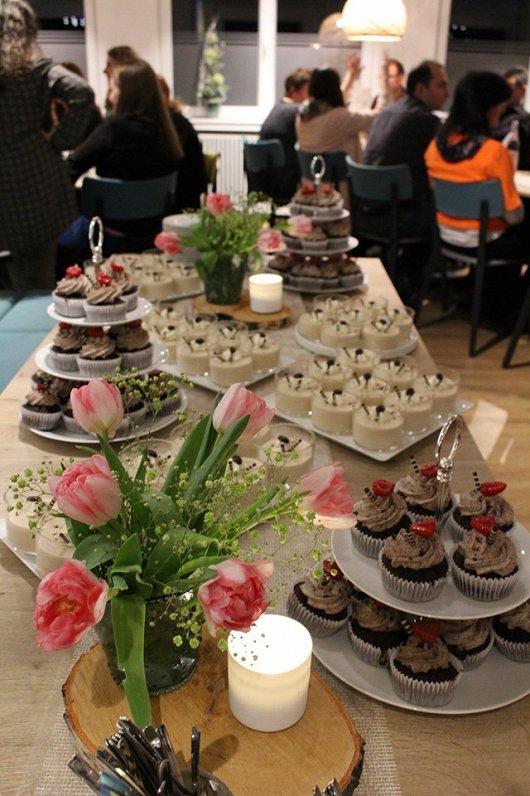 "When we moved here I was told it's difficult to make friends here, but if you do so they'll be your friends for life. The same applies to enemies. It seems the first scenario came true for us. And I like that Germans are very supportive of all sorts of initiatives. They're supportive very literally – they come, they eat, leave tips and suggest the place to their friends," said Elīze. Her compatriots have been arriving too, and they've made some friends already.

There are, however, no pure "Latvian" foods in this place. Elīze is an expert on cakes, but do Latvians have a special cake of their own? Rhubarb and apple pies are known elsewhere. Maybe the Cielaviņa, the honey cake (known by the Slavic peoples as well), and maybe the so-called countryside cake. But the Germans find these cakes too sweet, they want something something more fresh and loftier.

Elīze said that she baked cakes she herself liked and also offered variations on traditional cakes, such as the Black Forest gateau. Visitors had been skeptical at first, but they came to like it. "That's what I said at first. That I'll make my own cakes and everyone will like them," she says, whimsically. 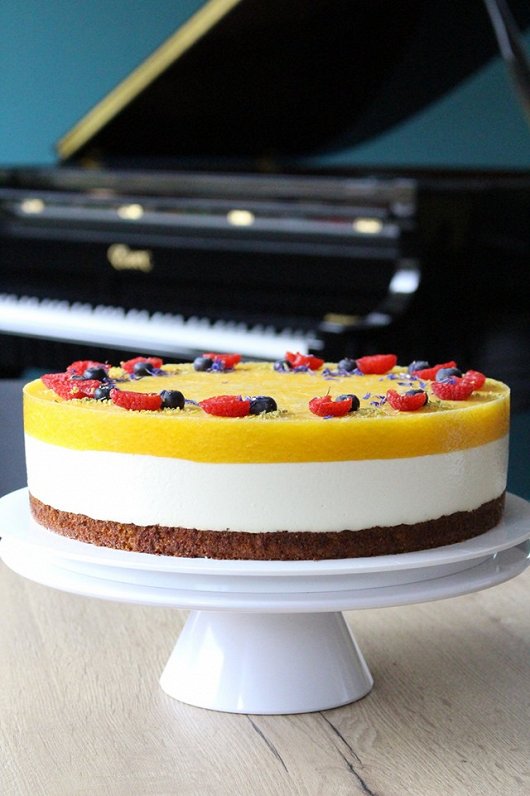 The building complex is at the picturesque edge of the town. As it formerly housed a windmill, their place is called Mühlenglück, or "windmill luck", but everyone can interpret this as they see fit.

During the coronavirus lockdown, the cafe was closed but the proprietress used the time to experiment and prepare new recipes. It has been open for two weeks now, and lots of new sweets are on offer.

"In some sense this time was a blessing – after a few busy months it was time to understand what we can do and organize better. Opening the hotel also requires a lot of time and strength. We've come up with a breakfast offer which will be available later when people can approach the self-service tables. I hope it will be when we can open the hotel in July," she said.

Since November, when the place opened, many corporate events and celebrations have been held here, including Valentine's Day specials with a Latvian artist present.

The place also has a small store with takeaway desserts and coffee, as well as porcelain and Latvian linen.

"We bake our own bread, we try things and we think them through. I need my own specific signature, a cherry on the top. I can't only be concerned with efficiency," said Elīze. She's very happy and thinks their hard work and painstaking attention to detail is paying off. "They come again as they want that special feeling, and they take their friends along with them. When I see people waiting in line on the weekend saying they feel welcome here, that everything's very tasty here, tears of happiness well up in your eyes and you realize it's all worth the effort."