Reburial ceremony of the communists shot in Valmiera
Photo: Vikipēdija

april 7, 18:25
History
Authors: eng.lsm.lv (Latvian Public Broadcasting), Jānis Šiliņš (Historian)
A hundred years ago, in 1919 shortly before Christmas, the Valmiera court martial sentenced eleven communists seized near the town to death and promptly executed them. This event shook the Latvian public and sparked parliamentary debate. After the Second World War, it was often employed in Soviet propaganda.

December 1919 proved to be a short respite for Latvia between the battles against the army of self-styled prince Pavel Bermondt-Avalov, which was chased out of Courland and Zemgale, and the fight against the Red Army which had taken Latgale, eastern Latvia. Tens of thousands of soldiers were brought from western to eastern Latvia, and diplomatic talks were being held with Poland over concluding a military pact.

The Latvian security services, meanwhile, undertook a fierce battle against the communist underground.

Communists stationed in Latgale knew very well that they're about to be attacked by the army of Latvia's Provisional Government. They did all they could to sow chaos among enemy lines, to disorganize the rearguard, to obtain intelligence and incite Latvian soldiers to revolt. Communists infiltrated spies and provocateurs into the Latvian army. Several sub-units of the Latvian army did indeed refuse to go to the front lines, such as the 10th Aizpute Infantry Company and the platoon of the 5th Company of the Cēsis 5th Regiment.

The so-called "Red mailmen" were active as well – small communist groups crossed the front to provide the Red Army with intelligence and maintain contact with the communist underground behind the Latvian army lines. 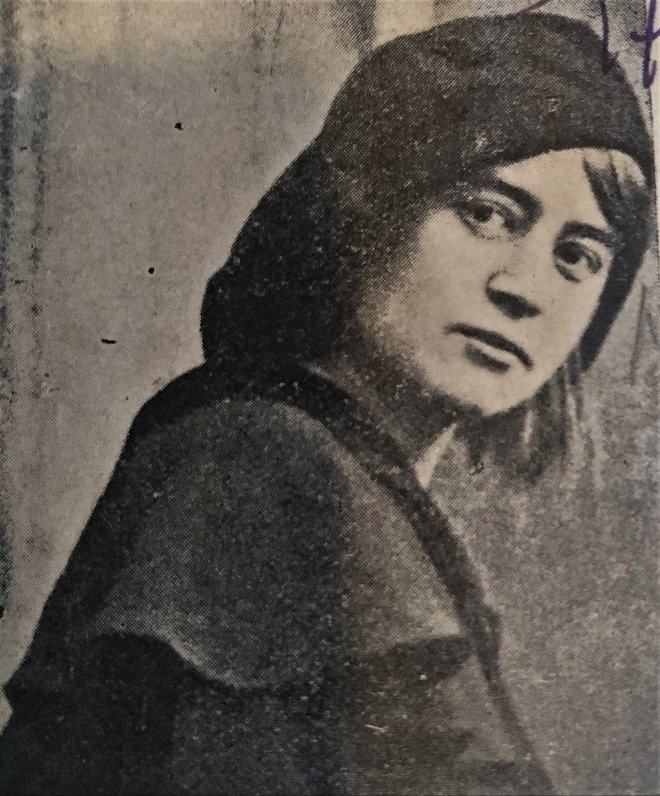 Starting summer 1919, Soviet army groups – referred to as "Red partisans" in the Soviet era and as "bands" and "terrorists" by the Latvian authorities – were active in the culturoeconomic region of Vidzeme, northeastern Latvia. About 20 groups were sent into Vidzeme from the adjacent Latgale region, each of 15 to 30 people. The groups were well-armed and mostly consisted of former members of the party and Soviet institutions in the region they were sent to. Often, young people, women and even children were used to carry information.

In August 1919, all but every single day the Latvian press reported new attacks carried out by these groups.

They would attack individual soldiers and Latvian Army patrol units. They shot at trains, sabotaged phone lines, and killed forest rangers and rich landowners, sowing terror across the population.

In September, the battles grew even fiercer. Rearguard units of the Latvian Army undertook an anti-partisan operation in the forests near Smiltene, northeast Latvia. Soviet soldiers, meanwhile, carried out their largest attack by joining five groups and attacking the Cesvaine train station. A total of 81 people partook in the attack. They surrounded the station and coerced people to come outside. They killed the station comandant on the spot. They seized eight Latvian soldiers who tried hiding in a potato patch and later executed them. 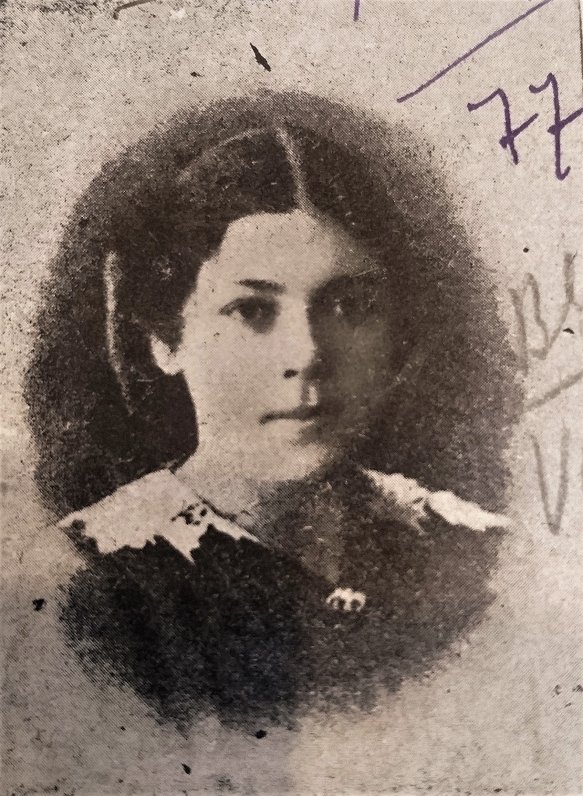 Such was the background for the events in late 1919 in Valmiera. On December 13, the communists of Valmiera called a secret conference of the local party organizaiton. It was held in the barn of the Kokmuiža (currently Kocēni) graveyard. A total of 29 people participated.

An eyewitness, who participated in the gathering, was put on watch during the conference. He remembers being accosted by Latvian Army soldiers and told to remain silent.

Local police and soldiers stationed in Valmiera were able to arrest all 29 participants. After a week-long investigation, the Valmiera court martial of five Latvian Army officers announced that 11 people are to be killed. Two were freed as they were minors, seven were sentenced to one year in prison, but later on freed all the same due to mitigating circumstances, while another eight were sentenced to four years in a correction facility.

The Valmiera operation was a big step in the fight against the communist underground for Latvia. Among the prisoners was Jānis Ozols alias Ziedonis. He was one of Latvia's communist leaders, a 34-year-old party cadre and a member of the party's Central Committee in Latvia. His Rīga apartment was subsequently turned into a trap, leading to the capture of ten more communists. 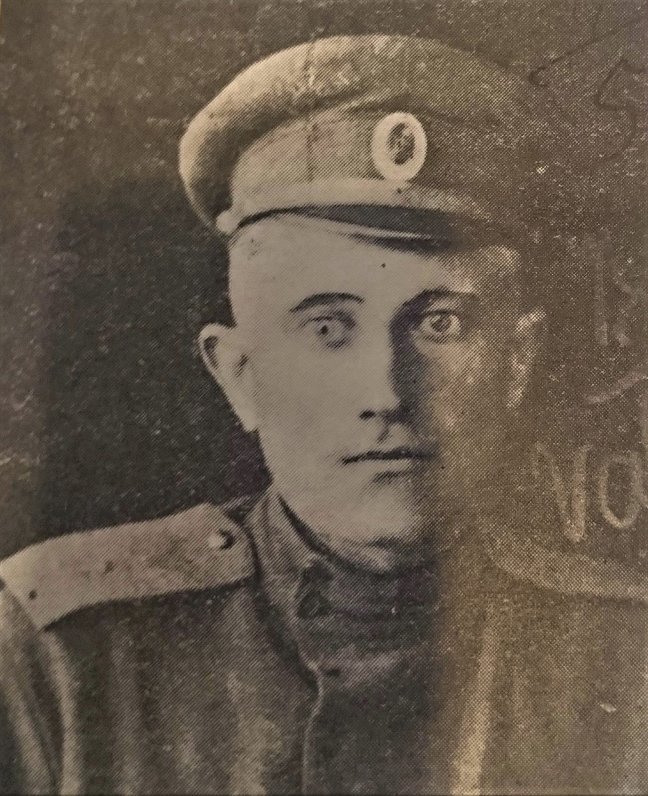 In the Soviet era, a number of myths about these communists circulated about. First of all, just four of the executed people were Valmiera locals. The rest came from all across Latvia, such as Priekule, Rīga, Rūjiena and elsewhere. Just one of the executed communists was a schoolgirl – her name was Johanna Daņiļeviča. She was the only under-18 person in the meeting. But back then everyone under 21 was a minor, and there were five such young people among the detainees. They were routinely called innocent or wrongfully charged in the Soviet era.

In addition, three of the young people had infiltrated Latvian authorities and could therefore be seen as traitors or especially dangerous. For example, Eduards Kalniņš alias Dzelksnis, as well as Jānis Tauriņš alias Čaris worked at the Vidzeme-Latgale POW camp, called the Valmiera Concentration Camp in Soviet historiography. Prisoners from the Red Army and the Bermondt army were placed here, in December 1919 there were about 200 suspected communist sympathizers imprisoned there. The rest had been sent to Rīga in October to fight Bermondt's troops.

The Valmiera communists and communist youth members were suspected of planning to release prisoners or planning an armed operation against Latvian authorities, using the help of the people imprisoned in Valmiera. Therefore Dzelksnis and Čaris were considered especially dangerous. 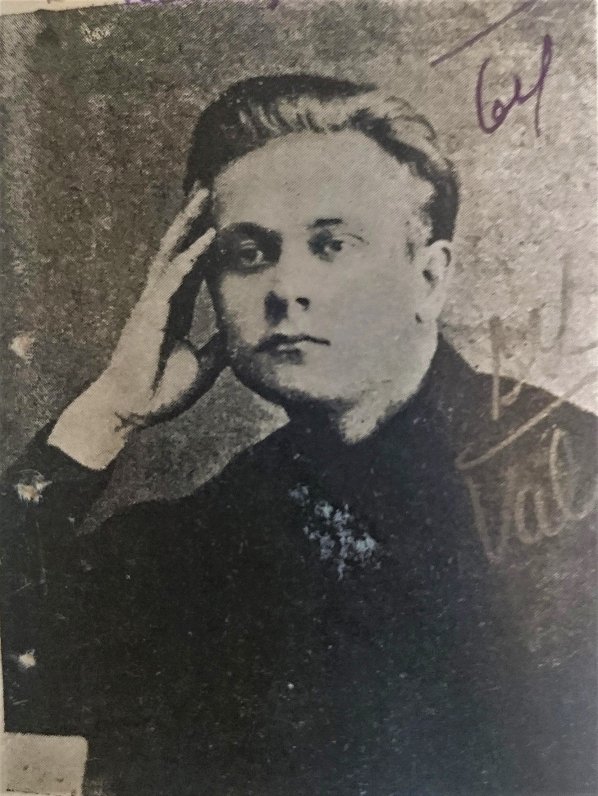 The most controversial part of the mass death sentence was the execution of four young women, Marta Āboltiņa, Karlīna Soldava, Alvīne Sermule and aforementioned Johanna Danileviča. They were active communist supporters and partook in a number of meetings, but their participation was likely sparked by lust for adventure, romantic sentiments or family ties. Should the court martial have taken place at another place and another time, they would have most likely faced hard labor, a common practice against women accused of high crimes in the era.

This was one of the main complaints of the appeal the Latvian Social Democratic Workers' Party submitted to the Latvian People's Council, the interim parliament.

The legality of the court martial was debated, as well as allegations of torture. The Valmiera events were hotly debated in parliament. An investigative committee was set up, and officials were called in to testify. But no major violations were discovered.

But news of the execution affected the Latvian public on a large scale, for several reasons. First, this was the largest sentencing carried out by the Latvian Provisional Government. The recent memories of Red and White terror – where the number of people sentenced to death in one go sometimes approached a hundred – had doubtless left a lingering scar. Valmiera, where retreating communists killed dozens of prisoners, was no exception. It was clear to everyone that it was impossible to appropriately investigate such serious accusations within a week.

Second, Valmiera was behind the front, and, to many, the sudden unmasking of the Valmiera communist underground, followed by mass arrests and executions, came as a shock. But one should remember that war had been declared in Latvia, and even though the people longed for peace, Latvia continued fighting against Soviet Russia.

Third, the execution took place December 22, right before Christmas. This was not acceptable to many.

And finally, most of the executed communists were women. It is correct that in 1919 an image of the plintniece, or armed woman fighter, had been created within the public imagination, and neither the German nor the Soviet powers shied away from executing women. But the Latvian Republic, which prided itself as a democratic and just state, had to have higher standards than that.

The executed communists and communist youth were buried close to the killing site, the so-called Karātavu (Hanging) hill. They were buried without coffins, and their grave sites were marked off with barbed wire. Only in late July 1920, authorities allowed to rebury the dead, and this also proved to be a cause for concern in Valmiera.

They were exhumed and placed into coffins late on July 24. The reburial took place on the morning of July 25, in the same location. A large crowd had gathered. Part of them, about 200 people, broke through army and police posts, carrying two wreaths with red ribbons. Each of these wreaths was carried by two women. The crowd swore at soldiers and the police. A report about the event said that the crowd had been "very excited". There was a photographer present, and despite instructions to the contrary, he also photographed the crowd, not just the relatives present. Revolutionary songs were sung during the ceremony.

An official report to the Interior Ministry reads:

"In the end some women, screaming hysterically, said that the burial is the fault of murderers and executioners, and the calls of some people accused the government and its officials. Two big wreaths with ribbons were placed on the grave. One of them read: 'Glory to the fallen; curses to the murderers. In memory of the 11 communists slain in Valmiera. The Central Committee of the Latvian Communist Party. [..]

As the wreaths were lain, Anna Āboltiņa held a short speech of just a few sentences. It accused the government and its officials. But after the request of the police chief, the address was stopped short. As a thunderstorm approached, part of the participants went home, while the rest were dispersed by the police, which took the aforementioned ribbons as evidence."

After the event, the photographer's equipment was seized. He had to sign that he wouldn't disseminate the materials. For the next two years, unknown persons put up red flags in the pine trees of Karātavu hill in December. As the perpetrators couldn't be caught, the pine trees were cut down. But the memories about the scary and controversial event continue to live on. 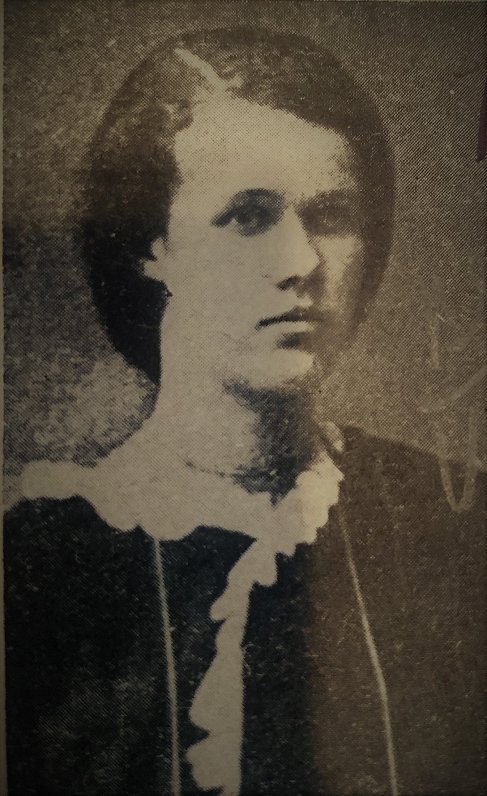