Between fear and compassion. Saving Jews in Nazi-occupied Rēzekne

But many people spited death and destruction and helped save their compatriots under threat of being put to death.

The best-known rescuer of Jews in Latvia is Žanis (real name Jānis) Lipke. He saved 55 Jews under the German occupation. But there were cases, and cases outside the capital Rīga which have not been as resonant.

Before the Second World War, about 25% of the population in Rēzekne, or 3,342 people, were Jewish. Similarly to other places in Latgale, Rēzekne's Jews were an essential part of the religious, commercial and cultural life.

Two cases of people rescuing Jews are known in Rēzekne. One of them was Old Believer Ulita Varushkyna (Latvian: Uļita Varuškina), who saved the two-year-old Jewish boy Mordechai Tager.

At the time, Ulita worked as a cook at the house of the local trader Kushiel and Frieda Tager. The Tager family home was located on Latgales Street 67. After the Nazis entered the city, the Tager couple asked Ulita to take care of their two-year-old son as they feared repressions. 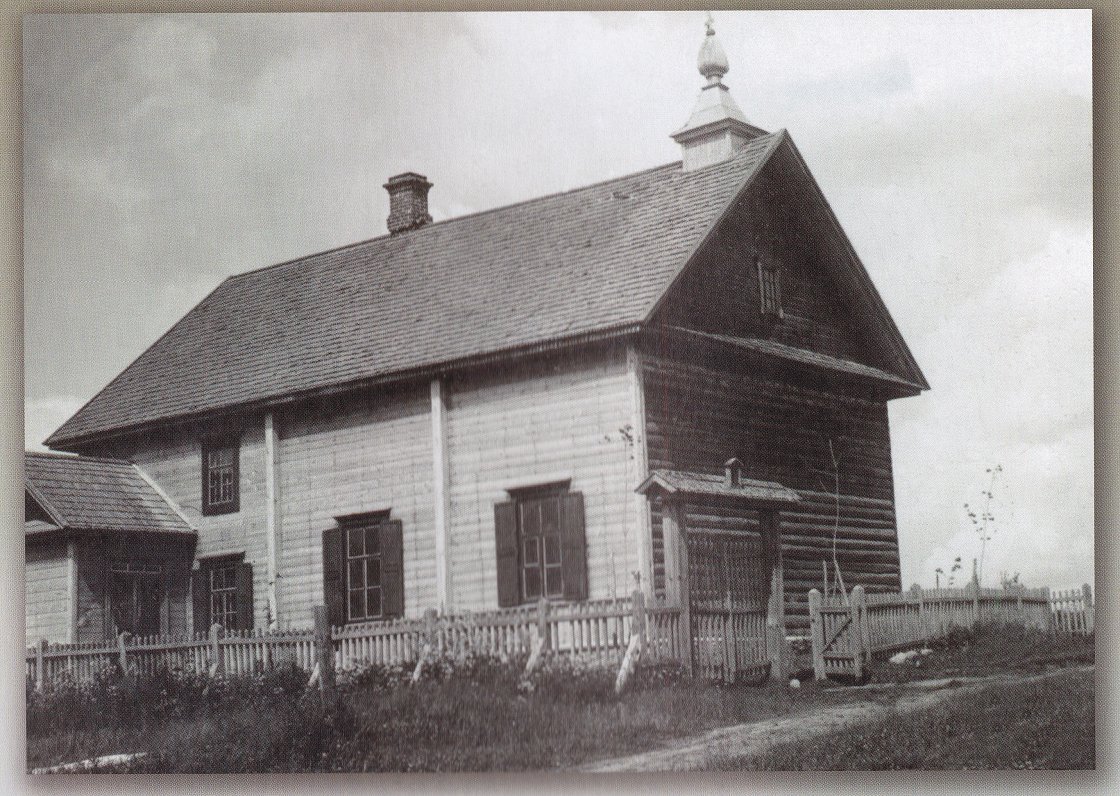 To protect the child from possible danger, on September 25, 1941 he was christened at the nearby Rečena Old Believer church. Ulita and the little boy moved to the adjacent Bekši village to her brother Yeremey's place. There the family spent the remainder of the war. Mordechai's parents, like many of his relatives, died during the war. 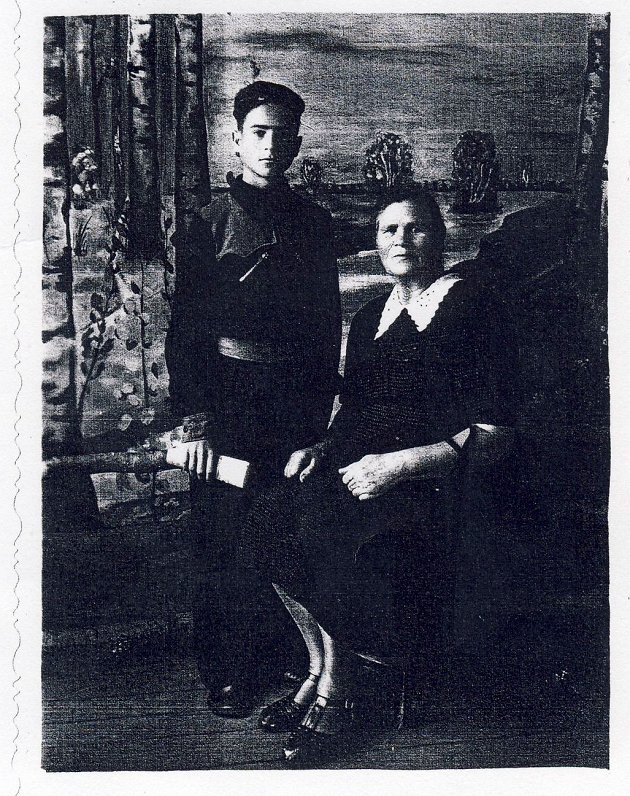 After the war, as the Soviet regime again took over Latvia, Ulita and Mordechai returned to war-torn Rēzekne. The situation was difficult. The family tried to access lodging at the former Tager residence but Soviets had none of it and so they moved to live at Ulita's workplace, a hospital where she worked as an attendant and later on as a cook.

In 1946 Mordechai started attending the local school on Kuldīgas Street. As time passed, Ulita decided to adopt Mordechai, who became her son officially on May 17, 1952. He was renamed Mikhail.

Later, Ulita would send her son to study to Rīga where he graduated from an engineering school and the Riga Polytechnic. He became an engineer and, as Mikhail became better off, Ulita moved to Rīga as well.

She died in 1974 in Rīga. For her efforts, she was named a Righteous Among the Nations by Israel in 1993.

While Mikhail emigrated to Israel as many Jews did in the 1980s. 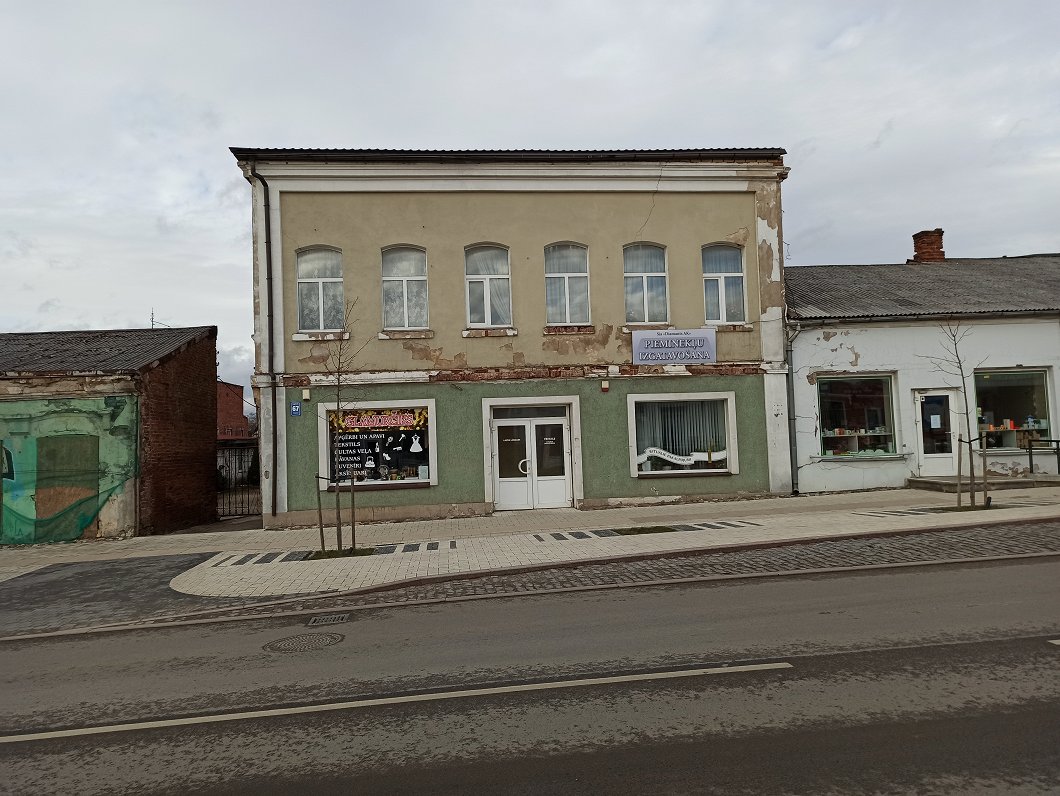 The second case when Jews were saved took place on Rēznas Street 1 on the Matusevich family property. Anna Matusevich, her son Jan and daughter Jadgiva lived there. On a night of 1941 Haim Israelit and his nephew Yakov arrived at the Matusevichs' house seeking shelter. Before the war, Haim owned a store specializing in iron wares, whereas Jan Matusevich worked as a smith and often used their wares to make things. 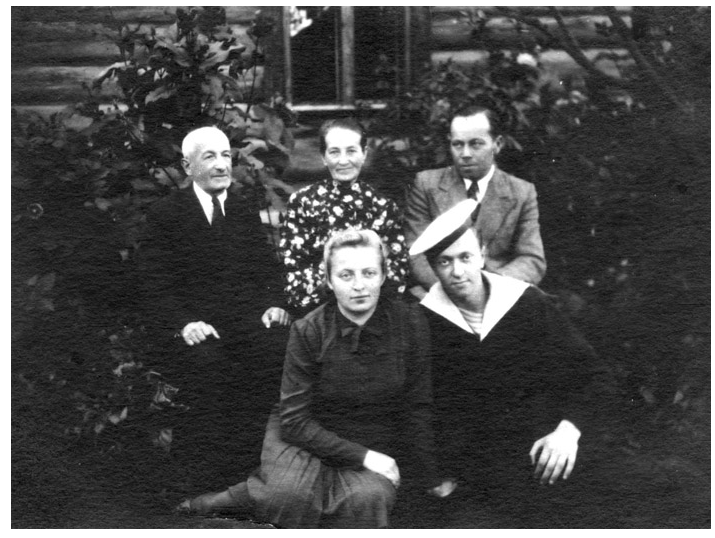 The Matusevich family admitted their acquaintances and lodged them in their old house at the side of the road. For safety reasons, the windows of the building were shut and the door was locked. Hiding them was difficult as the Matusevich house was often visited by one P. P, who according to Jadviga was proud of taking part of local parties to exterminate Jews. A German officer likewise would often visit the Matusevich house.

An unexpected complication arose in 1942 when as per a German request prisoners of war were to be held in the 'abandoned' house.

Therefore the Matusevich family decided to move the Jews in hiding to the attic of their farmhouse where they stored hay. It was very difficult during winter as it was freezing and windy.

Jadgiva Arcihovska (nee Matusevich) had this to say in an interview held after the war: "For three years, we had no peace. The sun didn't shine on us. There was a threatening sky above us and we expected for the moment thunder would roar. We knew what would happen if we were discovered."

Providing the men in hiding with food was particularly difficult during the war, as almost all products were strictly rationed. Jadgiva Matusevich was, however, working at the local army store and despite the risk that others would notice her family's "great appetite", she nevertheless took the risk and took home larger portions of food.

Shortly after the war, Haim and Yakov moved to Rīga. Yakov studied at a maritime school and later worked as a manager in textiles.

Haim Israelit died in 1964, while in 1990 Yakov emigrated to Israel. In 1989 the Matusevich family was awarded the title Righteous Among Nations and the honors were delivered by Yakov in person. 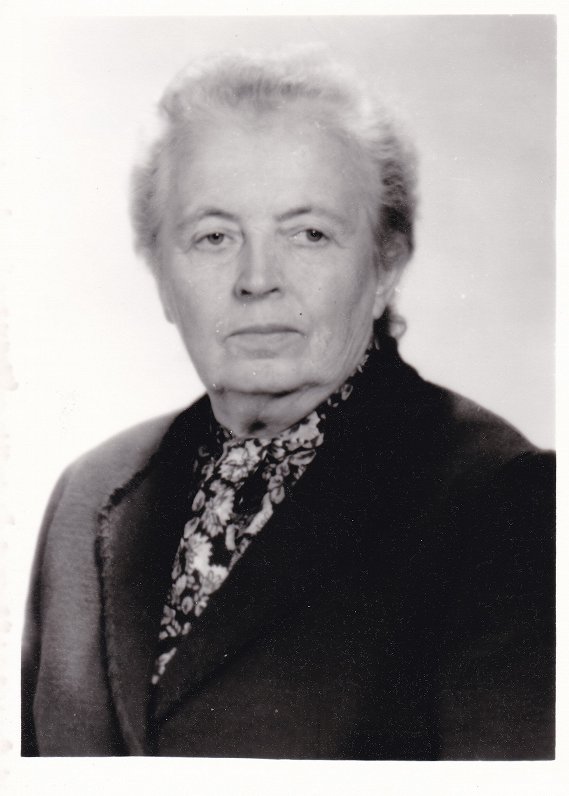 After Latvia regained independence, Jadviga participated in the Latvian World Jewish Congress in 1993 while in 2000 she was awarded the Order of the Three Stars, the highest civil honor in Latvia. She died in 2007 and is survived by her son Edmunds who still lives on Rēznas street 1. 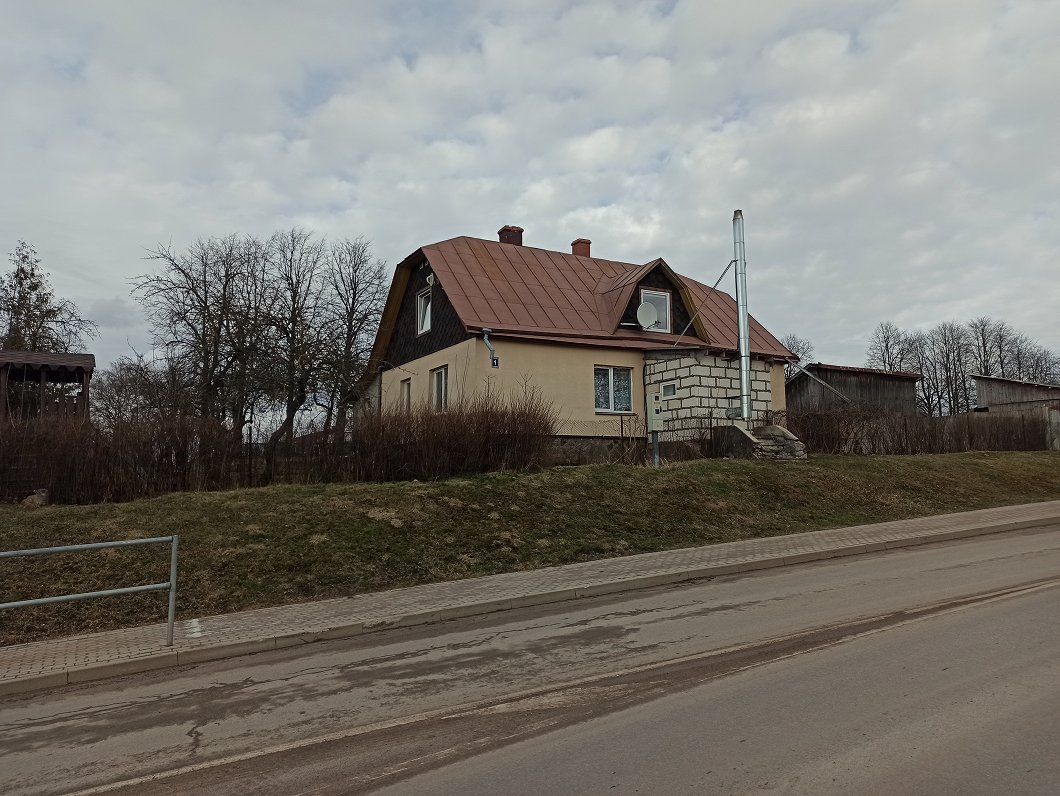 There are 790 cases of rescuing Jews recorded in Latvia in which 576 Jews were rescued from death. This means that there were people in Latvia who didn't lose their courage and humanity for their friends, neighbors and other compatriots.

Share this article:
Related articles
Competition Council blasts "fictive procurements" in Rēzekne
Medic in Rēzekne contracts coronavirus
Latgale lake cafe project underway
Too many clothes, but nothing to wear
Holocaust atrocity remembered in Rumbula
Call to remember victims of Rumbula massacre
Travellers left stranded as Rezekne-Rīga route full up
Foreign students digest Latvian culture in Rēzekne
History
How a press story undid the plan for another power plant on the River Daugava
Three Brothers awarded European Heritage Label
How local Russian speakers were kept up to date as the Soviet Union fell
Why the Estonia-Latvia border was drawn with a British diplomat's pen
Archaeological curiosities discovered at one of the few manors near Rīga
The magazine that became a literary sensation as the USSR collapsed
The role of Latvian Radio journalists during the National Awakening
Culture
Warning from Lithuania of possible Baltic "dairy war"
Being together in the land that sings
Latvian director wants your Covid-19 story
New international contracts for Latvian ice hockey players
Latest news
15:46
Quiz: Plague, cholera and TB – test yourself on the epidemic history of Latvia
14:37
Latgale tourism industry calls for government crisis support
14:12
Watchdog to ask €1.6m in support for commercial media
12:41
Estonian and Finnish companies appeal to Latvian government over pipeline shutdown
12:29
Epidemiologist: no need to increase Covid-19 restrictions
12:01
Trapped Bulgarian travellers will go into quarantine in Latvia
11:33
Spanish companies selected for 20-million-euro Rail Baltica design contracts
10:37
Second preschool closed due to Covid-19
Most read
Second COVID-19 related death confirmed in Latvia
Coronavirus cases in Latvia now number 533
COVID-19 case total for Latvia increases to 542
Estonian and Finnish companies appeal to Latvian government over pipeline shutdown
Number of coronavirus cases in Latvia passes 500 mark
Trapped Bulgarian travellers will go into quarantine in Latvia
President Levits thanks NATO troops on alliance's birthday
Epidemiologist: no need to increase Covid-19 restrictions
Seko mums