How the radio entered Latvia – and its politics

november 6, 2018, 17:09
History
Authors: eng.lsm.lv (Latvian Public Broadcasting)
Latvian Radio has been broadcasting since 1925. However, early on from its inception it had to become a mouthpiece for the powers that be, with its history serving, today, as a warning against the politicization of media, according to LTV's Atslēgas show.

The radio swept through the world shortly after its invention, appearing in 1922 in London, Berlin, Leipzig and Rome, joined by Rīga in 1925.

Before being introduced to the masses, the first experimental radio broadcasts were overseen by engineer Jānis Linters, a pioneering figure in Latvian radio history. The broadcasts started with: "Hello, hello. Rīga radio is trying to..."

Linters' first attempts to convert Latvia to the new technology were not immediately successful, for financial reasons. In 1924 the Saeima turned down his funding request for setting up a Latvian radio. He set out to educate MPs and, carrying a DIY radio, arrived at the parliament's budget committee to do some extra persuading.

The telegraphist from Klīversala, on the other bank of River Daugava, read the state bulletin as MPs listened with headphones on. They asked if opening the windows wouldn't improve the signal.

Linters persuaded them that Latvia will be able to make receivers locally and that the investment will pay for itself in lightning speed. This was enough to win them over.

In spring 1925 a radio antenna arrived to Rīga from France, and it was set up near the former Central Post building in the side of the canal. The tower was from the brief Soviet times, while the first antenna consisted of wires linking two masts. 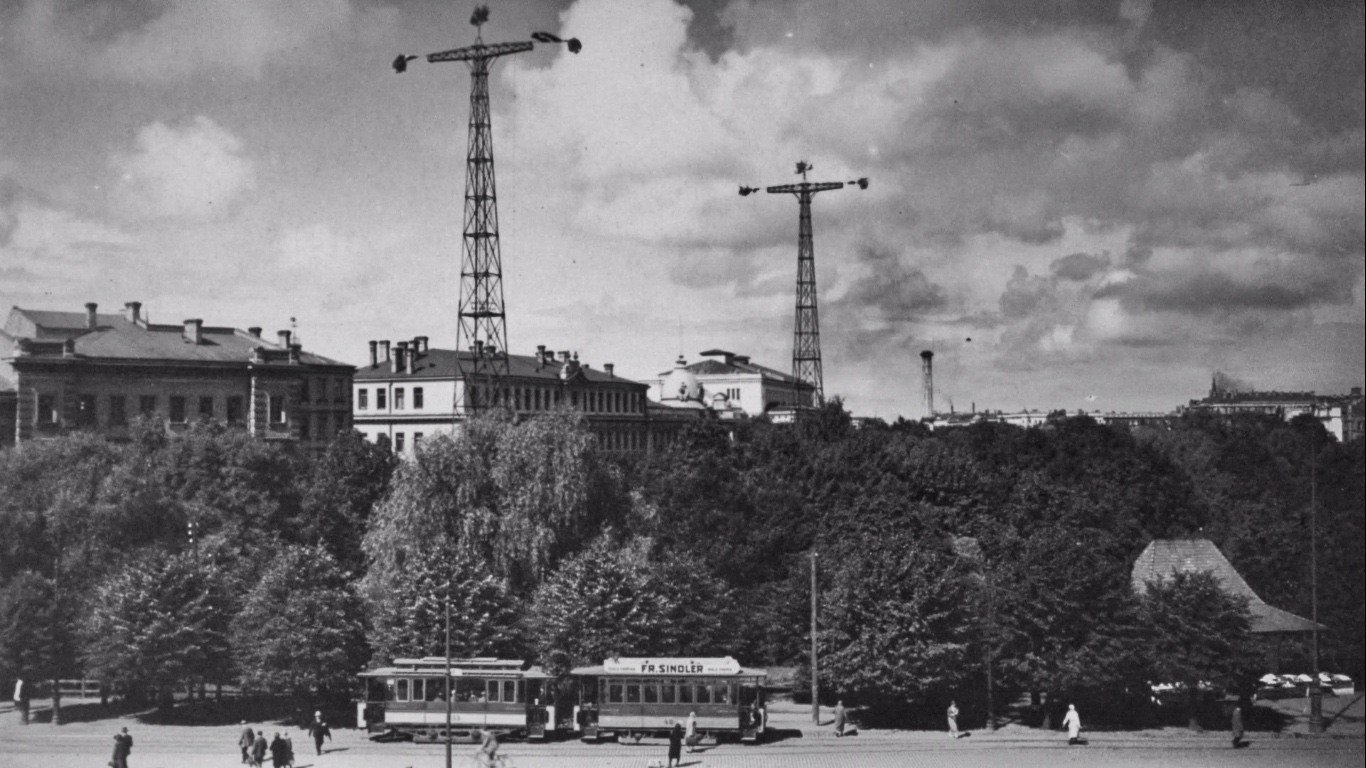 Linters' workshops started production and advertised this new fascinating device on newspapers. Radios were very expensive at 140 lats (in 1927, a government official would earn about 45 lats a month), and audiences had to pay an annual subscription fee of 24 lats.

The studio (then called the Latvia Radiophone) was set up on the highest story of the former postal building. A small adjacent street was named the Radio street (Radio iela).

The same building now houses the tiny Radio Naba studio. Its premises are of a similar scale to the Latvia Radiophone, with a table for the announcer, a few chairs and an old piano. On November 1, 1925, a Sunday evening, the first-ever radiophone broadcast swept through Rīga.

"Hello, this is Rīga. The radiophone!" the announcer said. Then he gave word to the Transport Minister, and the national anthem followed. The first broadcast was from the National Opera, a performance of Puccini's Madame Butterfly. It had just 331 subscribers back then.

Music made up the bulk of radio content in the early days. Furthermore it was only live music played in the studio or broadcast from elsewhere. Gramophone vinyls followed only three years later. Musicians did not particularly like the radio as they disliked playing on cramped premises to an audience of none.

A radio ensemble was likewise set up, and it competed fiercely with the Opera and Conservatoire ensembles. Lead by conductor Jānis Mediņš, it grew from a trio into a 40-musician orchestra within a couple years. 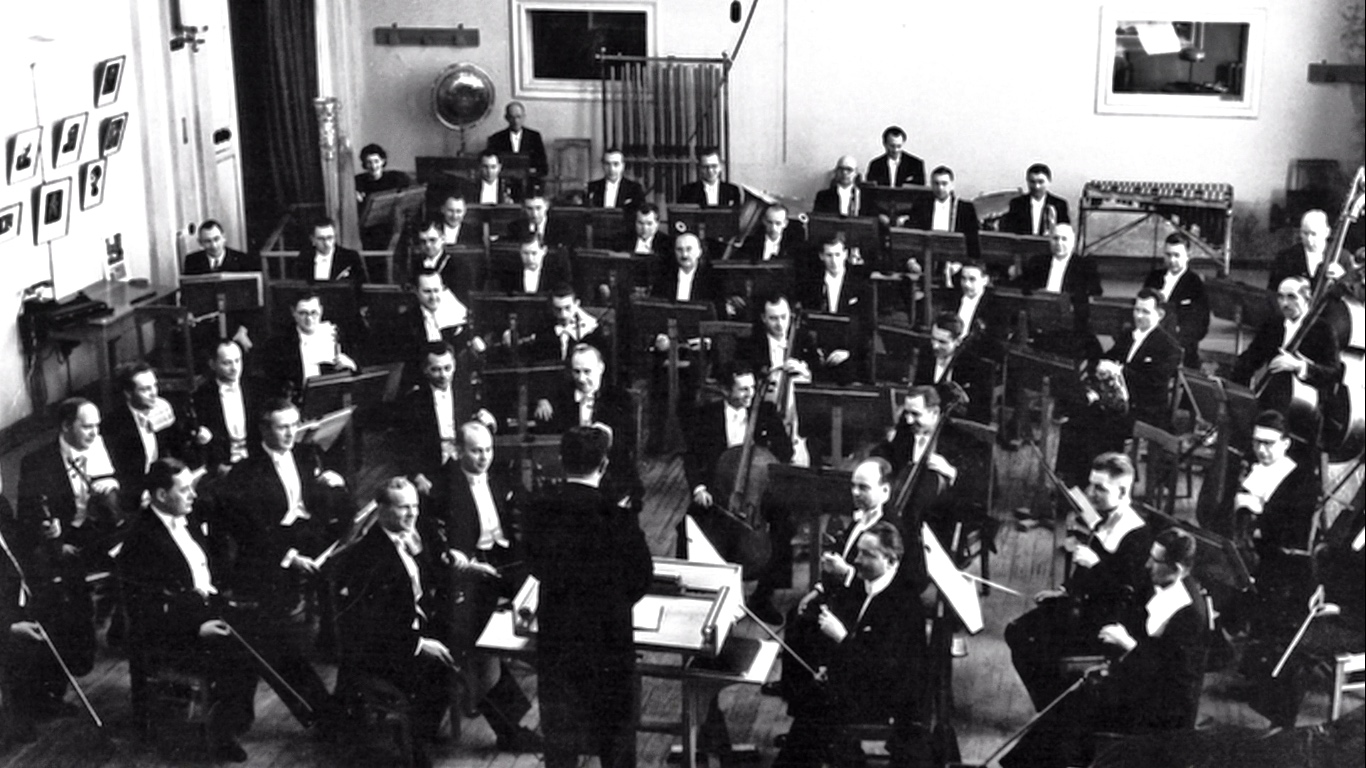 The radio expended rapidly and by the mid-30s its profits grew to about 500,000 lats. The government even wanted to unite the radiophone with the Opera to mend its budget.

Musical content was supplemented with literary readings, language classes and calisthenics, which started with the call of a rooster. The radio kept three of them altogether and put them to the microphone every morning.

The radio competed with the newspapers and early on it was only allowed to retell newspaper stories so that there was less competition. The Radiophone was allowed to broadcast in-house news only in 1929, with the first story being the Swedish king's visit in Rīga. The news desk grew to 14 people within two years.

While correspondents had to swear to produce only impartial stories, the radio did manage to skew its content towards the left by inviting left-wing lecturers as social democrats were in power.

But, when the writer Jānis Akuraters from a soft liberal party took at the helm of the radio, it disavowed such "subliminal advertising".

1931 was a difficult year in Latvian politics, as a government crisis was coupled with parliamentary elections, and the Great Depression to top it off. After the government changed and Kārlis Ulmanis' party mates started taking over ministries, Akuraters managed to hold on to his seat but the writer Edvarts Virza, who would later pen dithyrambs to the authoritarian regime, took on a prominent position at the radio. 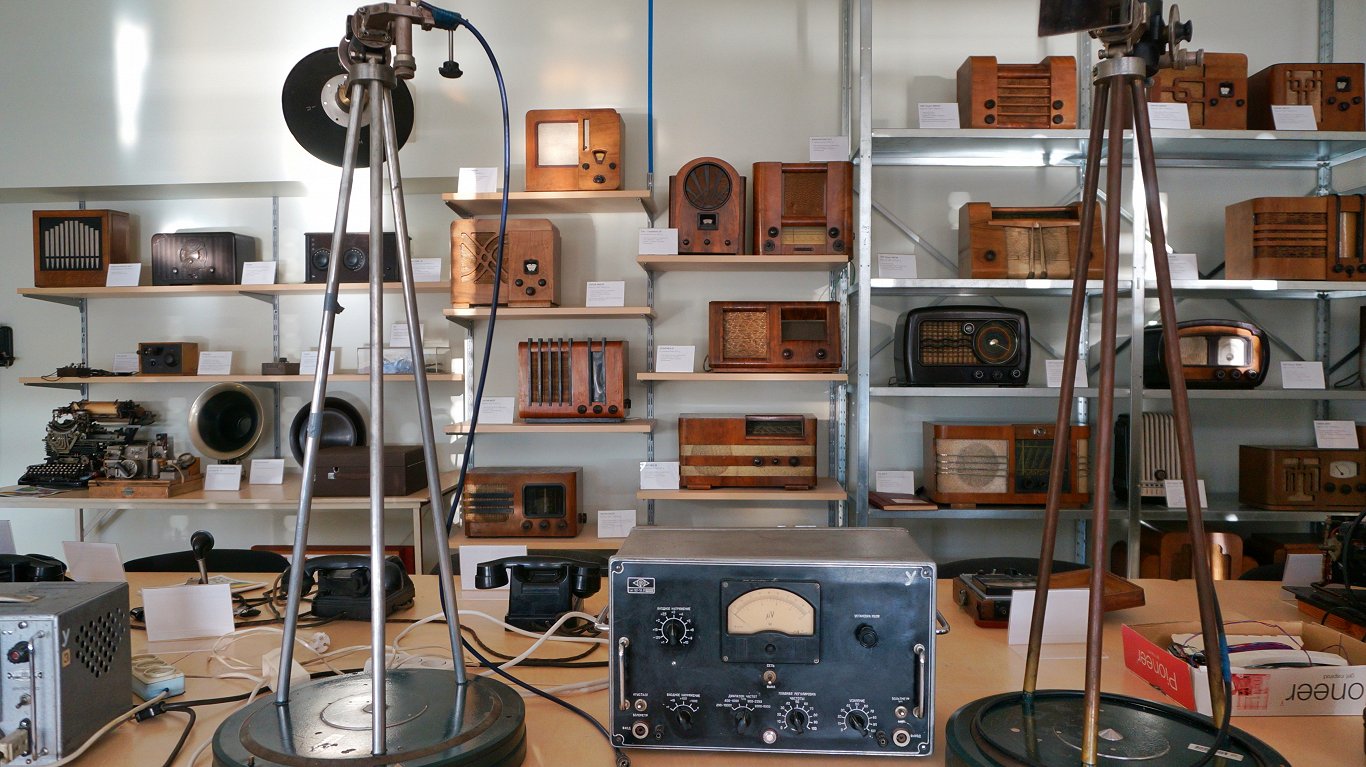 Newspapers soon started asking for more national content on the radio. In 1934, before Ulmanis assumed power, only 6% of the radio content was in Latvian. First of all, local musicians would have had to be paid substantially higher royalties. But the radio was also assumed to be a sort of a window to the world.

The Ulmanis coup turned tables at the Latvia Radiophone as well. The new leader used the radio to address the masses the very next morning after the nighttime coup. Akuraters was booted and Ulmanis' close friend Arvīds Smilga was made head of the radio.

Smilga was quite explicit about what course the radio was to take:

"The Radiophone must help the ideologically fragmented masses to unite and help the cause of our government. It is the best suited weapon to announce the will of the government. Only a single will, the Big Will should be heard in our authoritarian state. There's no place for different opinions and wills as we set to fulfilling our tasks."

Soon after, as much as 90% of the content broadcast by the Latvia Radiophone was Latvian.

The dictatorships that followed took the same route. On June 17, 1940 it was one of the first institutions to be taken over by Stalin's army. When Hitler invaded in 1941, the bulk of the radiophone archives stored at the House of Blackheads was destroyed. As the Germans retreated from Rīga in 1944, the Nazis blew up the radio's antenna, took away the equipment and set the building on fire.

After the war, the radiophone moved to premises that Ulmanis had used to assist his parades. The May 15 Square was renamed June 17 Square. What archives were left were destroyed.

It took just a couple of years to shut what was once the window to the world.