Latvia at a crossroads: November 1917

It's 1917, and it's a dramatic year in Latvian and Russian history. It's a time when revolutions and new ideas are born. Societies wearied by war are looking for ways out. Latvia has to choose between submitting to German occupation, marching with the Bolsheviks, or trying to become independent, writes the historian Jānis Šiliņš.

This is the first article of a series that seeks to chronologically relate events pertaining to Latvia's path to statehood in 1917 and 1918.

In 2017 and 2018, LSM English will publish the main pieces of the #LV99plus strand that appears in captivating form in Latvian and Russian, with historical Facebook characters telling about life in Latvia a century ago.

Three things to know about Latvia on November 1, 1917

The front line has split Latvia in two, with Germans having taken over the regions of Kurzeme and Zemgale, while Latgale and Vidzeme being part of Russia. The front line encompassed both banks of the Daugava River. 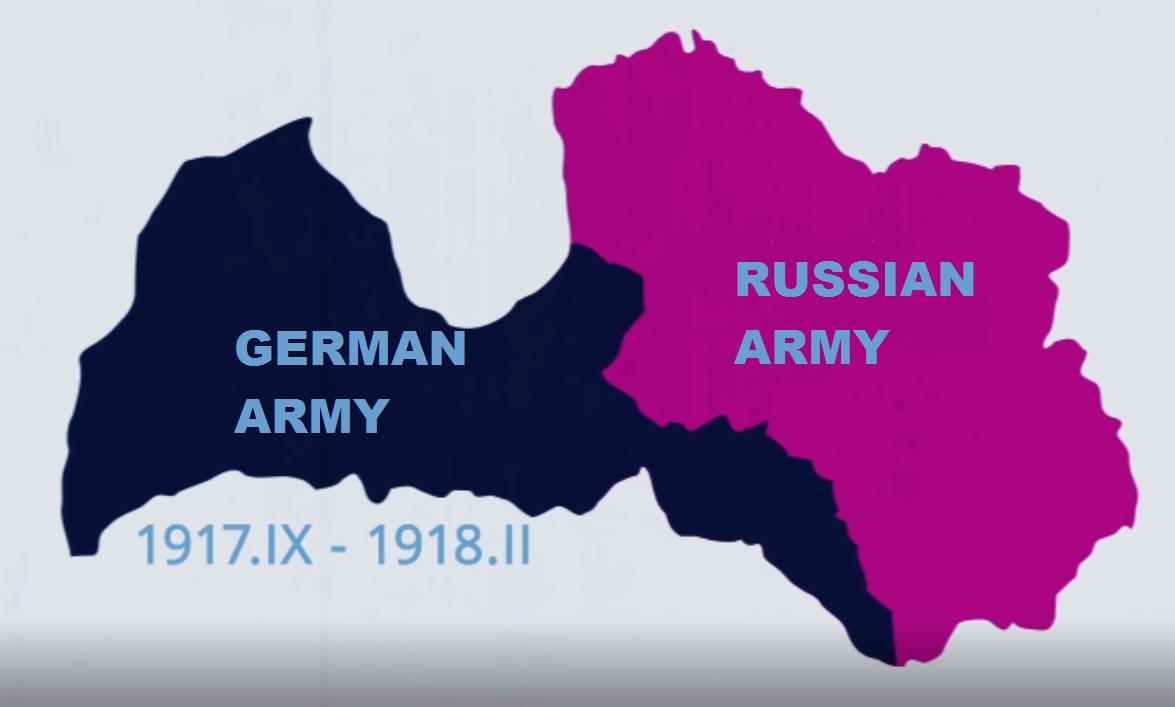 Latvia has lost half of its population due to mobilization, war, evacuation and people seeking refuge elsewhere. Latvia's pre-war welfare and strong industry has been lost in the war.

2. Russia is descending into chaos 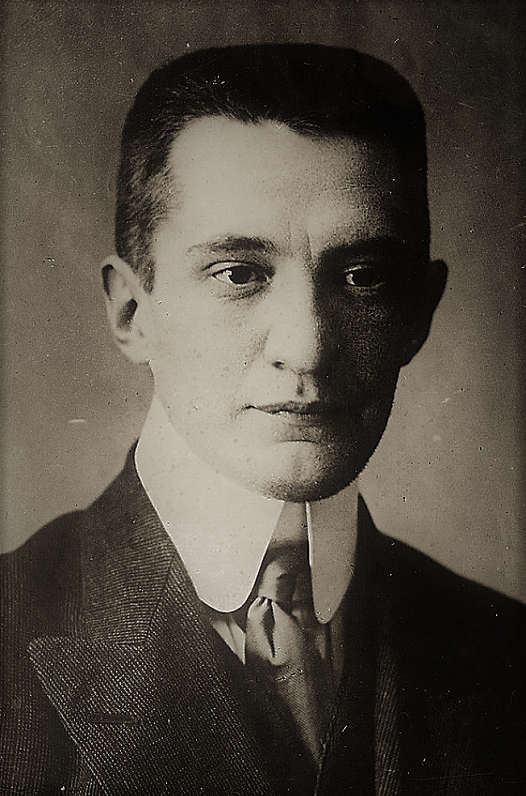 One of the most popular Russian politicians during the February revolution. A leader of the moderate-socialist Trudoviks faction of the Socialist Revolutionary Party, he was called "the knight of the revolution" and the "people's tribune" by his contemporaries. After serving as the Minister of War, in July he became the government's second Minister-Chairman. Following the Kornilov Affair, he assumed power close to a dictatorship but lost most of his supporters, including those at the army.

In February 1917 (or March, as per the new calendar) a revolution took place in Russia and Tsar Nicholas II abdicated. A short-lived democracy started in Russia. However unfortunate politics by the Russian Provisional Government, and Alexander Kerensky's strive for dictatorial powers, further entrenched the country into a crisis. Military defeats, as well as crises related to food, transportation, and fuel pressed heavily on the populace. In November 1917, people want change.

3. Neither Latvia's fate, nor the outcome of WWI has been sealed 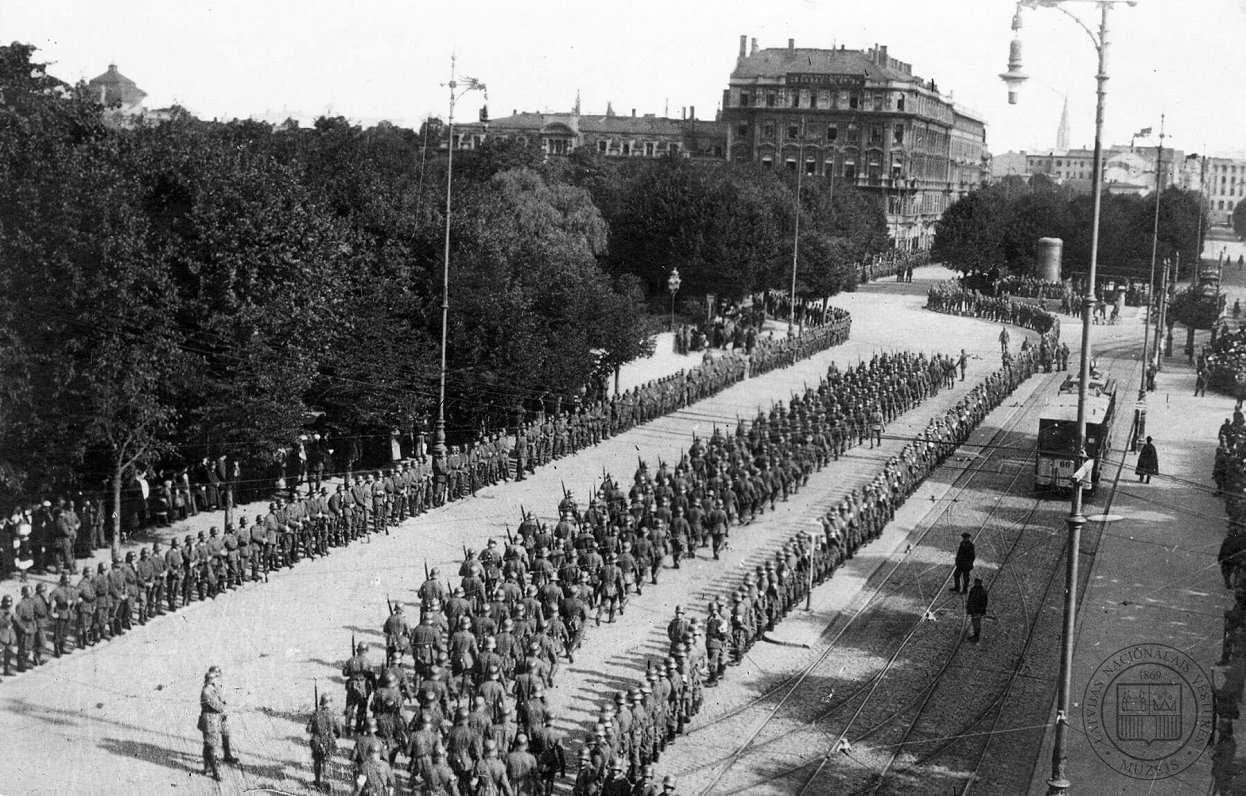 In November 1917 it seems that Germany will hold a victory in the first world war. In September Germany took Riga. The Russian army had become demotivated and it was a matter of time before it collapsed. Latvia's fate depended in many ways of how the war would turn out. If Germany would have won, it would either be added to Germany or fall within the sphere of its influence. If Russia had managed to hold and win the war, Latvia would have remained a part of Russia. While if Russia quit the war and the UK, the US, and France held a victory, Latvia would have an opportunity to become independent.

Why was November 1917 important for Latvian history?

I think 1917 is important as it's a year of fighting and new ideas. It's when new leaders are born too.

It was back then that people who'd soon establish the Republic of Latvia entered the scene: future president Kārlis Ulmanis, the formidable Foreign Minister Zigfrīds Anna Meierovics, the future president Jānis Čakste, political activist and future anti-Soviet dissident Fricis Menders, and many others.

However, during the revolutions, ideas were worth more than people. 1917 became the year when both Bolshevism and the idea of independence went on a march of triumph. Until 1917 only Miķelis Valters was as brave as to talk about Latvia gaining independence, and maybe some of his associates. However by summer 1917 the press spoke openly of the idea, and by year-end a great part of Latvia's politicians held the view that independence is the only way out of the catastrophic state they were in.

Miķelis Valters (1874–1968) was the first Latvian politician who, in 1903 while living in Switzerland, said it's necessary to create an independent Latvia. He joined the 'New Current' movement in the 1890s and in 1897 faced repressions by the Tsar along with others in the movement. Having experienced political persecution, and having lived in democratic Switzerland, he became utterly convinced that the archaic, despotic Russian Empire should fall. In 1917 he became a leader at the Latvian Farmers' Union party.

Nevertheless, the most evident phenomenon of 1917 were the Bolsheviks (they'll later start calling themselves communists). Within six months, they grew from a tiny but fanatical underground party into one of the most powerful political forces in Russia and Latvia.

These banished outcasts, who had spent large chunks of their lives in prisons and exile, suddenly became "pop-stars" of their own time - they were undoubted authorities and charismatic leaders.

Why is that? Life was very, very difficult during the war. The Bolsheviks, however, promised simple and radical solutions, and such solutions they even said were backed by science. The army did not want any more war, cities were hungry for food and heating, the peasants wanted land but the peoples oppressed under the Russian Empire longed for freedom. That is exactly what the Bolsheviks promised, and they became very popular. Their next goal was seizing power.

Lenin had money. Lots of it. Germany was generous in funding Bolsheviks who promised to put an end to the war. Germany was haunted by famines, while the US wanted to send its army to Europe. Ending the war on the eastern front was a matter of life and death for Germany. However, it would be an exaggeration to say that Lenin was a German puppet. It's just that the interests of the Bolsheviks and Germans were aligned for that time. According to several estimates, Germany invested 26 to 50 million gold marks into the Bolsheviks' 'project'.