april 30, 16:03
History
The National History Museum (LNVM) received a historically significant gift on the 100th anniversary of the day the Constitutional Convention was convened when convention secretary's relative gifted a large-format photograph of a meeting that was held on January 28, 1921, according to museum representative Toms Ķikuts.

“We don't have a lot of visual materials on the work of the Constitutional Convention in Latvian museum archives. Furthermore, some of them are only known in a reproduced format, which is why this gift is so special,” said Ķikuts.

Constitutional Convention Secretary Roberts Ivanovs (1883-1954) began his political activity illegally by getting involved in the Latvian Socialdemocratic Workers Party (LSDSP). After emigration to the US, Switzerland and Germany in 1905, he returned to Latvia on November 21, 1918 and restarted his involvement in the LSDSP in Liepāja. Ivanovs was a delegate to the Latvian People's Council and began his role as secretary of the presidium in 1920. The same year he was also elected to the Constitutional Convention and also became its secretary. Ivanovs was elected to parliament in the first Saeima elections before stepping down to take the role of state comptroller (1923-1934). After the authoritarian coup d'état led by Prime Minister Kārlis Ulmanis he was forced to leave his role. He died in Rīga in 1954.

“With this photograph my interest in my great-grandfather began, and with that in this historic event 100 years ago as well. I'm honored to hand the original over to the museum” said Ivanovs' great-grandson Egils Grasmanis.

The director of the Brain Games board game company was there in person to hand the photograph over to the museum. Grasmanis has also become involved in the “Democracy Week” initiative, which aims to remind society about the 100th anniversary of the convention and democratic values. The social media activity devoted to Latvia's parliamentary democratic history will continue up to Europe Day on May 9. 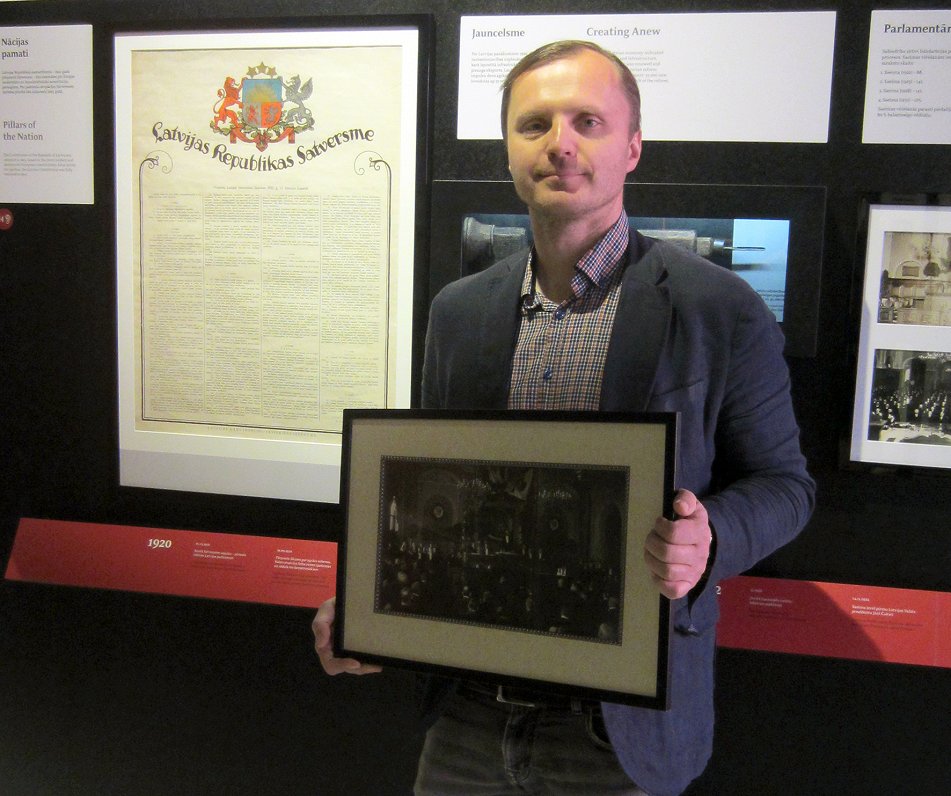