Share:
Ieteikt
Share
Tweet
june 18, 2018, 15:09
|
History
Authors: Gunta Matisone (Latvijas Radio korespondente Vidzemē)
A councilwoman at the Strenči Municipality has found a songbook that, in all likelihood, belonged to a Latvian exiled in Siberia by the Soviet occupation, reported Latvian Radio June 17.

The 184-page book was put together using school notebooks. It features many Latvian songs, including compositions of exile songs, written into the book from 1954 to 1956 in the Inta town of Komi oblast, Russia.

Iveta Ence found it by accident at the local Tukums Tourism Center.

"Whoever opens this notebook should sing and write their own ones here!" the songbook says. Ence told Latvian Radio that it features both traditional Latvian songs and exile songs such as "To a friend far away" and "The song of exiles to their homeland". 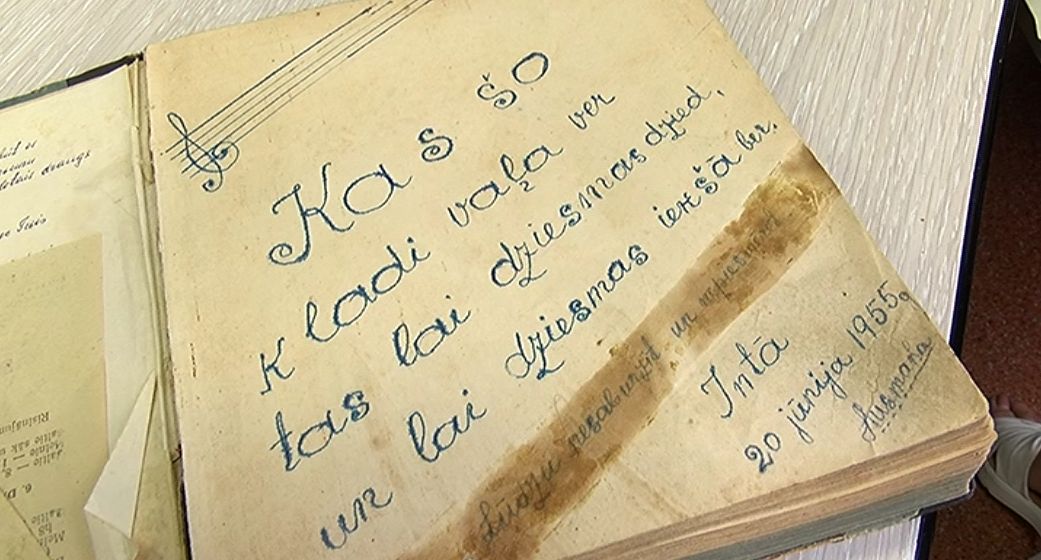 She had asked municipal employees as to how the songbook had made it into Tukums, but no one could tell her.

"I tried to learn how it came here, but, alas, had no luck. It stood in my shelf for a year, and then... I had an idea to popularize the book as it's a shame it's collecting dust in the shelf," Ente said. 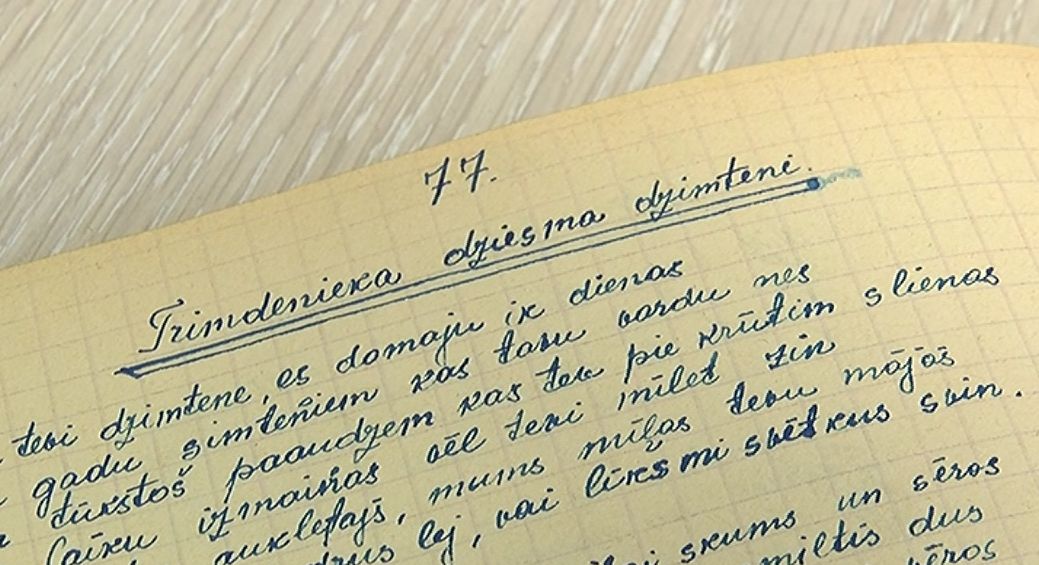 "The person who created the song book had been deported to Inta, near Vorkut. It has initials too, and [the surname] Logins under one song. And then there's Alfreds, most likely the notebook belongs to Alfreds," she sais.

"But what's most interesting is that in the end of the book there are songs in Lithuanian. As they say, Inta was built on Baltic bones. Our brother nations were put closely together there," said Ence.

"There are sad, wistful songs written in exile; there's talk about the cruel powers that be, about exile, leaving home... it can be gathered that the book was authored by a man... because there are many songs about sweetheart girls," said Ence.

The songbook is about to be put online as part of the Siberian Songbook project.

She hopes that, as more people learn about the songbook, someone will eventually be found who knows more about the origins of this Siberian songbook and the songs found inside.