"This minority hurts the Latvian nation. Chauvinists. They pretend to be loyal to Latvia, but in reality they're loyal to their ethnic homeland. If they returned to their home, Latvian society would be purer and more Latvian. We can't have schools in their language here, even private ones. Why do they speak their own language not only among themselves, but also in state institutions and cafes? And on top of that, they don't like the “s” at the end of their last name!"

During the Ulmanis presidency such nationalistic comments were commonplace with regards to the German minority. This was evident in official reports, as well as in the press and literature of that time. At the time the ethnic Germans were the third largest minority after the Jewish and Russian communities with around 62,000 representatives.

Although much of Baltic German culture has been lost to history, in Latvia there's been a renewed interest in who they were and how they viewed the country in which they lived. A lot of this interest can be connected to a revival of interest in Latvian manor houses, many of which were built and owned by ethnic Germans. LSM.lv decided to examine what has changed and what we can still recognize today of this once-dominant minority.

Siegfried von Vegesack and his tragedy

“Each little stone, each blade of grass, each grain of sand, which he felt beneath his feet was a part of himself, or he, part of the land himself.”

So wrote the well-known Baltic German, writer and Campenhausen family aristocrat Siegfried von Vegesack writes in his book “The Baltic Tragedy” (“Die Baltische Tragödie”), in which the main character, who loved Latvia, left in 1939 forever – when Hitler called, Stalin allowed it, and Ulmanis urged it.

The character was also related to nobility and was overtaken with the heroic past of his ancestors, while slightly looking down on Latvians through an unbreakable glass wall. Understandably it's a tragedy, as it's written from the German point of view – the losing side.

"At that time the situation was different and people were different," historian Artis Buks told LSM.lv. "Taking education, for example. The 1919 temporary government had practically only one person with a noteworthy higher education — Miķelis Valters, who the Baltic German leaders considered on an equal level. The rest of the ministers — some had studied a bit somewhere, however in terms of education they weren't on the same level as the Batlic German National Committee (Deutschbalte Nationalausschuss) — where the absolute majority were doctors of science.”

Historians can read about the historical prerequisites for the snobby attitude of the elite Germans and the negative attitude of the other side in Vegesack's other book “Ancestors and Descendants” (“Vorfahren und Nachkommen”). The author writes about history through historical letters his family wrote over several centuries.

One relative considers the abolition of serfdom in the first half of the 19th century: “No, they are an ungrateful people, and I view them differently than before. They were slaves, and they should stay that way… The more you give them, the more envious, greedy they get. You can't get gratitude from the souls of slaves. Slaves understand and listen only to one language: not reason, even less generosity — but only the whip!”

Read this and you begin to completely understand why after a few generations in 1905 this “ungrateful people” burned the manors of barons. However it must also be mentioned that an aristocratic family member replied to this letter:

“If, in these days, there is something more deplorable than slaves, then it has to be slave holders. And if there is any point in nobility, than it can't preserve and recall the past, but it must open a road to a better future for future generations.”

Siegfried von Vegesack left Latvia before World War I to study in what is now Tartu, Estonia, and then on to Germany. He returned to visit his brother, but came for the last time during World War II as a German army translator. The well-known author, who was born in 1888 during the rule of Czar Alexander III, survived the war and died in 1974, during the late Brezhnev period. There was a recent resurgence of interest in his works when Viesturs Kairišs turned his book “The Baltic Tragedy” into a play called “Baltic Ring”(sic) (“Baltiešu gredzens”).

The Latvian press was rarely empathetic or worried about the transfer of their fellow German citizens. It was at times even wickedly joyful and delighted. Some newspapers were so disdainful that in January 1940, after Baltic Germans had moved, the Latvian Ambassador in Berlin Edgars Krieviņš notified Foreign Affairs Minister Vilhems Munters that the German government was “unpleasantly surprised” about the articles published in Latvia.

“Our press has begun this sordid belittling after those who are belittled have left and cannot reply or defend themselves,” Krieviņš passed on the message.

One could say that the Baltic Germans had become somewhat of an “inconvenient minority” for the new Latvian republic. The German MPs disputed the nationalization of land and manors, arguing that it constituted discrimination based on ethnicity, but instead of compensation they were accused of disloyalty.

Vegesack also reveals in his novel what many Germans thought about the Latvian language - it's nice to know, but a bit useless outside of Latvian borders. They didn't want to have to add the 's' on the end of their names either, as dictated by Latvian grammar. 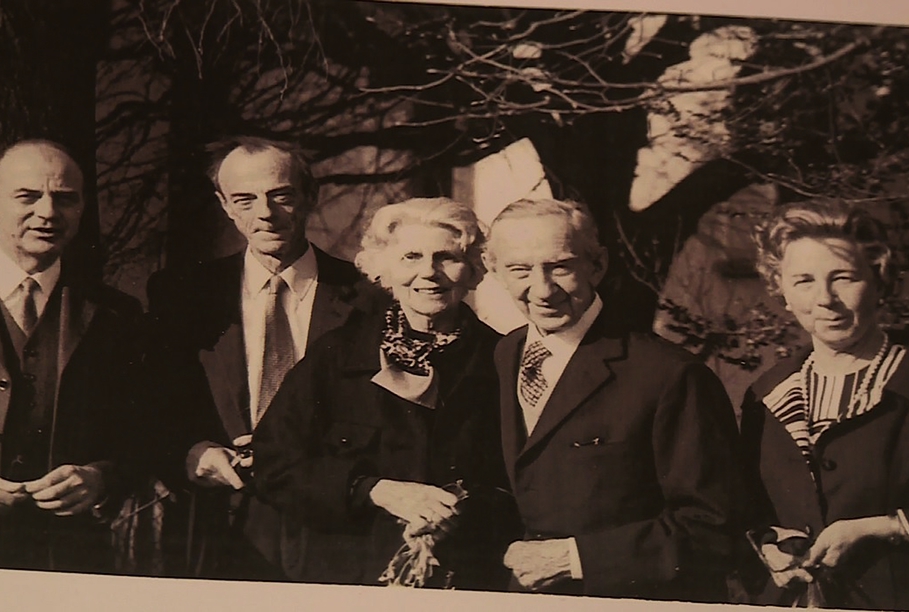 Many local Germans were detained under suspicion of being foreign agents of influence, whether or not the Germans gave the state reason for such suspicions. Once such instance was on September 30, 1939 after the USSR and Germany had divided Poland. One Political Police official's notes reveal: “The local Germans tried to follow all rules and openly seem like loyal citizens to the republic, but their hidden thoughts differ, and they would like to see Latvia once again ruled by their tribesmen.” On the other hand, those who didn't want to harm relations with Germany tried not to enrage “their own” Germans. When Germany secured positions in Eastern Europe in 1938-1939, the anti-German policies stopped (“The Centenary of Latvia's Foreign Affairs, Part I”, Latvian Institute of International Affairs, Martyn Housden).

Even after losing power and privilege, in the 1930s the Baltic Germans were still the local elite, both financially and culturally. Even though they were only 3% of the population, they owned 17% of factories, their companies were responsible for 16% of total market turnover, and they owned almost 30% of all large apartments in Rīga. They had their organizations, churches, fraternities, schools and the Herder Institute.

The repatriation at the end of 1939 was the result of an agreement between Latvia and Germany, signed shortly after the signing of the Molotov–Ribbentrop Pact. Some sources say it was voluntary, others claim it was forced. Formally the choice was voluntary, but those who wanted to stay were assured that going forward there would be no rights to a German cultural space. Local Nazi activists also promoted their own repatriation propaganda - rightly warning that the Bolsheviks would soon come.

It's a bit too late to ask people why they chose to leave, but we do know that those departing on the boat sang “God Bless Latvia!”, the German national anthem, as well as the Nazi Party anthem. The combination of the internal factors, the ethno-centric Ulmanis regime, the external threat, the invitation from Hitler and worries about Sovietization, definitely combined to form strong push and pull factors.

"In my opinion, rarely any of them voluntarily left their homeland for good," said historian Artis Buks.

In 1940 German Ambassador Hans Ulrich von Kotze visited Foreign Affairs Minister Munters and expressed his thanks to the Ulmanis government for their support in the repatriation, and both sides agreed that there was no longer a German minority with individual rights in Latvia, and that all minority issues between the countries were solved. The remaining 20% of Baltic Germans left when Stalin took over Latvia, and in the end they were the only ones with the rights to regain their property when Latvia regained independence.

The children of barons return to visit

With or without Latvian citizenship, the descendants of German barons continue to visit the homeland of their ancestors, however Buks says it's only wishful thinking that any of them might return for good.

"You can fantasize about how it would be if the old aristocratic families returned to the Latvian countryside to take over their manors, but practically the upkeep is too expensive. It was interesting in 2014 when two large buses came to Latvia full of descendants from the Kurzeme knighthood families. The highest aristocracy. The older generation over 60 more or less speaks Latvian. They were mostly either born while emigrating, or here, and were taken to Germany around two or three years of age,” said Buks.

“That means they learned Latvian at home. Of course they speak with an accent, but the majority speak better Latvian, than I can German,” remembers the historian.

"I haven't heard that they want to return for good. It was the homeland of their ancestors. The first generation spent their whole lives longing for their homeland, but the second or third... It's hard for me to say how modern Baltic Germans view Latvia. I think today their Batltic roots are more of a tradition," said Buks.

“It’s a disappearing phenomenon, and even the Baltic German organization “Domus Rigensis” feels the ageing times. This speeds up the decreasing numbers of Baltic Germans who remember Latvia, their homeland. But those Germans who stayed here, they’re raising their grandchildren, who sing German songs and come visit us at Christmas. But they’re also becoming fewer and fewer,” said the former manager of the House of Blackheads Ojārs Spārītis 14 years ago in 2005. 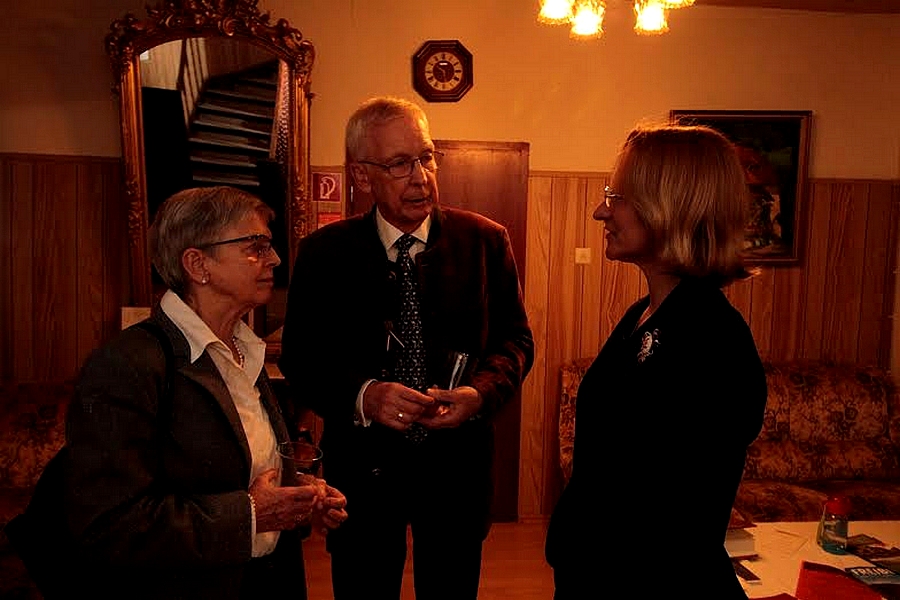 While the Baltic German culture isn’t yet completely lost to history, interest is growing in Latvia about who they were, how they lived, and how they viewed the country. The translation and re-publishing of Vegesack’s book and Kairišs’ play are just a few examples, as well as the many groups that have popped up on sites such as Facebook.

“I think that the Latvian public's interest in Baltic German cultural heritage has resurged along with the countryside manor renaissance,” said Buks.

"At the Spāre Manor the manager Tabita wrote to the von Grotthuß family, who were the former owners. They became acquainted. A member of the Grotthuß family came to visit and now they have a great connection. A whole group of locals who began to take an interest turned up," recalls the historian.

He also recalls an interesting incident: “A baron’s descendant came to Latvia in the nineties, an honorable historian, professor, and he was taken to his ancestor’s manor, which was a local school at the time. Some locals in tracksuit bottoms were sitting near the servant’s quarters drinking beer. They were told that the professor would like to speak with them, that “I want to read these farmers a fragment from my family’s chronicles, that my family has lived here!”. The locals weren’t interested, but then the professor announced that they would pay them 10 deutschmarks an hour for their time.”

“So the grey-haired baron stood on a stump in his ancestor’s manor yard and read the descendants of the servants his family’s chronicles in German,” recalls Buks.

“All the locals had gathered, listening intently and inconspicuously checking their watches! Afterwards the whole village saw him off with ovations to come visit again! The German gentleman was moved to tears, how the “bauers” love him. He didn’t understand that they loved his money. But maybe nonetheless one of them became interested in who this strange foreigner was," said Buks.

Director Viesturs Kairišs had a more critical view before producing his play: “The Baltic German issue still hasn’t been discussed, it’s still swept under the rug, acutely sectioned off from the glamorous structures — splendid palaces, manors, historical city centers — everything that attracts tourists."