Soldier tales: Aleksandrs Butāns, who served in the Army of independent Latvia

july 10, 2019, 12:39
History
Authors: eng.lsm.lv (Latvian Public Broadcasting)
July 10 is the centenary of the official founding of the Latvian Army. To mark the occasion, here is another biography of one of the people who has served under the Latvian flag during the past century.

The story of Aleksandrs Butāns, who served in the Independent Latvian Army and worked in the opera after the occupation, is part of a story series on Latvian Radio dedicated to the 100th anniversary of the Latvian Army.

Aleksandrs Butāns was born in 1903 in the Gārsene parish. He began his army service in Daugavpils during the period of Latvia's independence. Aleksandrs was one of the cavalrymen. In 1936 Aleksandrs was laureled with a second grade Order of the Three Stars for his 15 year service to the Latvian Army.

During the Second World War, Aleksandrs was sent to a labor camp in Germany. The Nazi Germany formed special work units, which consisted primarily of students, former soldiers, and women. In 1944, however, these work units were brought back to Latvia and it is likely that Butāns was among them.

Aleksandrs went on to train in Liezere for a post-war qualification and gained a 5thgrade carpenter's certificate. After that, he came to Rīga, most likely to dwell in the cultural hub of the country. Not much is known of his doings after the First World War. It is known, however, that he became a carpenter and worked in the Latvian Opera. 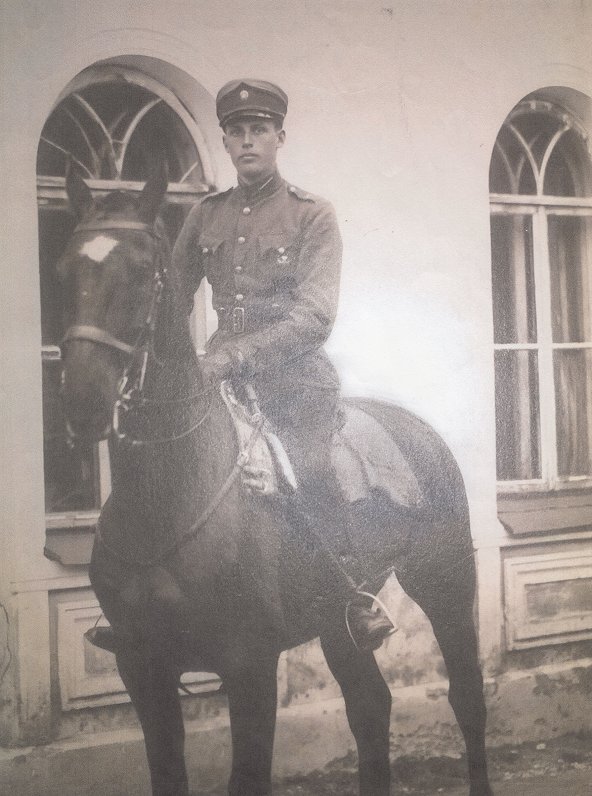 He has also remained devoted to horses for all of his life. After World War II, he participated in equestrian sports and later worked as an umpire. Some evidence of this can be found in the press releases of the time, which state that Aleksandrs had participated in a racing competition with the horses named Elva and Djelovoj in the 50's and finished first.

In a photo provided by his relatives, Aleksandrs can be seen as a 25-year-old youth in Daugavpils. In another photo, he is middle-aged.

There's little evidence as to what happened to him in later years, and it is possible that the reason why he wasn't persecuted after the Second World War was because he didn't occupy any high posts. Aleksandrs died in 1977 in Rīga.