Share:
Ieteikt
Share
Tweet
july 2, 2019, 11:05
|
History
Authors: eng.lsm.lv (Latvian Public Broadcasting)
The story of Eduards Sebris, who received the Lāčplēsis war award for heroism during the Bermondt affair period, but joined the National Partisans after the occupation of Latvia is part of a story series on Latvian Radio dedicated to the 100th anniversary of the Latvian Army.

Eduards Sebris was born in Ranka on 18 November 1899. On 18 November 1919, when the Bermondt battles were won in Rīga, and the Bermondtians were routed to Lielupe, near Jelgava, Sebris, together with his army unit, also crossed Lielupe in the Jelgava region. Under the cover of night, the soldiers occupied some houses and chased away the Bermondtians, taking away their horses and carts. This heroic deed was deemed worthy of the Lāčplēsis War Order Award. At the time, Sebris was turning 20, and awarded himself the status of a hero, as it were, on his birthday.

In the pictures taken shortly after Sebris received the award, he appears in a Latvian Army uniform. In the second picture, he is seen in the army's winter garb with two of his fellow soldiers. Just after the Freedom Battles, they are still not wearing the same uniform. During these battles, the soldiers of the Latvian Army wore whatever they could get. Modern soldiers, perhaps, can appreciate the danger of a single army unit wearing a disparate medley of clothes. When soldiers are wearing 40 different kinds of attire, it's difficult to tell, who is the ally and who the enemy. 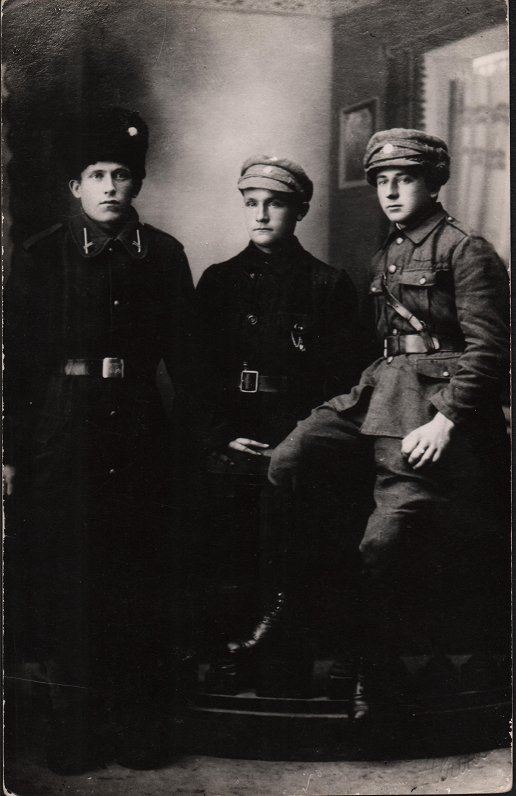 Eduards Sebris, after witnessing the changes World War II was wreaking on Latvia, and the course of the Soviet occupation, decided to escape into the woods and join the national partisans. Little is known about this stage of his life, since he had gone away in 1944./1945. In 1946, however, it became known that he was dead. His decision testifies to his heroic spirit, for, being already in his 40's, he chose to prove his loyalty to Latvia for the second time. Because Siebris' family was expatriated at around this time, the eve of his life remains obscure. 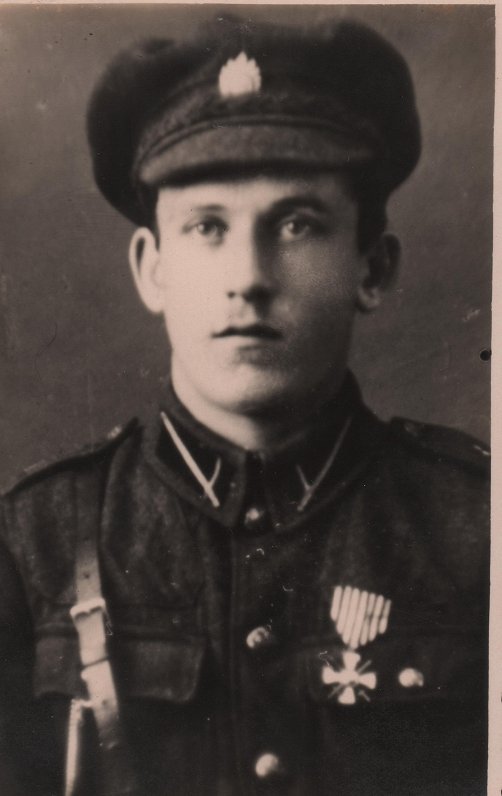 Eduards Sebris died in 1946 as a national partisan, and his memorial plaque can be found in the Sila graveyard of the Vēlene Church.