Fourteen children were among the victims of the blast, caused by a gas leak in the basement of the building, and as the Soviets did all they could to silence news of the event, it remains a little-known page in Latvian history.

Juris Pudelis has a 1995 newspaper in his hand. It's from the time when the media are finally reporting details about the event. Papers from 1969 don't have any info about it. Pudelis, a forester, used a pencil to point out the place that took his family apart; it shows a brick building enveloped by a cloud of smoke. 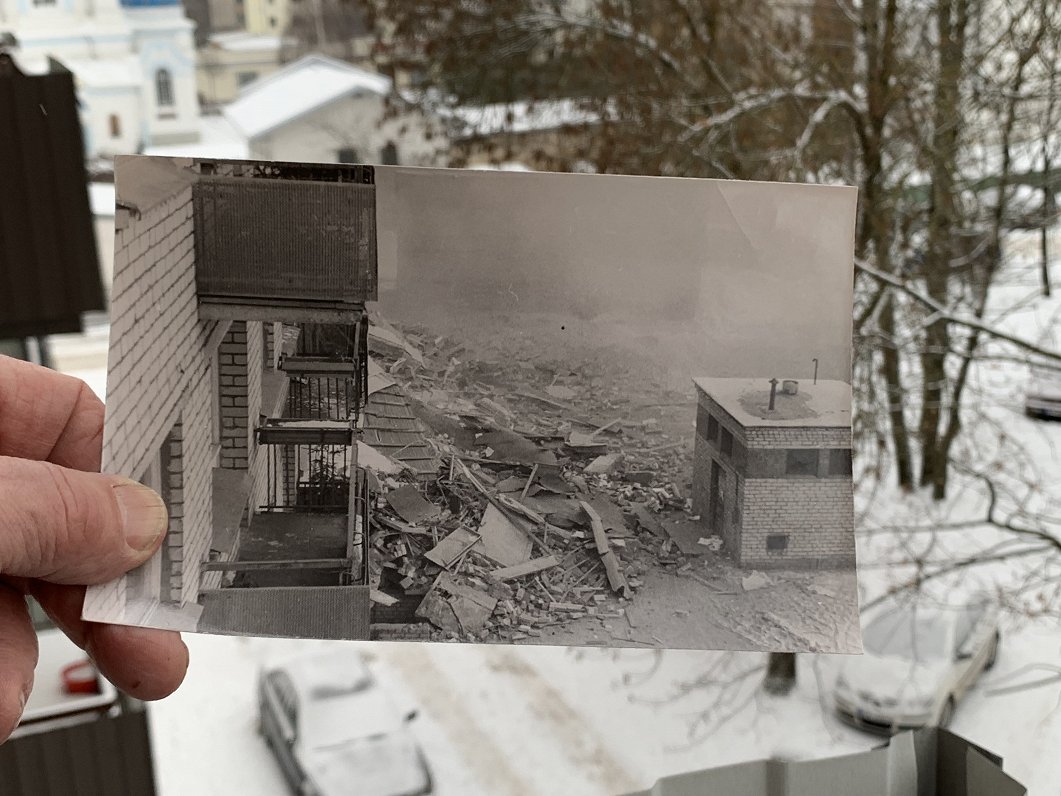 "It was a Sunday. The next day, school would start again following the winter break," said Juris. "I was reading in my room. My parents were in the kitchen, making lunch. My elder brother Pēteris and younger brother Jānis were in other rooms. The blast wasn't big, it wasn't even high-pitched. It was more like a clap. My parents and I met in the door. I remember a sort of a cloud of dust, like fog. It was a sunny winter day, -15C and there was a lot of dust. And then you understood something unimaginable has happened," he said. "My brothers were in the rooms that collapsed," he said. Juris' father had rushed to the street wearing his home clothers, without a jacket or a hat. Juris and his mother followed. "The kitchen window was not even shattered. We were able to escape through the stairs," Juris said silently. "I was twelve then. I was a child, a boy, but this date marked the end of my childhood. 50 years have passed, and now I am finally able to talk about it. My parents had it the worst... To them, it was a huge blow, which they felt for all of their lives."

On January 12, 1969 at 10.55 a.m. a gas blast destroyed the apartments of a single stairway of the 9th apartment building on Raiņa street. The apartments in the other stairway collapsed only partially.

39 people died instantly, among them fourteen children. Two more died later in the hospital. Juris' father was the first to call to the nearby Ozolnieki, his workplace, for heavy machinery to arrive. It is most likely that the crane seen in images of the event was the one his father called. Until the equipment arrived, the people at the scene sought to rescue others using their bare hands.

The building's supervisor Valdis Āboliņš, whose apartment was not destroyed in the blast, took photos. One was taken just 30 seconds after the blast. The following picture shows a crowd of people looking at the ruins. "There were many who tried to rescue the others with their bare hands...soldiers had arrived from the nearest military base. They didn't even have gloves to work," said Āboliņš.

Sadly, the blast happened at a very inopportune time, as many families were about to vacate their apartments to attend a local school event. The building was erected just in 1967, two years before the blast. The apartments were allotted to specialists at the Latvian University of Agriculture. It was one of the first to have a gas connection, as gas pipes were only just being installed during that time. It later turned out that there were gas pockets in other basements, including the nearby Zemgale cinema. "It too had a basement full of gas. To think of it - if there had been a blast during screening," said Āboliņš. "There were a hundred people there. And the wells were full of gas too. It was revealed in an inspection the next day, as there was no one there to inspect right away, on the 12th." Āboliņš recalls that the investigation went swiftly. In the summer of the same year, two people received criminal convictions, with the senior maintenance expert and the building's chief engineer receiving respectively two years in prison and community service with reduced pay. Valdis Āboliņš said that inspections were carried out across the USSR to prevent such accidents from happening again. For example, gas pipes now entered the building from the outside instead of through the basement, in order to prevent gas pockets from forming down below. Despite the accident, most people returned to their apartments once the building was restored. Only the people who received larger apartments in compensation didn't come back.

Juris' parents returned too. Initially, it seemed strange to him that they'd want to. But his mother Hilda said she felt closer to her lost boys there. She said she had heard Pēteris, her elder son, calling her from the ruins right after the explosion.

"My brothers were found the next day," Juris Pudelis said.

Meanwhile Gaitis Grūtups, a journalist at the local Zemgales ziņas newspaper, started his book on 20th-century catastrophes in Latvia with describing this blast, seeing as the crash could have been prevented. "The greatest trial for me personally was the 2013 [supermarket crash in] Zolitūde. You see the parallels. Both sites had big buildings. Rescuers are at a loss before the arrival of cranes. It all depends on the speedy arrival of heavy machinery. Here, too, you could have saved many more people. But not with your bare hands," said Grūtups.

Valdis Āboliņš remembers that in 1970 he wanted to commemorate his lost relatives and neighbors, but an initiative to that effect was quickly banned by the authorities. Now he wants others to learn about the event, which the survivors will never forget. 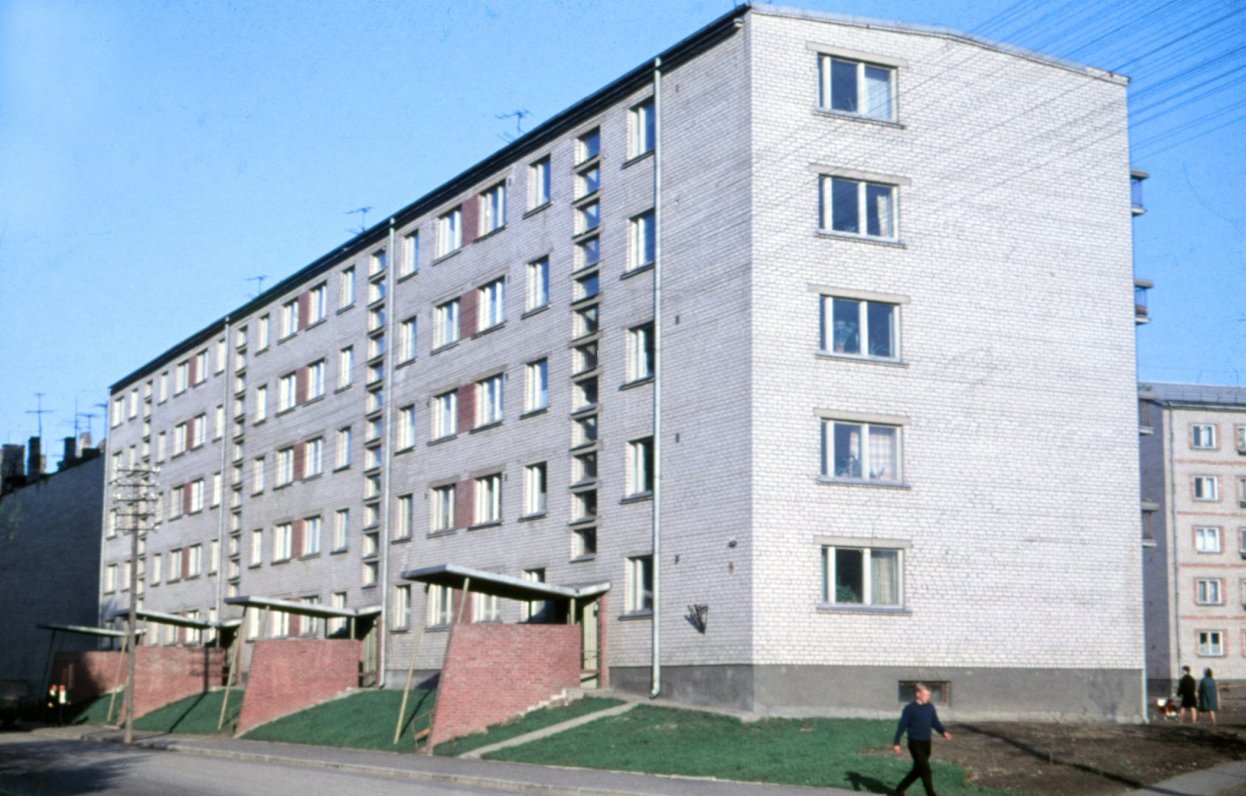