march 21, 2018, 12:58
History
Authors: Jānis Šiliņš (Historian)
The best-remembered Latvian politicians of the early 20th century come from the Bolsheviks (Pēteris Stučka, Jūlijs Daniševskis), the social democrats (Rainis, Fricis Menders, and Pauls Kalniņš), as well as nationalists like Kārlis Ulmanis, Jānis Čakste and Miķelis Valters. The conservatives, however, are less known, but nevertheless they were very much in the public eye in spring 1918, because the rest had gone underground or fled to Russia.

Veinbergs was one of the most scandalous and hated early-20th century politicians. He came into public life during the time of the so-called Young Latvians, and during the culmination of the National Awakening headed the Riga Latvian Society, becoming, in the decades that followed, one of the most famous journalists and opinion experts.

Despite the sheer scope of his activities, and his great merits, Veinbergs was unable to find many associates. His political views were very unpopular for the time. He promoted the idea of setting up a Latvian elite, defended monarchy and wanted to find common ground with the Baltic Germans.

Following the 1905 revolution, such views turned him from a person on the fringe of politics into one of the most hated targets among the revolutionaries.

During World War I, his reputation deteriorated further, because he was the only Latvian politician during the revolutionary year 1917 who continued to support monarchy, which had lost what little favor it still held, and after the fall of Riga he collaborated with the Germans and became an editor at the only Latvian-language newspaper at the time. 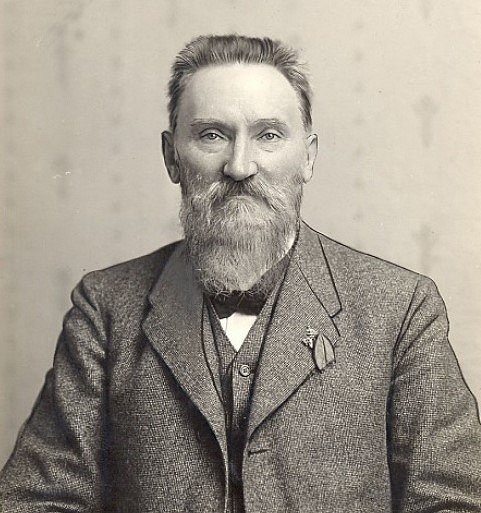 No matter how unpopular his views proved to be, Veinbergs made great efforts to rally what little support he had and to promote his ideas. To this end, he set up The People's Party in 1905. The eccentric leader announced that his party was the oldest Latvian political organization and that its roots could be traced to 1883.

The party found support among an association of property owners in Riga, and supported the regime of the Tsar. In 1917 it resumed its activities but was unable to find even minuscule support, with its members numbering only 200 to 300 even under the favorable circumstances of German occupation.

In stark contrast to Veinbergs, Andrejs Krastkalns was one of the most respected Latvian politicians in the early 20th century.

The was the first Latvian to be elected to the Riga City Board.

Similarly to Veinbergs, he was an active participant at the Riga Latvian Association and was, for a long time, its chairman. During World War I, he was the mayor of Riga, and following the revolution the Russian Provisional Government made him commissary of the Vidzeme Governorate (an office equivalent to that of the governor before the revolution). In 1917, Krastkalns was one of the most noticeable Latvian politicians.

After Riga fell to the Germans, Krastkalns, like Veinbergs, collaborated with the Germans. He assumed control over the Latvian Auxiliary Committee, looking after Latvian interests under the German occupation.

Krastkalns supported setting up a Baltic Duchy, becoming a member of its Council of Regents, and afterwards he joined the government of the self-proclaimed national traitor Andrievs Niedra in 1919.

He continued to express similar ideas even when he became a deputy in the 2nd Latvian Saeima. Krastkalns could always claim his main goal was representing the interests of the Latvian people during the hardships of occupation. 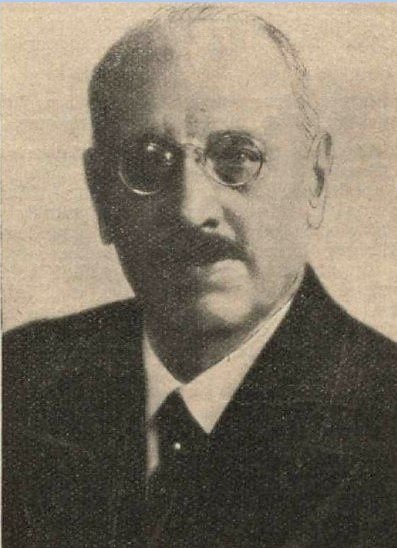 Ulmanis and the rest of the bunch...

One of the most ambiguous episodes in the biography of Kārlis Ulmanis, who later became the head of the Latvian Provisional Government (and, still later, in 1934, the authoritarian leader of Latvia), is related to Krastkalns' activities. In 1917 he became the deputy head of the Latvian Auxiliary Committee. He was also Krastkalns' deputy as early as spring 1917 when Krastkalns was proclaimed the commissary of Vidzeme. Nevertheless, Ulmanis later insisted he did not have similar political views to the pro-German politician.

Be that as it may, the political situation in spring 1918 was very complex in Latvia, and many thought only cooperation with the German authorities could save the Latvian nation from total destruction. It was the outlook of a number of renowned Latvians, like the famous architect Konstantīns Pēkšēns, publisher and actors Jānis Brigaders, teacher and book publisher Jānis Aleskandrs Freijs, agronomist Paulis Lejiņš, and others.