Artist Anete Melece's book "Kiosks" ("The Kiosk") has won more acclaim, being ranked on a list of top 100 new picture books in the world.

The book came out in Latvia in the spring of 2019, and a few months later it received the Jānis Baltvilks award, the annual prize in children's literature. This week, it was announced that the international dPICTUS platform for picture book publishers had ranked it on the list of 100 greatest picture books for the second year in a row.

The Italian edition of the book “Il chiosco” just earned the prize of the Italian Union for Children's Libraries in the "Premio ORBIL" category of picture books.

Other countries have shown great interest in the book. There are currently 15 contracts for its translation into other languages, including Chinese, Mongolian and Japanese. Next year, the story might premiere as a children's opera in Düsseldorf, Germany.

The inspiration for the book arose from an animated film of the same name, created by Anete Melece in 2013, which has been awarded more than 20 prizes at multiple film festivals. 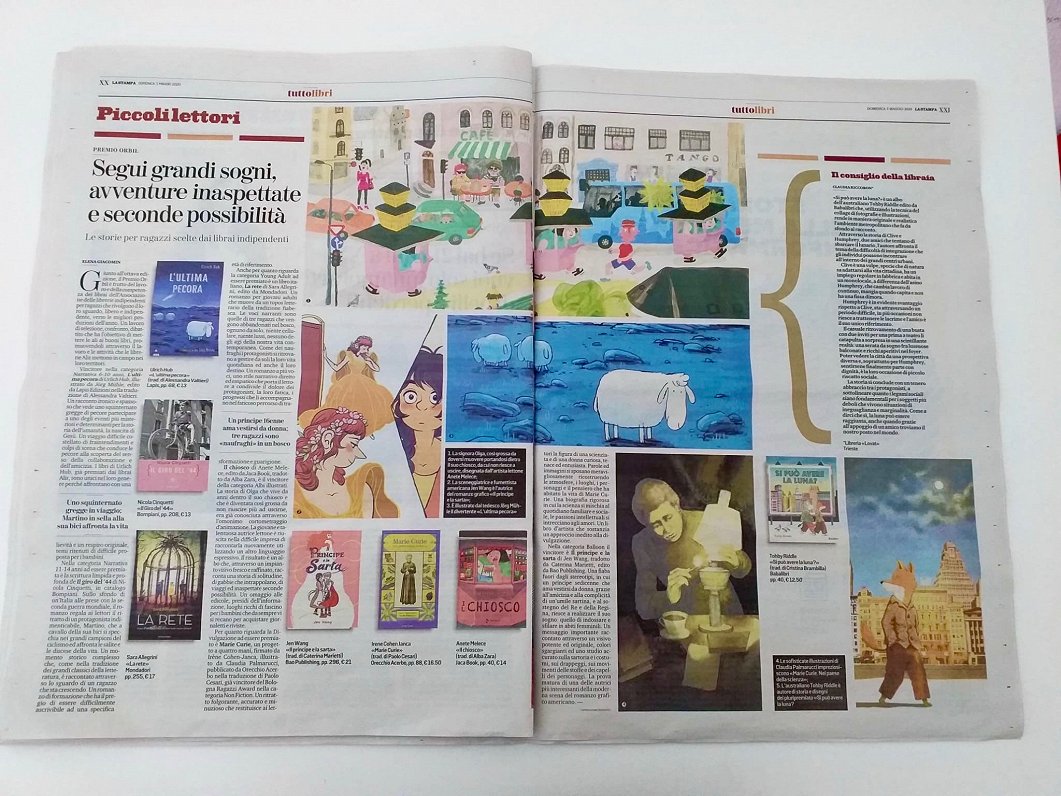 Photo: From the private archive - An article in the Italian newspaper La Stampa

Anete Melece's animation film tells the story of Olga, a vendor stuck in a Riga kiosk. She cannot step out both because of her size and lack of courage. A turn of events finally allows Olga to pursue a cherished dream.

The creator, now living in Zurich, Switzerland, for 13 years, said the idea had come from personal experience. She had been working at a packaging design company at the time. Everything seemed fine, but a feeling inside kept demanding a change.

"I thought I wasn't the only one stuck in a rut and comfort zone, same stuff every day. I was longing for a change, and the idea of Olga literally stuck in her workplace came to me," said Anete Melece.

“The inspiration for the design of the “kiosk” came from a particular kiosk on the corner of Aspazijas Boulevard and Krišjāņa Barona Street in Riga. I wanted it to be Riga and not someplace abstract." 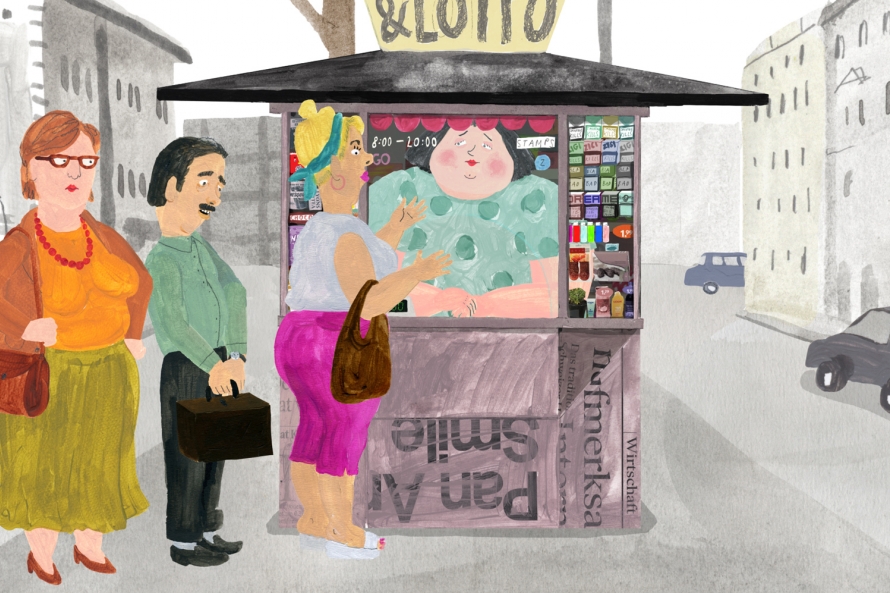 The artist admits she hadn't even dared dream that the film would gain so much attention and awards at more than 20 different film festivals.

The potential for a book based on the film was seen by Alīse Nīgale, the director of the publishing company "Liels un Mazs", which has been collaborating with the artist for over 10 years.

"Anete has a very warm sense of humor and sincerity when she speaks about her film and book characters. That is why I love her illustrations, and publishers near and far have also noticed and appreciated them," said Alīse Nīgale.

"A Japanese publisher had marked the value of the story in the pandemic context. The story of Olga stuck in her kiosk but eventually pursuing her dream shows how we should continue dreaming even when we are locked inside. There are so many layers to the story."

The story, already a film and a book, could soon be transformed into an opera, unless the pandemic causes alterations. Anete Melece has already met with the creative group of "Deutsche Oper am Rhein” in Düsseldorf. The premiere is scheduled for March 2021. 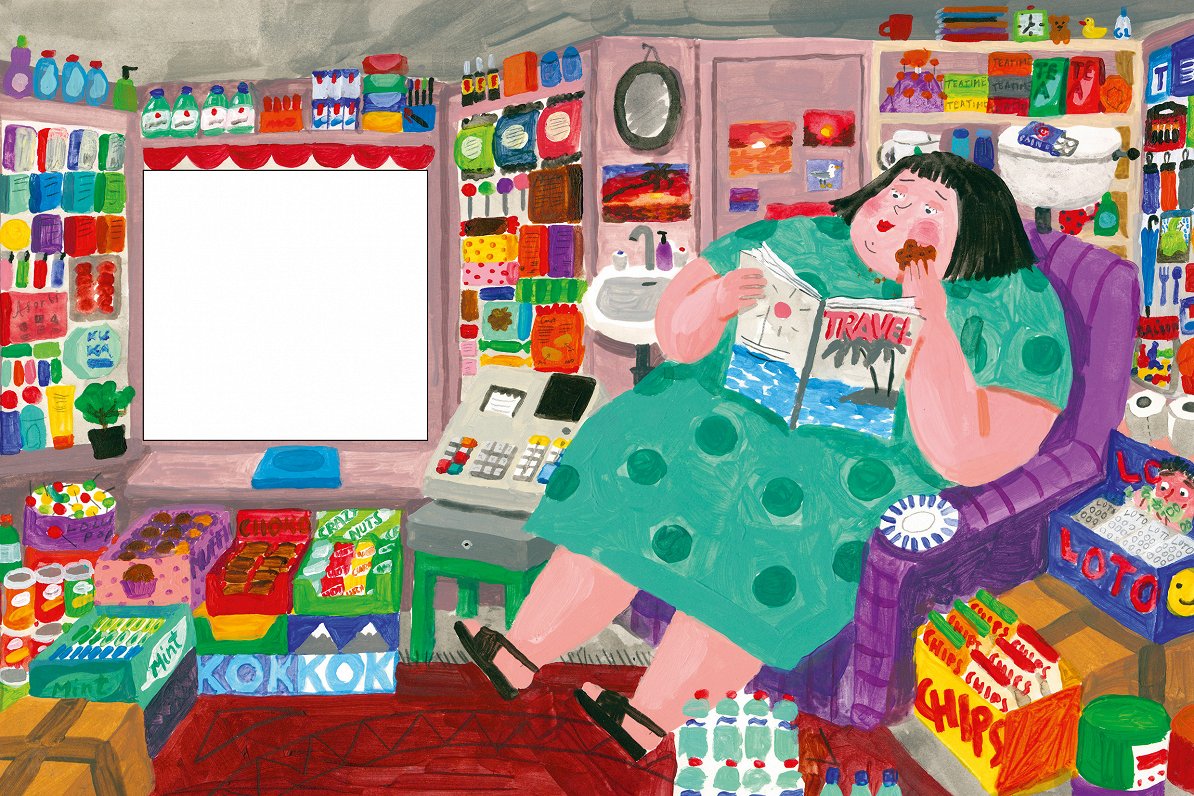 Anete Melece is currently working on three books, one of them in collaboration with the publishing house "Liels un Mazs", the other two in cooperation with Swedish and Swiss publishers. A new animation film is also on her mind.

Anete and her family usually spend the summers in Latvia. She says it would be a shame if the plans were to change this year, as the Latvian countryside "charges her batteries".