M. Dukurs has won every World Cup stage in Innsbruck since 2010, making it his 10th win there in a row. With this win he managed to pull 29 points ahead of Alexander Tretiakov from Russia in the overall season rankings. His brother Tomass finished the race in 12th place.

M. Dukurs got the best time for both runs, finishing with a total of 1:44.50 minutes. Second place went to Sungbin Yun from South Korea and Tretiakov came in third. M. Dukurs had the second fastest start in his flawless second run, while his first run didn't make the top three, but was solid enough to clinch the win after mistakes from his toughest competitors.

T. Dukurs had a slower starts due to an injury, but was also plagued by mistakes that kept him out of the top ten.

On Saturday and Sunday Sigulda will host a European Cup stage in skeleton and bobsleigh.

The 2-man luge team of Rinks/Liepiņš won silver at the winter Youth Olympic Games in St. Moritz. They were second in the first run and maintained their position after the second, placing 0.302 seconds behind the winning team from Germany. Justīne Maskale placed tenth in the women's luge competition, one place ahead of teammate Zane Kaluma. 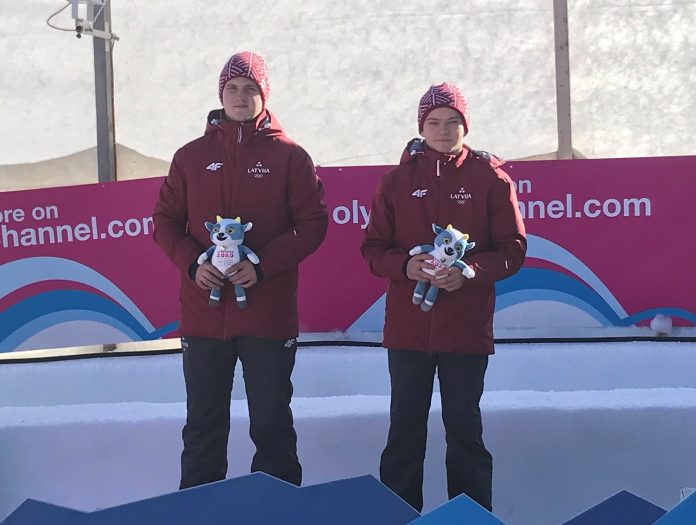 It's the third time Latvia has sent a delegation to the winter Youth Olympic Games. This year's delegation is made up of 30 athletes from nine different sports. Latvia is best represented in bobsleigh, where it is one of the few countries with a full team. During the games athletes ages 15-18 will compete in 16 different sports through January 22.