Tērauda was the fastest in the first run, but she improved her time in the second run, giving her a victory with her total time.

Luisa Hornung from Germany placed second, losing to the Latvian by 0.16 seconds.

Latvian Dārta Zunte was in fourth place after the first day, but made a mistake on her first run on the second day, which disqualified her from a second run and knocked her out of contention. She placed 24th.

This is the first career victory for 22 year old Tērauda. Her previous best result was in Sigulda in January, where she placed fourth. 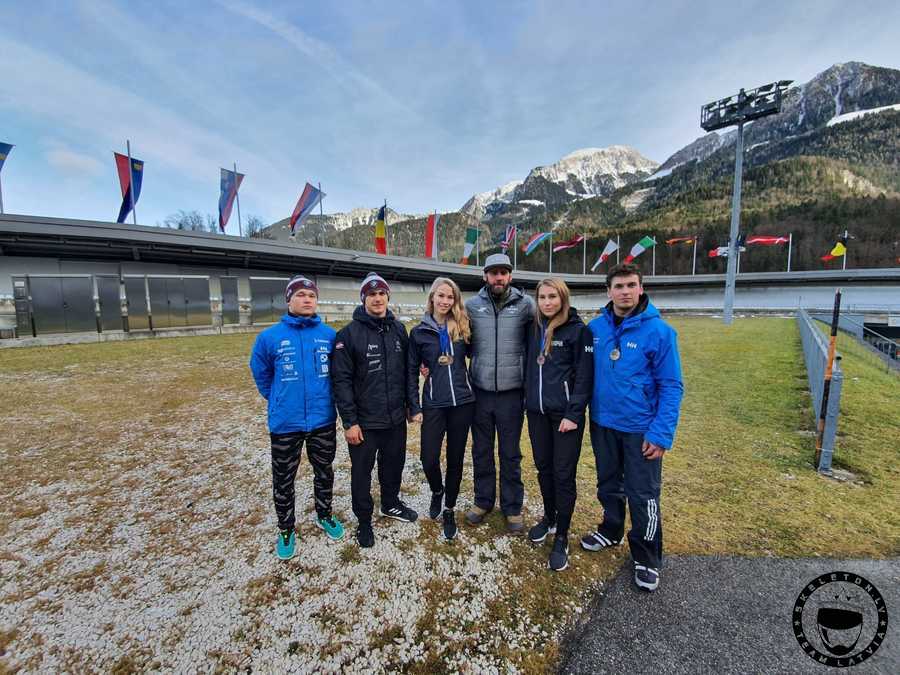 Meanwhile in the men’s competition Latvian Krists Netlaus won third place with a total time 0.15 seconds behind the winner Amedeo Bagnis from Italy. Netlaus was fifth in the first run and second in the second run.

Latvian Elvis Veinbers was 2.19 seconds behind the winner in 16th place, and Latvian Mārtiņš Muižnieks was 26th after the first run, disqualifying him from a second run.

The Europe Cup has five stages, and the fourth one will be held in January in Sigulda. The competition is the third most powerful behind the World Cup and the Intercontinental Cup.