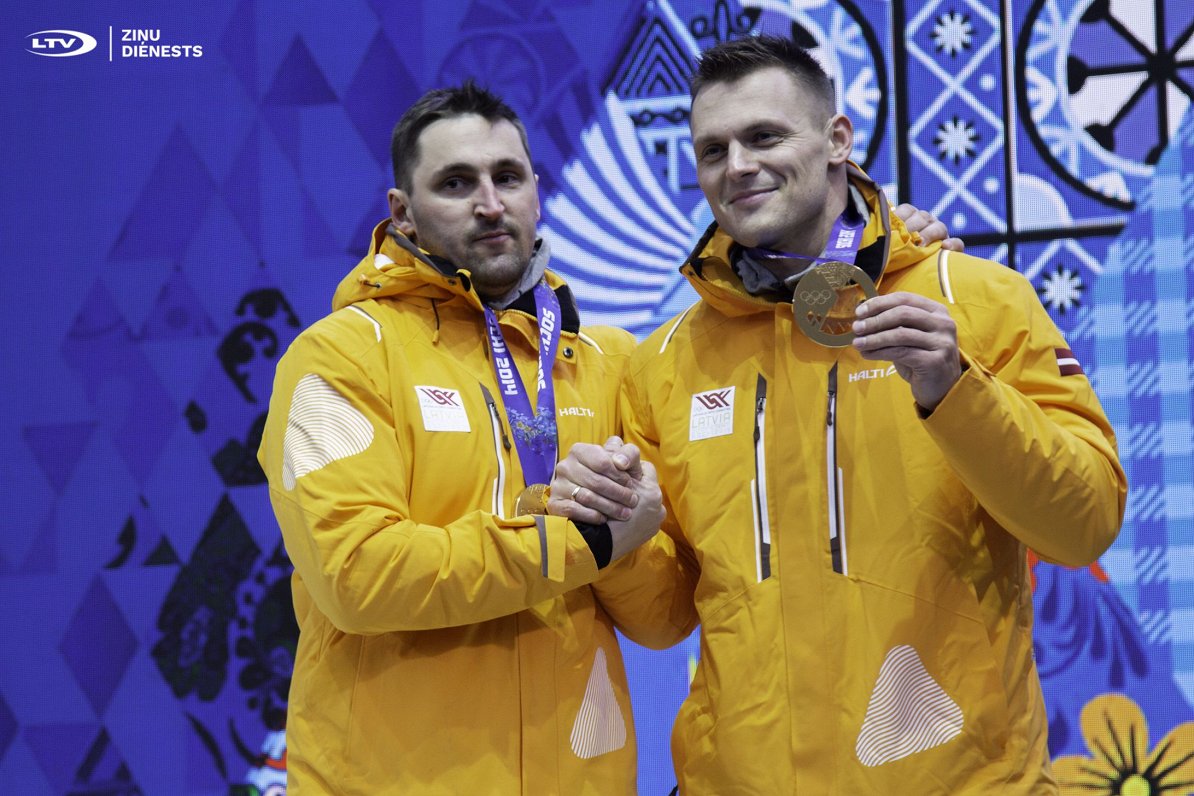 On February 15 Ķibermanis and Matīss Miknis placed first in the World Cup stage with a total time of 1:39.20 minutes, while Ralfs Bērziņš and Dāvis Spriņģis placed sixth with a time of 1:39.67 minutes, 0.47 seconds behind first place. Although the German team piloted by Francesco Friedrich placed second, they went into the final World Cup race first according to the overall ranking. However on during the February 16 World Cup/European Championships stage in Sigulda Ķibermanis once again came out on top with a total time of 1:39.18 minutes winning his first European Championships, while Melbardis and Intars Dambis finished fifth in the World Cup stage and fourth in the European Championships stage. Friedrich didn't compete in this race, but maintained first in the overall rankings, while Ķibermanis' team slid ahead of the Canadian team of Justin Kripps and Ben Coakwell into second place overall.

The highlight of the weekend was when Melbārdis and his teammates Arvis Vilkaste, Jānis Strenga and Daumants Dreiškens were finally presented with their Olympic 4-man bobsleigh gold medals by the IBSF President and IOC Executive Board Member Ivo Ferriani. Oskars Melbārdis and Daumants Dreiškens were also awarded Olympic 2-man bobsleigh bronze medals in the historic ceremony. The event was the first time Olympic medals were presented on Latvian soil and a crowd of thousands turned out to Sigulda to witness the ceremony. 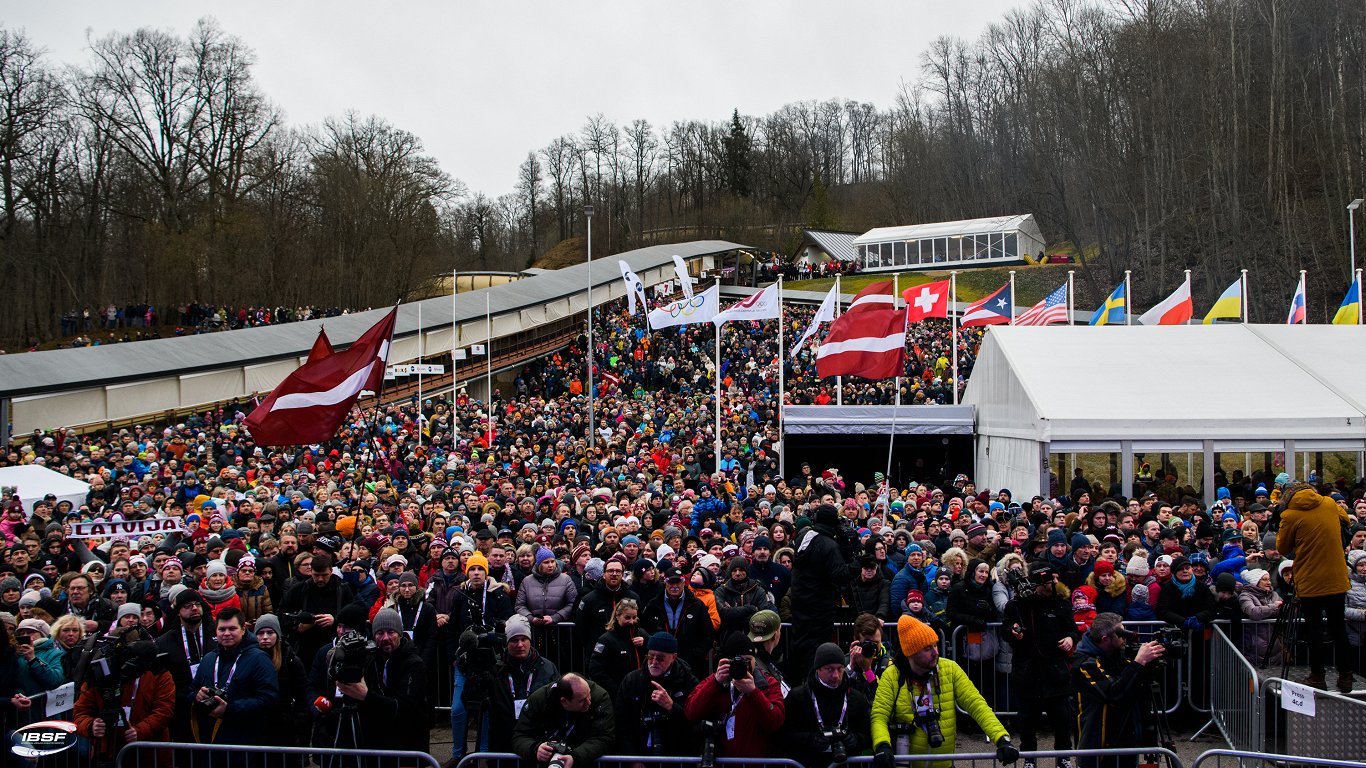 Martins Dukurs secured three wins in one on February 15, as his first place finish in the combined BMW IBSF World Cup/European Championships stage kept him in first overall with 1665 points, leading to his ninth overall World Cup victory. Martins went last in the second run, but his win with a time of 1:40.09 minutes was expected - the real nail-biter was when his brother Tomass went third to last and took the lead with a time 0.81 seconds behind Martins. Although Olympic Champion Sungbin Yun, who went after Tomass, was faster on the start, he eventually gave up second place to the Latvian, to the delight of the thousands of onlookers in Sigulda.

It was a family event for the Latvian team relay at the International Luge Federation (FIL) World Championships in Sochi on February 16, when brother and sister Kendija and Kristers Aparjods along with brothers Andris and Juris Šics won the silver medal with a time of 2:44.534 minutes, which was 0.321 seconds behind the winning German team, according to organizers. The team bested their place after winning bronze at the same track in the 2014 Olympics.

On February 16 Kristers Aparjods won silver in the U23 men's singles category with a time of 1:43.382 minutes, which was 0.251 seconds behind the winner from Austria, Jonas Mueller. In the women's singles category Elīza Cauce made it to the podium, placing third with a time of 31.142 seconds, which was 0.037 seconds behind Russia's first World Champion, Ekaterina Katnikova. Kendija Aparjode placed sixth, while the Šics brothers and Kristers placed fifth and seventh in the men's doubles and singles, respectively. 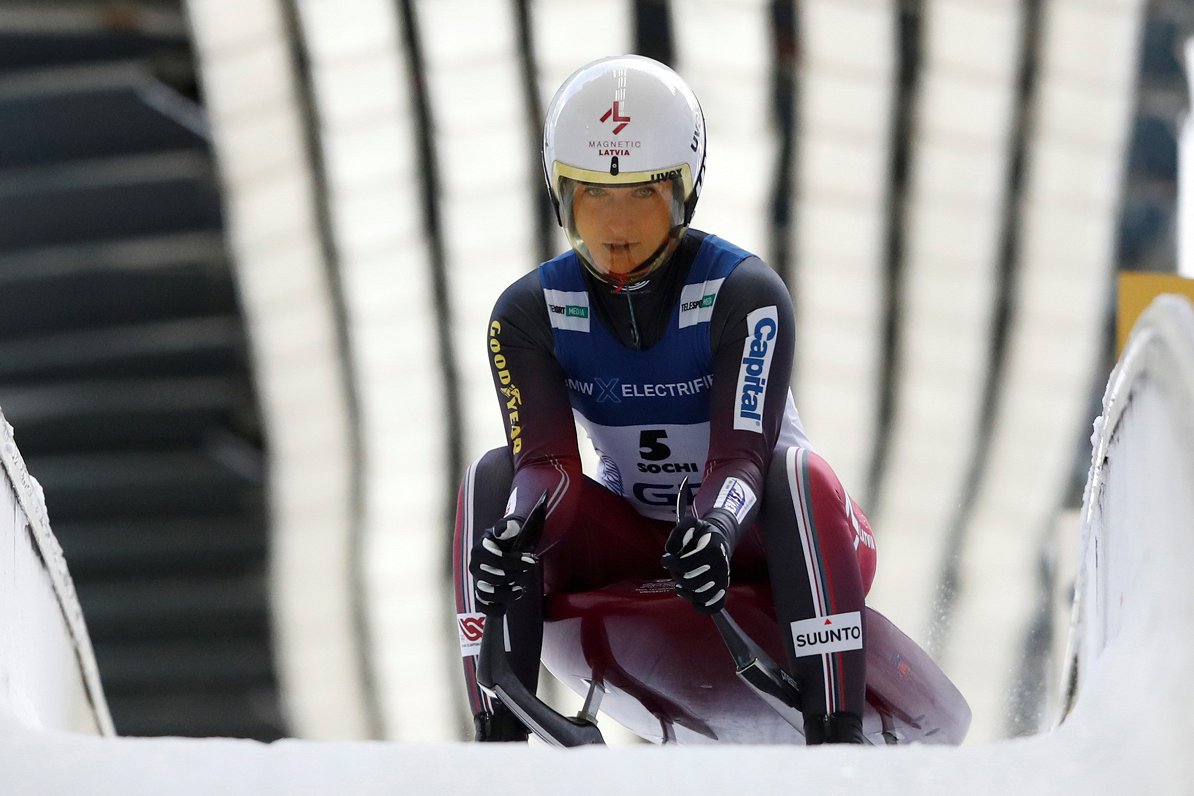