A Saturday morning press conference at the Financial and Capital Markets Commission (FKTK) outlined the planned reimbursement procedure which will see the first payments to account holders begin August 22.

The law stipulates that guaranteed compensation payments must be initiated no later than the eighth business day after deposits becomes unavailable, i,e. no later than August 27 , but steps are being taken to begin disbursement as soon as possible, particularly as around two thirds of PNB's clients are pensioners.

The process divides depositors into four groups - clients who get their pensions via PNB; clients who are also clients of Citadele bank or wish to become clients; clients who don't want to switch to a Citadele account; and non-resident clients. Each client group will have a slightly different process to get their money back up to a maximum of 100,000 euros, which may or may not require them to attend a branch in person. 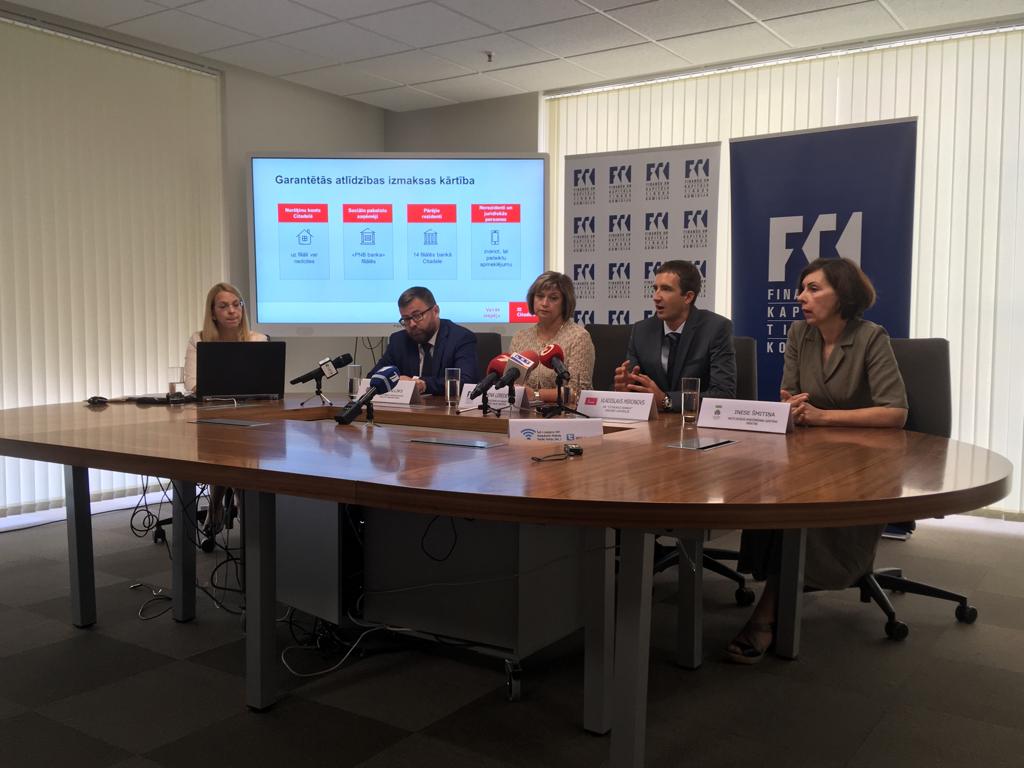 "Each client should understand in which group they belong," said FKTK's Jeļena Ļebedeva, adding that the maximum was being done to ensure that pensioners in particular do not experience lengthy delays in getting the money to which they are entitled.

Nevertheless Ingus Alliks, state secretary at the Welfare Ministry said his department was liaising with local municipalities to try to help people who do not have enough cash on them to pay for food, medical bills and other essentials as a result of the PNB suspension.

PNB bank payment cards are no longer active but if customers have enough cash to hand to see them over the next few days, they should avoid going to branches and standing in what may be long lines, Ļebedeva said.

Only 20 PNB branches will be open to handle customer enquiries at the bank that formerly boasted of its extensive network, but Citadele said it was opening its own branches Saturday in response.

As previously reported by LSM, Citadele was also the bank that handled payments in the wake of the shutdowns of ABLV bank in 2018 and Latvijas Krājbanka in 2014. It was itself formed from the wreckage of another bank that failed, the notorious Parex banka, which collapsed in 2008.

On August 15, the European Central Bank announced it was suspending the services of PNB bank, having judged it "failing or likely to fail".

Information about the measures to be taken as a result of PNB's shutdown will be published at the FKTK website.