Latvia must pick up pace to avoid another Expo fiasco

Despite a commitment to participate, construction has not yet begun and other works are well overdue, raising suspicions that a repeat of the chaotic and expensive pull-out from the Milan Expo of 2015 may be on the cards as reported by LSM at the time.

In total, the government has earmarked 4.2 million euros for a Latvian pavilion to be built in the Dubai desert for Expo 2020 after former President Raimonds Vējonis urged participation in 2017 during a visit to the site.

Last year, the Ministry of Economics, which has ultimate responsibility for Expo matters entrusted the Latvian Chamber of Commerce and Industry (LTRK) with the organization of the Latvian pavilion.

The work schedule was always going to be tight, but has fallen behind target dates consistently. Two months late, the LTRK submitted a strategic communication plan. By the end of last year, a "vision" for the stand was supposed to be ready. However, the contract was awarded to the winner of the concept competition only at the end of March this year, three months later than originally planned.

In April, an audited report on the progress made should have be submitted, but it only appeared four months later, reported De Facto. In addition, the ministry still has no technical project for the pavilion in place.

Matters were not helped by advice from the Latvian Association of Architects urging its members not to participate in the design competition for the Expo stand. Gatis Didrihsons, a spokesman for the Association, told De Facto: "If we want to represent Latvia internationally, we cannot make a concept in two or three weeks" and was critical of the way in which the competition was organized, saying it did not meet with industry best practise.

The reason was that it did not conform to good competition practice and was even considered "a vivid expression of misunderstanding and disrespect, a desire to correct at the expense of the creative professions the result of the incompetence and inaction of others".

Nevertheless, in August LTRK announced that a pavilion titled “Ether” designed by architects Kārlis Bērziņš, Niklāvs Paegle and Dagnija Smilga (Riga Architecture Institute) would be the basis for Latvia's presence. 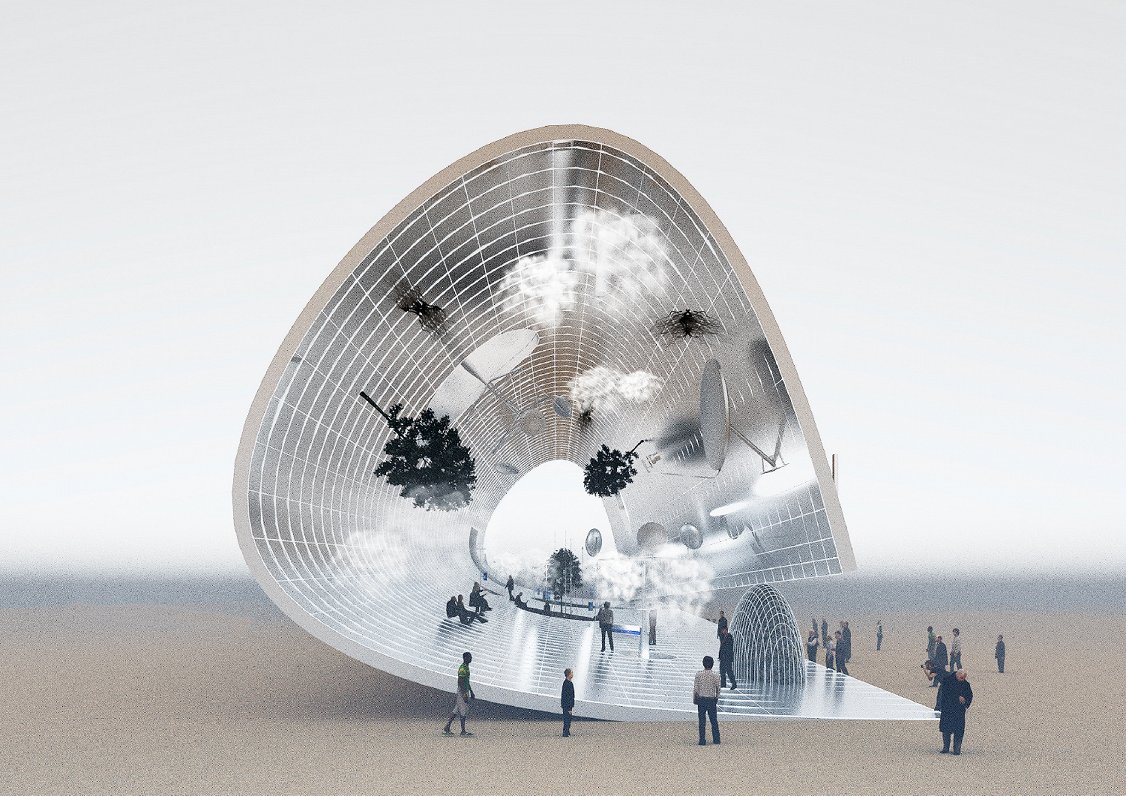 "Expo 2020 in Dubai will be the largest and the most impressive Expo so far with at least 190 participating countries. The goal of Latvia, when participating in Expo 2020 in Dubai, is to increase export, attract investments as well as promote positive recognisability of Latvia in general," said the LTRK in announcing the winning design.

In coming days the government will have to decide what to do next: press on and pick up the pace or make another embarassing volte-face.

“Politically, we want to be involved - we can represent our country and conquer new markets. As far as the administrative process is concerned, this process is led by the Secretary of State [at the Ministry of Economics. Therefore, he is responsible for continuing or not proceeding, based on objective reasons,” said Minister of Economics Ralfs Nemiro (KPV LV party).

Added to the economic pros and cons of participation as far as the project itself is concerned are wider considerations. Pulling out so late in the process is unlikely to go down well with the hosts in the United Arab Emirates, with whom Latvia has a growing trade relationship, and could even have diplomatic repurcussions.

The government is expected to discuss the matter - behind closed doors - October 22.

"Ministers must do their job, and I will wait for the recommendations on whether we as a government should make any decisions. We cannot yet say exactly what the overall decision will be," Prime Minister Krišjānis Kariņš told De Facto.

Meanwhile the hosts in Dubai are describing Expo 2020 as "the world's greatest show" and have a lengthy list of pavilions and their designs already available to browse online. An entry for Latvia is not included.

Estonia will participate at Expo 2020 and has made grants available to participants, according to ERR News, and its Facebook page has been tracking progress on its preparations, boasting of its central location at the sprawling Expo site. However, its presence is made easier by the fact that it will not be constructing a custom-made pavilion of its own but using a ready-made facility.

And on October 22 Lithuania's Expo 2020 presence posted pictures of the first work beginning on the foundations of its pavilion in Dubai with beaming officials shovelling sand. Despite that giving the impression that it is a lot more advanced in its preparations, the Lithuanian presence has still to receive technical approval, LSM understands.

Whether or not "the world's greatest show" translates into a Latvian no-show remains to be decided.