On the road with Latvian exporters: Latvijas Piens

august 2, 2018, 9:39
Business
Authors: Mike Collier (eng.lsm.lv chief editor )
Driving into Jelgava on the main road from Rīga, you might be forgiven for thinking you were in provincial Germany rather than central Latvia. At least three of the large, modern new factories lining the route have the black, red, gold of the German flag fluttering outside them on a sweltering day.

On the road with Latvijas piens

Among them is Latvijas Piens (Latvian milk), a dairy that since February 2017 has been owned by German parent company Fude + Serrahn Milchprodukte – the German company's first overseas acquisition.

“It was a big step for our German owners to buy this small but very cute factory,” says Ramona Kalnina, LP's sales director as we drive past the flags from the dairy production facility towards a famous Jelgava landmark, “It was built just six years ago, everything is brand new and even in Germany not all factories look as good, so they saw the potential to develop their business here in the Baltic region. But even if the owners are German and much of our business goes to export, we still have a major influence on the local dairy situation.”

Located right in the middle of Latvia, Jelgava was the former capital of the independent Duchy of Courland and was known in German as Mitau, becoming an important center of trade and even of publishing books in the German language in the 18th century. 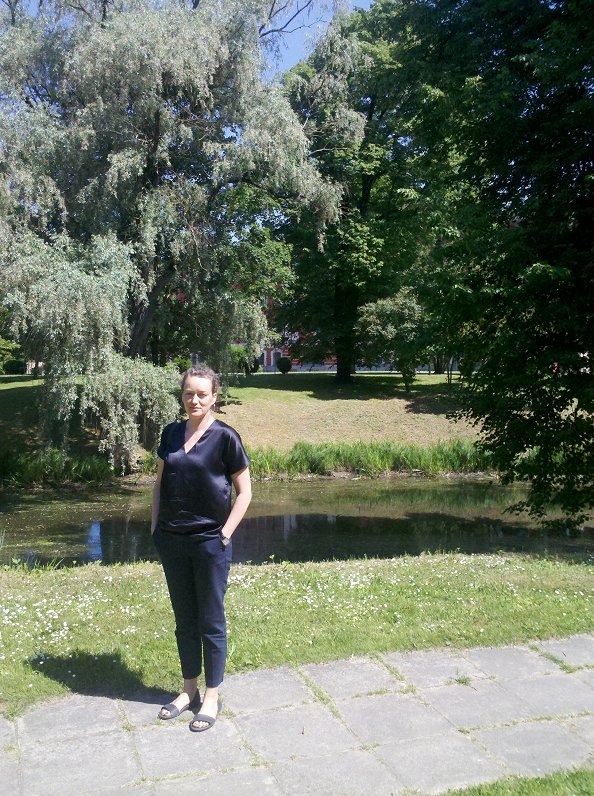 “It's all about the raw material – milk. We are the second biggest milk processors in the country, using 280 tonnes per day, which means our farmers can keep their milk here in Latvia and not necessarily sell it to the big processors in Lithuania or Estonia. We depend upon the farmers for quality because the better the milk, the better the cheese we can produce. Last year we took in 80,000 tonnes. And that's very significant for our farmers,” says Ramona.

The new owners have kept the local Trikata brand alive, which has a hundred-year history and is renowned for quality cheese throughout Latvia. The most popular product line domestically is Tilsiter-style cheese, with around 90% of LP's cheese production going to export.

“Trikata is in the north of Latvia and that's where the know-how originally comes from, but Jelgava was decided upon for our production because, being the center of Latvia, it can take in milk from all directions,” says Ramona.

“But there is another reason too. Jelgava is a city of rejuvenation. Until perhaps ten years ago it was thought of as the ugliest and most dangerous city in Latvia. Everyone avoided it. But now it's developing amazingly and become very business-oriented. The city has turned itself around. It's a good place to live and people have regained a sense of pride. And on top of that we have this...”

We pull up outside Jelgava Palace, a remarkable baroque building designed in 1737 by Bartolomeo Rastrelli for the Dukes of Courland, and which today houses the Latvia University of Life Sciences and Technologies (though everyone still calls it the Latvian Agricultural University).

“Jelgava used to be a very beautiful city, but was completely destroyed in the war. Almost the only thing that survived to show this was a city with a history was this palace and park,” says Ramona. But history is not the only reason she has chosen this as her special place in Latvia.

“It's very good for a dairy business to have the university here – it means basically all the specialists and technologists we need in our industry finish their studies here – and every year we recruit them,” says Ramona as the students – and potential employees - wander in and out of the massive pink-and-white porticoes of the palace.

The three secrets of LP's success, according to Ramona are “Unique products, quality, and efficiency. The new owners helped us improve efficiency and optimise our production.”

Those all sound like very German qualities and on the way back out of Jelgava to Riga, with the black, red, gold flags waving goodbye, it is nice to reflect on the complex history of Jelgava and its various incarnations as a Latvian, German, Russian and Courlandish city. After all, the last Duke of Courland, Peter von Biron sold his Duchy to Catherine the Great, Empress of Russia in 1795, bought a mansion in Berlin's Unter den Linden and spent the rest of his life there. So it's nice the Germans are now making investments in the opposite direction.