On the road with Latvian exporters: Mintos

november 6, 2018, 11:43
Business
Authors: Mike Collier (eng.lsm.lv chief editor )
As soon as you learn the setting for this meeting is Rīga International Airport, you will probably expect to hear it justified in a very predictable way: it's the gateway to the country, it's where clients arrive and depart, it embodies how modern, accessible and connected Latvia is, and so on.

On the road with Mintos

Martiņš Šulte, CEO and co-founder of the Mintos fintech company does indeed make a very decent stab at exactly that sort of "globally minded" justification when pressed - before admitting with endearing honesty that in fact the location was chosen by a PR agency rather than himself. And in fairness, the expected airport-as-symbol-of-modernity speech was about the least interesting thing we talked about as we sat in an airport cafeteria with the tails of Boeings and Bombardiers passing the windows as if they belonged to oversized tropical fish.

Mintos provides retail investors with an easy and transparent way to invest in loans originated by a variety of alternative lending companies around the world. More than a billion euros have been invested since 2015 by 77,000 investors from 69 different countries around the world who saw an average annual net return of nearly 12% on their investments. The company currently has a 60-strong workforce.

"It's a two-sided marketplace," explains Martiņš, "On one side are investors with capital who are willing to invest in loans. The other side is the loan supply side, where the loans come from. An there, our client is really a loan originator. If the borrower needs a loan, they go to the loan originator, the loan originator issues a loan to the borrower and then they place it on Mintos where it is available for investors to invest. We serve as an additional source of funding. Through technology we connect the investor with the final borrower, with us in between. It gets a bit technical, but that's it in a nutshell."

Though it is one of the best-known and most talked-about Latvian startups of recent years, only 5% of Mintos' business is in Latvia, with 15% in the Baltics as a whole and the rest all over the world: in fact many of the countries Martiņš lists are considerably more exotic than the ones flickering on the airport departure board above our heads: Mexico, Colombia, Spain, Albania, Macedonia, Denmark, Poland, Zambia, Botswana, Kenya, Russia, Kazakhstan, Georgia...

"It's easier to say which countries are not of particular interest to us, which would be places like the US. It's a huge market but it's very competitive and our solution is perhaps less needed. Similarly China is huge but has its own things going on and we can't see many ways we can bring value there. But Latin America, Africa and South East Asia are the regions where we see the loan supply come from," Martiņš explains.

"With a few clicks of the mouse, money which is in Germany goes through us to open a bar in Botswana. We connect capital which is just sitting somewhere with a place where it can be put to work, across borders, cheaply and in high volumes."

It would be reasonable to assume the international nature of the business might mean regulation would be a complex minefield, but in fact it is not the case. The fintech sector is so new that much of it lies outside traditional regulatory boundaries, leading to the unexpected situation in which Mintos is actually asking for clear regulatory rules.

"We are lobbying ourselves for regulation. We are in financial services and investors keep quite a lot of money with us. We've just passed the billion euro mark, and the next billion will probably take 10 months or less, so investors need those stamps of approval from the regulators. I think it will actually be good for the industry, which is still very small in terms of the potential that's still there," says Martiņš.

Even though the transactions themselves involve high-tech digital solutions, it is still old-fashioned word of mouth that has so far led people to Mintos, Martiņš believes.

"It still amazes me. We don't do much marketing or ads – it's purely word of mouth. It think it's because it is an experience product. You have to experience what it means to invest, you have to see the repayments coming in and the easiest way to do that is because someone you trust has done it before. We get about five to six thousand new investors each month and the bigger the investor base, the bigger the power of word of mouth is."

But then, just when it seems like the idea of Mintos being a Latvian company might be irrelevant, or a minor detail in a company story that might have happened anywhere in the world, the idea of place re-asserts itself.

"One of our advantages is being based out of Rīga," says Martiņš. "People don't value the things we have here enough. In terms of price performance it's fantastic. A similar company based in London would pay four or five times more in salaries for quality that was the same or worse. It's the same for everything: renting office space, getting legal advice – the bang for your buck in Rīga is great. People want to live in Rīga – we have people who have relocated from Tallinn, Moscow, Poland. The lifestyle you can have compared to any other big city is perhaps the best."

Outside on the tarmac, lines of flyers file through the doors of their waiting aircraft like wind-up toys. Baggage carts circle at a distance like oversized train sets on a fixed loop. The occasional roar of a jet engine is softened by the thick glass of the terminal into no more than a dull buzz.

"There are no borders in what we do. Perhaps the airport and planes are the easiest way to show that?" Martiņš suggests helpfully. 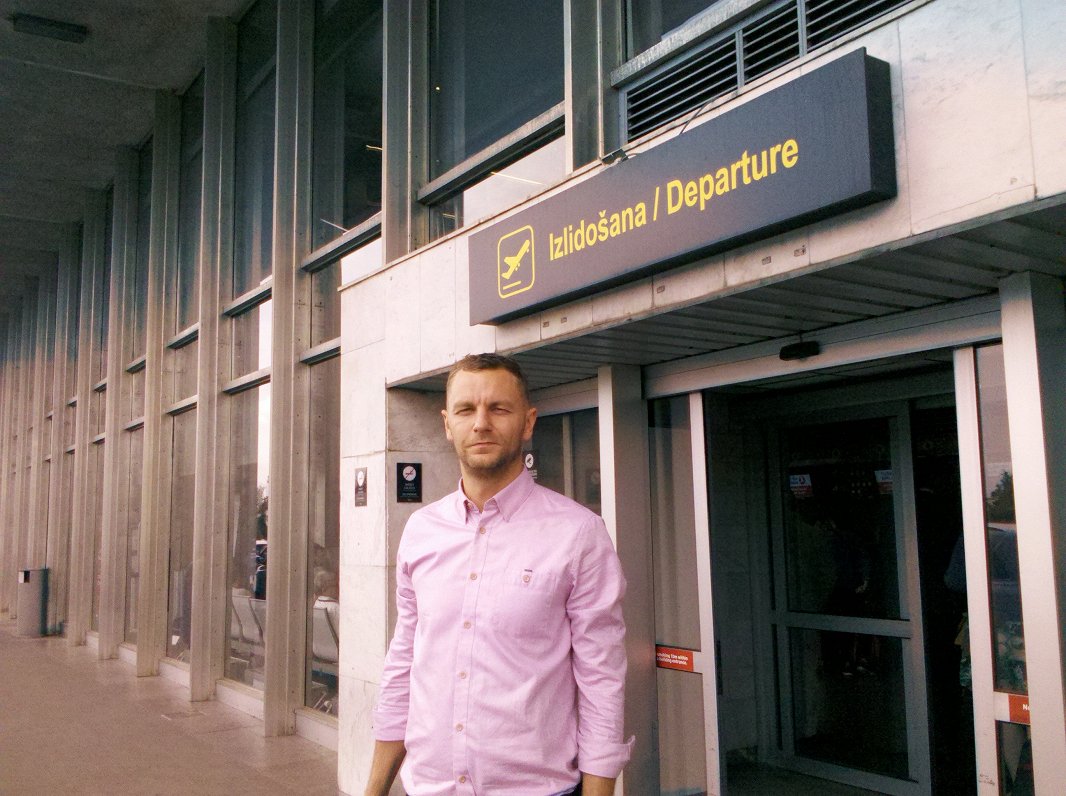