On the road with Latvian exporters: One Wolf

october 31, 2018, 9:48
Business
Authors: Mike Collier (eng.lsm.lv chief editor )
“It should be easy to spot the owner of a fashion label,” I thought to myself as I checked if I had come to the right place at the right time, “after all, she is bound to be dressed head to foot in her own clothes, and the One Wolf look is quite distinctive.”

On the road with One Wolf

I was sitting on a large wooden terrace at the fishermen's cafe at Rideļi, just opposite a beautiful old mill building. The cafe clearly has a good reputation. Fishermen sat around discussing the prospects in the various ponds all around while a few young families were enjoying some fresh-cooked food at other tables.

But I couldn't see anyone remotely resembling Coco Chanel or Donatella Versace. Not a gold, hooped earring in sight, let alone a Louis Vuitton handbag. Everyone was dressed very practically, even the eye-catching mannequin perched on top of the sign at the cafe entrance. 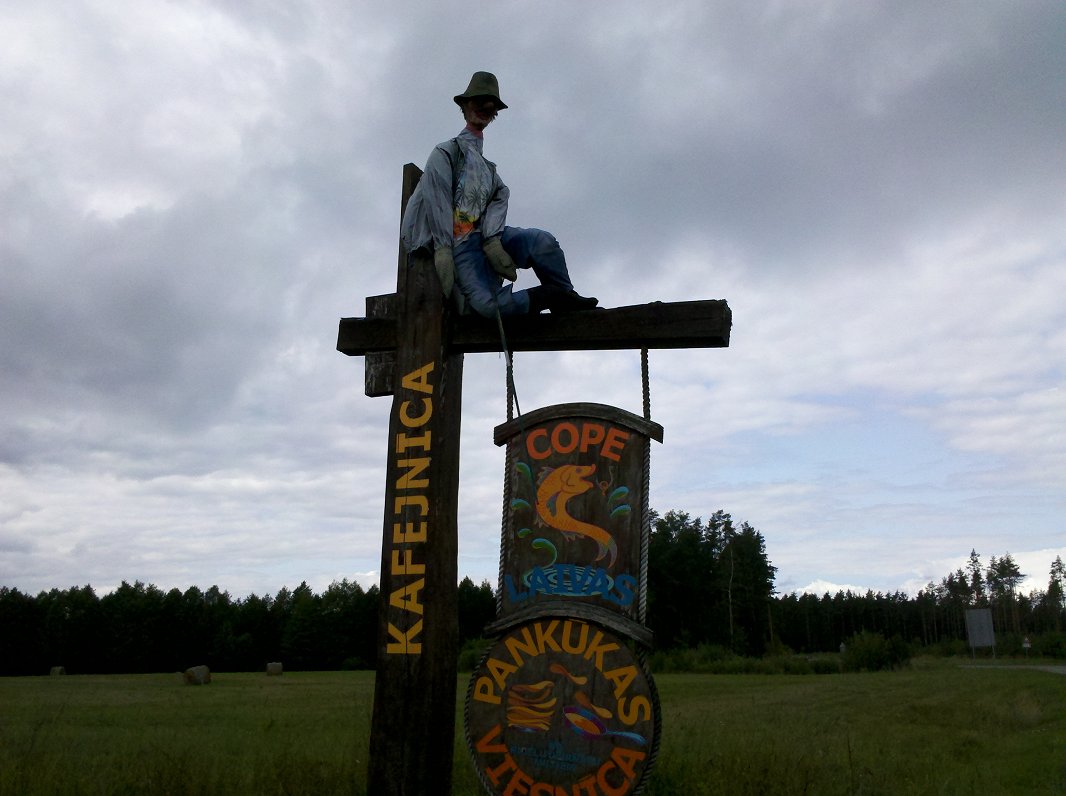 Maybe I am at the wrong place. Maybe I have misunderstood. Maybe Agnese Narņicka is waiting angrily for me somewhere else. Fashion divas are notoriously temperamental. I have watched Absolutely Fabulous and The Devil Wears Prada.

I send her a text message saying where I am. At the next table, a woman with two young children stands up and looks at me.

“Oh, there you are. We wondered if we had come to the right place,” she smiles. She seems very pleasant. You might even say: normal. No sequins, no gold jewelry, not even a One Wolf T-shirt.

A few minutes later we are in a location that makes even the fishermen's cafe look like an urban jungle. Real forest with multicolored moss spreading away into the shadows of bronze-trunked pines with just the occasional sandy track to show that anyone has ever been here before.

“This is where I used to come with my parents from the age of three,” Agnese says as we walk between the trees. “We came right here to collect mushrooms. This was our famous spot to collect lots of baravikas.”

As anyone who has spent any time mushroom picking in Latvia knows, chanterelles are fine but chiefly for amateurs. For true mushroom pickers, baravikas are the real prize, and they talk about finding them the way the fishermen back at the ponds might talk about reeling in a really wild brown trout.

“I remember it being foggy and a bit mysterious here,” says Agnese. “We still come back every year at least once, and now one of my daughters is just about the age I was when I started coming with my grandmother, who lived near Engure. The trees were laid out in lines, in plantations and we knew them so well that when the whole family came we could say: “Okay, you take sector 1, you take sector 2 and we'll do sector 3!” I only got lost once, but I found my way back.”

“Returning here with my own children gives me a special feeling. I hope they feel the same way about it as I did.”

One Wolf is a high street fashion label founded in 2012 by Agnese. Its collections are unisex, feature extensive use of that much-maligned fabric, denim, and a combination of classic styling, imagination and comfort has turned it into a fashion brand with a growing international reputation.

While One Wolf may be classed principally as an urban fashion brand, this decidedly non-urban setting does have relevance to the business, Agnese explains.

“A One Wolf person likes to be in the city and also out of the city. He or she wants to discover and explore new things. In Latvia half of the country is forest, so it is part of us wherever we live, and those forests contain deer, elk, boar, fox... and even wolves.”

On which subject, the inevitable question about why the brand is called One Wolf brings a well-rehearsed answer.

“We chose the wolf because it's a symbol of the north, and one that is very widely spread, part of many different cultures. It symbolizes friendship, when it is part of a pack, but also individualism and intelligence when it chooses to live alone,” says Agnese.

After graduating from the Latvian Art Academy, she studied in Milan, Italy, which has a strong claim to being the global fashion capital. But on returning to Latvia, opportunities with established companies in the clothing business were extremely limited.

“There were no realistic opportunities to work as a fashion designer. So it was a choice between starting my own label, working at a company with a very different set of aesthetics, or leaving again. I wanted to found my own label, though I was aware how many thousands of other people there are in the world trying to do the same thing. But with luck and motivation – making plenty of mistakes along the way – we managed to find the right path.”

At which point, we decide to turn around and retrace our steps. You can very easily become disoriented in a Latvian forest, particularly when you are talking to someone interesting.

“The first product was a T-shirt, then two different styles of denim jeans and a sweater. We use denim a lot because it's a very democratic material that can look appropriate in all sorts of different situations, and on all different sort of people, particularly when you get away from the classic idea of a pair of jeans with five pockets. Denim doesn't create preconceptions about the wearer: how much money they have, what their profession is, and so on.”

One Wolf's denim is certainly a lot more elegant and thoughtful than the average pair of high street jeans, being combined with other materials in high-quality and distinctive unisex designs.

The result is a growing international reputation that has seen the brand sold first in Latvia, then the other Baltic states, and then other European countries (with a particular following in the Netherlands) via specialist retail outlets and now the internet. There is increasing interest from the United States, too, which has the potential to become a major new market.

One Wolf already has cult status in Japan. As far as being a cool urban brand is concerned, that's the ultimate accolade.

“They know a lot about Latvia in Japan,” says Agnese. “I was very surprised how well-informed they are. But then you can go to Paris and no-one has a clue where Latvia is,” she laughs.

And the next collection Agnese is working on? It will be called “Senotaji”. Senotaji sounds like one of those Zen concepts so beloved of Japanese car manufacturers and industrial designers; for example “Shibui” (used to describe objects that combine austerity and beauty) or “Ikigai” (used to describe a combination of happiness and meaning in life).

But no, “Senotaji” means “mushroom pickers”, a very Latvian concept combining the concept of walking through the forest with a bucket for a few hours with the concept of eating lots of baravikas in cream sauce. The English translation doesn't do it justice. 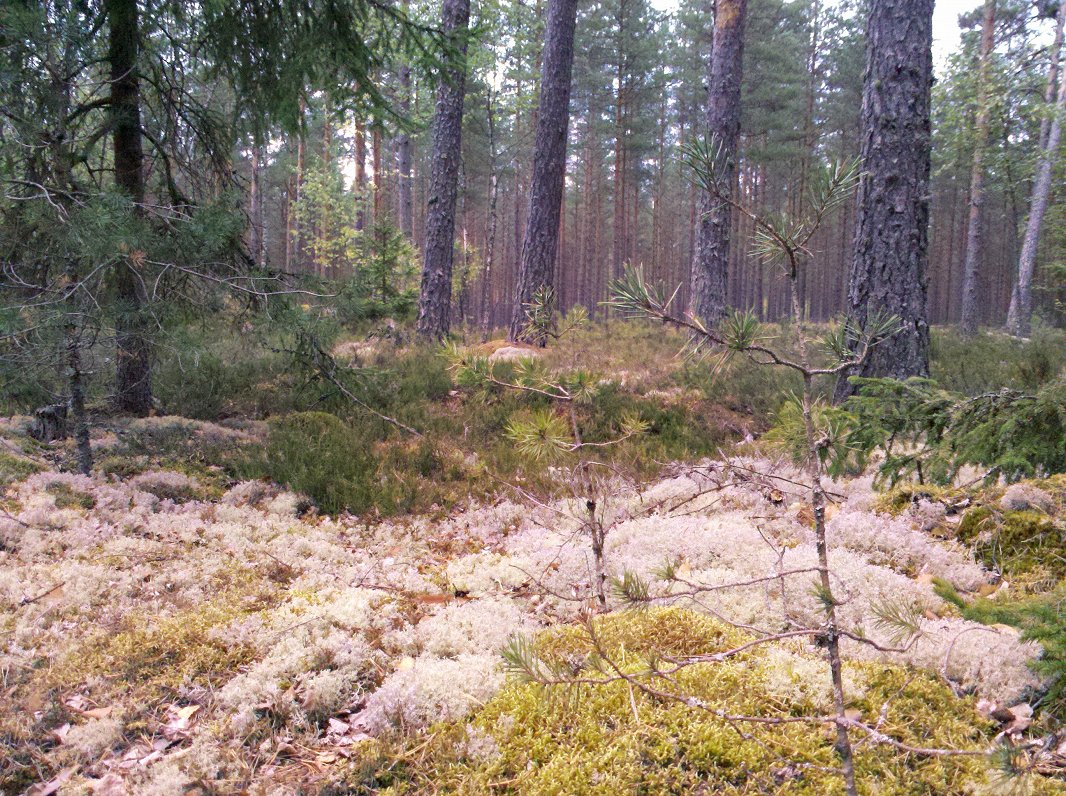