On the road with Latvian exporters: Peruza

october 3, 2018, 9:57
Business
Authors: Mike Collier (eng.lsm.lv chief editor )
I felt I was arriving at Ainaži well prepared. Halfway to the little seaside town in the very north-west corner of Latvia, I stopped at a cafe for lunch. On the table was the local Auseklis newspaper. The cover story was about tremendous interest in the first ever Blackcurrant Day. Page 2 featured the renovation of some steps. And then an absolute gift to a lazy writer: a detailed history of Ainaži.

On the road with Peruza

While eating a Latvian (paprika-free) goulash I learned that the port was built 1904-1913, that it was the busiest port on the Vidzeme coast, that there used to be rail connections to Valmiera and Limbaži, that Captain Janis Veide's house was constructed in 1902 by an unknown French architect and that there was a 957-metre-long stone pier constructed to the north of the town.

So, meeting Roberts Dlohi of the Peruza company in a small car park at Ainaži's old market place, I was confident I knew pretty much everything there was to know. I was wrong.

“I tried to think of a place that represents the values of my life,” says Roberts over a handshake. “I came to the conclusion that Ainaži is absolutely the best place for me to meet you. Why? Because it represents family. Not only my immediate family but also the wider family and how I treat my business.”

If ever there was a man who makes the most of every minute, it is Roberts. A tablet computer is already arranged in the trunk of his 4x4 on which he shows TV footage of himself and his family competing in an endurance event called the “Northern Livonia Strong Run” which takes place in Ainaži each year. They run through forest, they wade through bogs, they swing between trees and they hop into and out of tractor trailers. The younger family members are helped by the older ones. The older ones are helped by the younger ones. They cross the finishing line with arms aloft and who is on TV explaining what fun it was, albeit slightly breathlessly? Roberts.

“We take part as a family. It's so natural, so true! We work together, we confirm we are strong together. This is a core value, and I apply it to business, too. You cannot cheat. I rely on my employees and they rely on me. I am responsible for 60 families. Being an employer is a privilege and a responsibility. Maybe I am idealistic, but I like it this way.”

The heatwave of recent days breaks and rain drips from the tailgate above our heads. We dive into Roberts' car and with a few swipes of the tablet I am given a crash course in the history, principles and future direction of Peruza, a company founded in 1991 to produce food processing systems, first in fish processing but today in many other areas too using advanced engineering, robotics technology and artificial intelligence. More than 80% of the business is export-oriented.

Roberts shows video footage of an experimental robot picking fish. He shows pictures of an overcrowded factory in the Philippines with poor working conditions that is transformed by the installation of Peruza's systems, of a facility that was half designed in Rīga and half in Vladivostock – and when the two halves came together, in Kamchatka, they fitted perfectly.

This might sound like Roberts was overbearing or too keen to pump facts and figures in my direction. Nothing could be further from the truth: he speaks with an openness and honesty that is captivating and an enthusiasm that is infectious. For the first time in my life I felt excited about the canning of fish, and when he showed video footage of a new project involving beer bottles I would probably have bought shares in the company on the spot if any had been available.

The rain has stopped and as if this is a signal to get on with the next task immediately, Roberts drives us a short distance north, explaining there are two more things he wants to show. 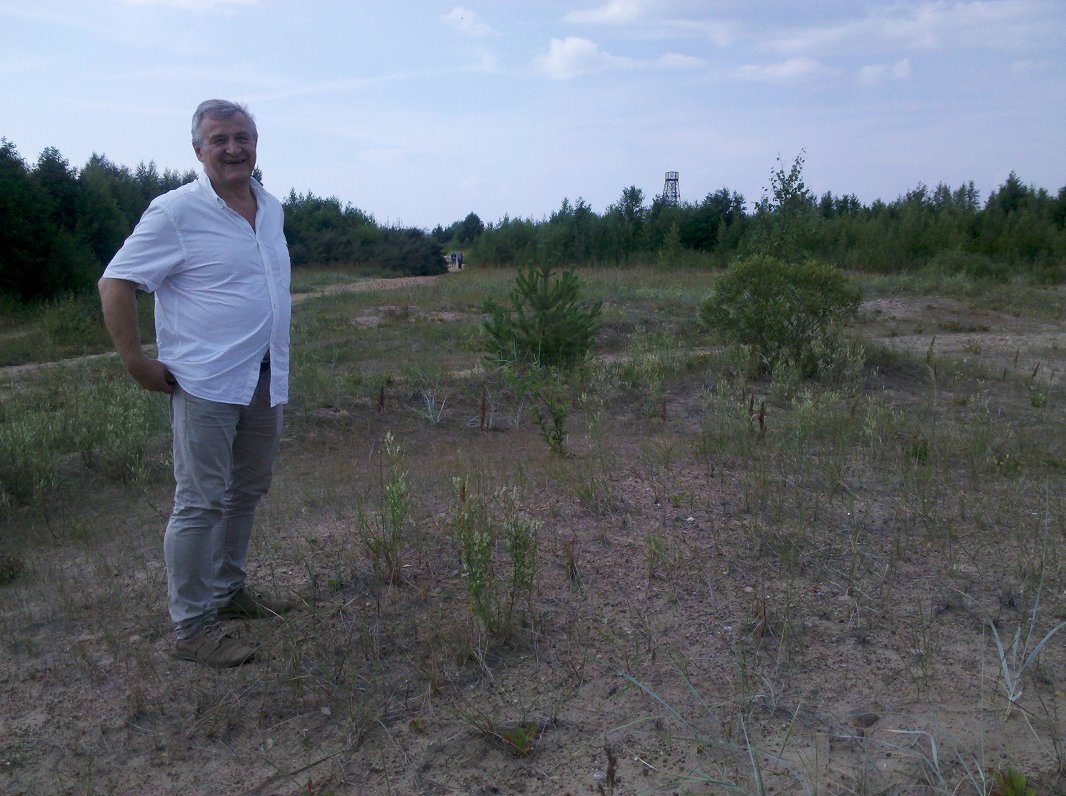 Five minutes later we are standing in a wide expanse of sand dunes. Roberts extends his arms towards the horizon

“These dunes are artificial. In the 1990s people with quick money started a mega-project here. They said they would build a deep sea port. They started pumping sand, day and night. They pumped and pumped. All their money, all their effort you see here: dunes. No port, nothing.”

Five more minutes and we are standing on a long, elegant pier made of unmortared stones that stretches out into the Baltic Sea with Estonia immediately to the north and Sweden somewhere over the horizon.

“Just compare. Smart guys at the beginning of the twentieth century. They built a pier. They built a port where it is appropriate to build a port. What does this show? Big money does not make you smart!”

“They did it not with big money but with strong guys and intelligence. They accepted the challenge to go worldwide. They built a school for sailors in Ainaži. Why? Because they wanted to go worldwide and be recognized as a maritime nation. They built the pier, they built the school. They accepted the challenge and went around the world – and we are doing the same. Whenever business is hard, as it sometimes is, I think: if those guys could make this pier from these huge stones, I should learn from this. If they could do it then, I can do it today. I must continue their attitude.”

And then, as we near the end of the pier, Roberts seems distracted for the first time since we met.

“Ah look,” he says, “There is my family!” And there they are – a dozen of them of all ages, walking up the beach towards us. 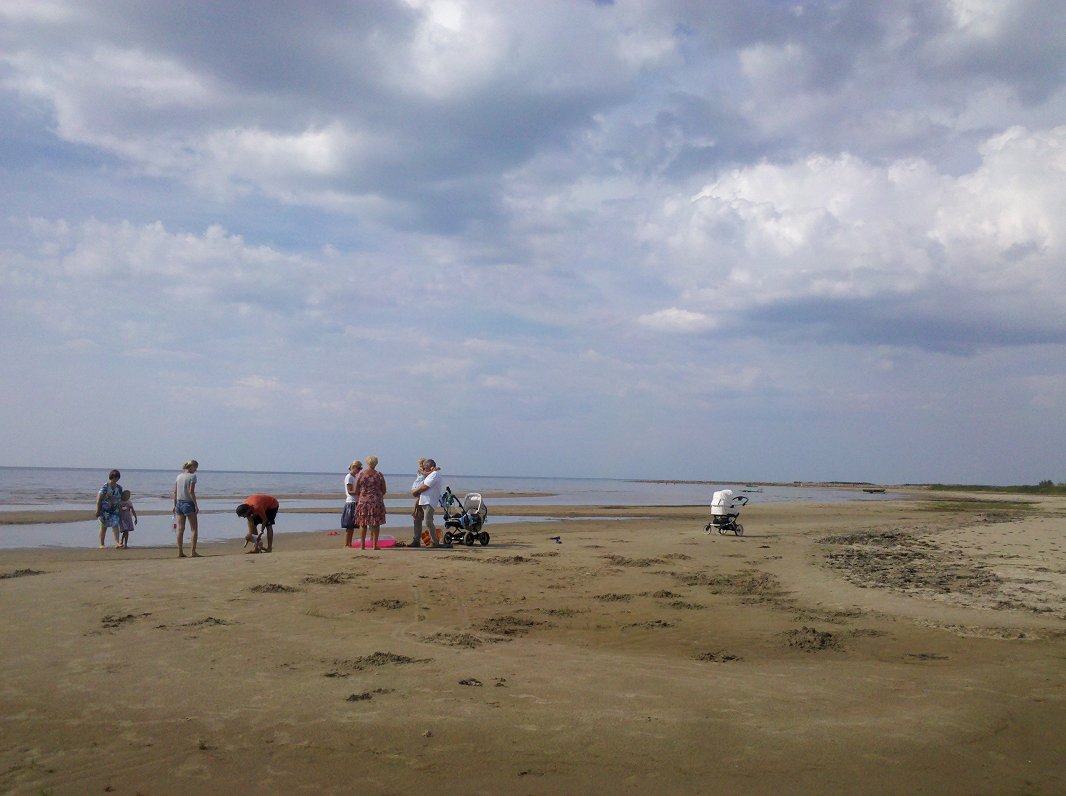