Unemployment at 9.2% in Latvia in April

may 25, 2020, 15:02
Business
Authors: eng.lsm.lv (Latvian Public Broadcasting)
In April 2020, the unemployment rate in Latvia was 9.2%, which is 1.3 percentage points higher as compared to March, according to May 25 data from the Central Statistical Bureau (CSB). 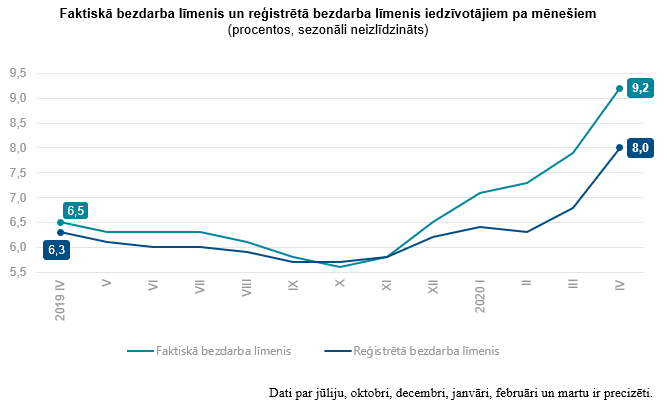 As from 13 March 2020, due to the announced state of emergency, an on-site survey of the population was suspended, interviews were only conducted remotely. Since the CSB did not have access to all households in the sample, the level of survey response decreased, which also affected the data gathered, indicated CSB.