Agricultural holdings have become larger over decade in Latvia

There were 69 thousand economically active agricultural holdings in Latvia in 2020, and they managed 1.96 million hectares (ha) of utilized agricultural land.

Provisional results of the Agricultural Census 2020 published May 12 by the Central Statistical Bureau (CSB) show that within 10 years, the number of agricultural holdings has decreased by 14.4 thousand or 17.2 %, but the utilized agricultural land has increased by 163.7 thousand ha or 9.1%. 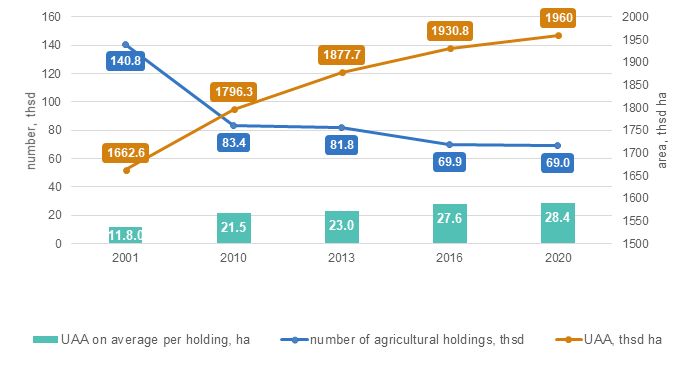 Since 2001, the total sown area of agricultural crops (cereals, pulses, industrial crops, potatoes, vegetables, fodder etc.) on average per one holding has increased five times: from 6.7 ha in 2001 to 34 ha in 2020. During the last 10 years, the sown area per one agricultural holding increased on average by 15.1 ha or by 79.9 %.

Sown area on average per holding 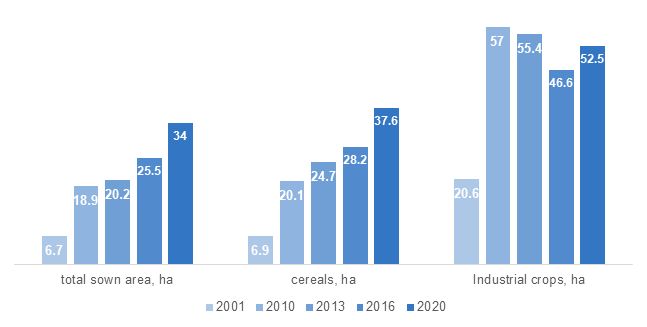 A similar trend is observed in the changes in the number of dairy cows and pigs on average in one breeding holding: in 2020 there were 11.7 dairy cows and 41.6 pigs, which is twice as much as in 2010. There is a strong specialization in laying hen farms, as 90 % of the total number of laying hens is reared in large poultry holdings (0.1 % of all poultry holdings), where the number of poultry exceeds 10 thousand. Other laying hen holdings had an average of 28.3 hens.

Number of livestock and poultry on average per holding