Electricity prices fell by a third in Latvia in January

In January 2022, the average electricity price in the Latvian trading area decreased to EUR 143.81 per megawatt-hour, according to the Latvian transmission system operator JSC High Voltage Network February 8.

The company said that 2022 started with the drop in electricity prices following the increase observed in the last half-year – electricity prices in the Baltic States decreased on average by 30%, while the drop in Latvia's interlinked areas was higher – by 45% in Finland, in Sweden's 4th price area by 42%, while in Poland the price decreased by 20%. 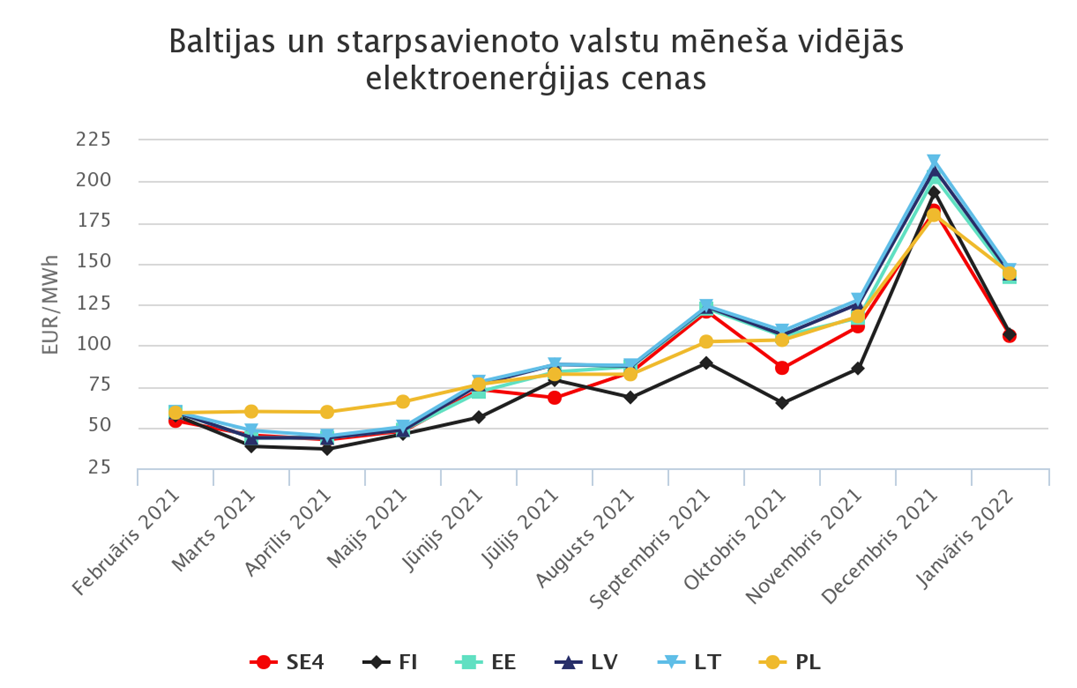 In January, electricity imports to the Baltic States from Russia decreased by 17%, while imports from the European Union countries rose by 23% compared to December. 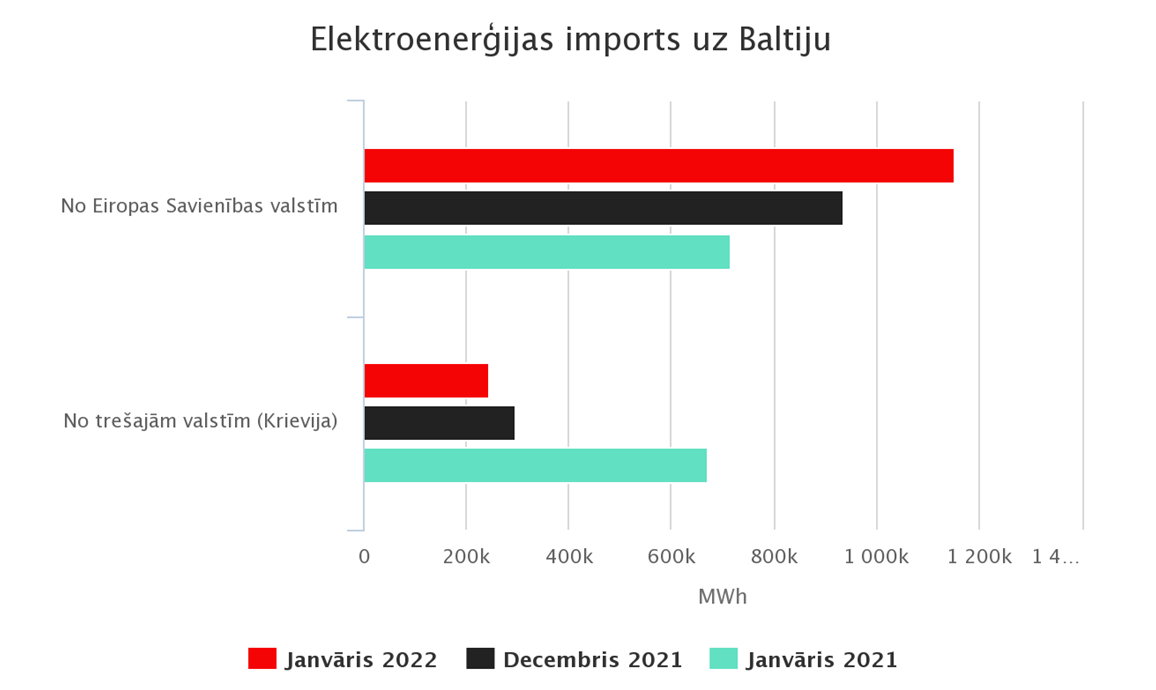 Electrical energy imports to the Baltic states from the EU and Russia. Source: High Voltage Network