march 12, 2019, 17:34
Economy
Authors: eng.lsm.lv (Latvian Public Broadcasting)
Provisional data released by the Central Statistical Bureau (CSB) March 12 show that in January 2019, the foreign trade turnover of Latvia amounted to EUR 2.07 billion, which at current prices was 0.1 % less than a year ago, of which the exports value of goods was 0.6 % lower, but imports value of goods was 0.3 % higher.

In January, Latvia exported goods in the amount of EUR 962.5 million, but imported goods worth EUR 1.11 billion.

Compared to January 2018, the foreign trade balance worsened as exports in total foreign trade amount decreased from 46.8 % to 46.5 %. 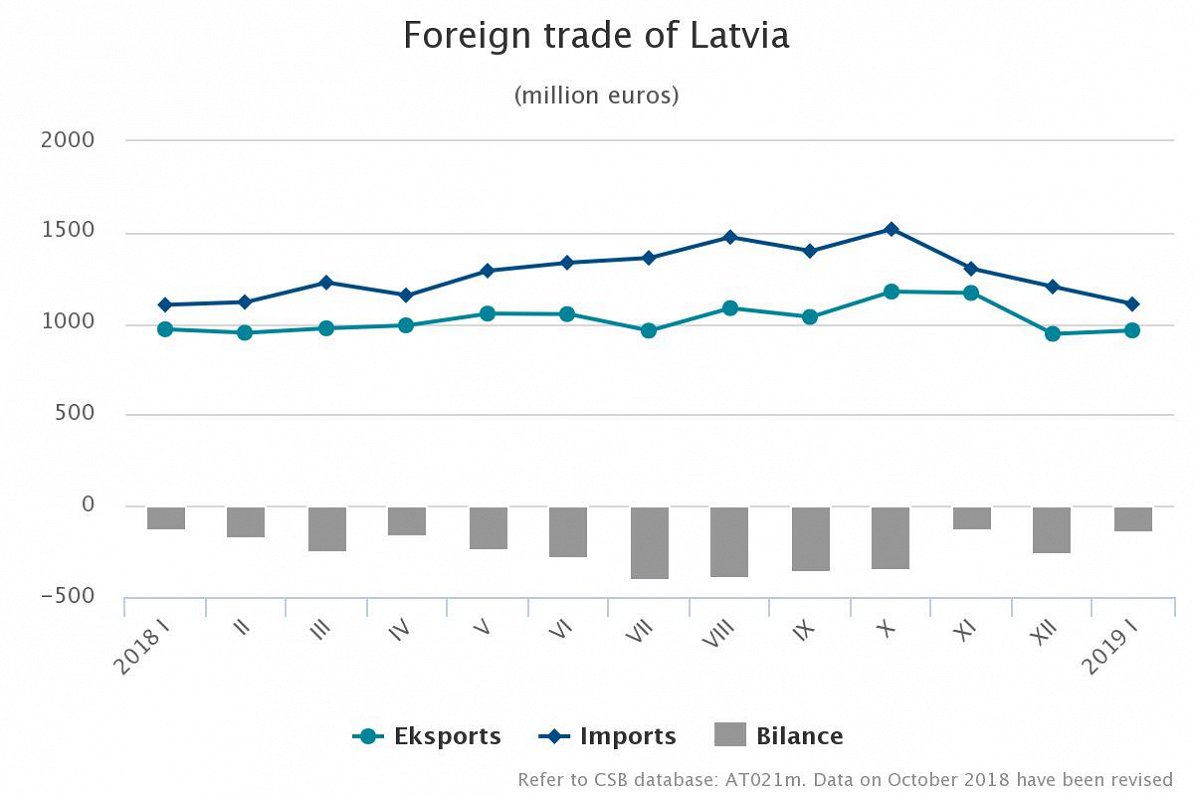 The Finance Ministry shrugged off the figures saying the "slight decrease" was "mainly due to a decline in re-exporting of machinery and a group of mechanical devices under the influence of one-off factors."

The decrease in re-exports of turbojet engines reduced the exports of machinery and mechanical appliances by 46.3% compared to January of the previous year, the Ministry explained.

"It should be noted that this is related to the supply of new aircraft of the Latvian airline [airBaltic] and their technical service. When testing and servicing aircraft, their engines were sent back to the factory, thus affecting foreign trade data.

"The analysis of export data shows that excluding the reduction of the total value of re-exports of turbojet engines to the US by 41.1 million euros, exports of goods would have increased by 3.8% year-on-year," the Ministry said.