Compared to the 3rd quarter, in the 4th quarter of 2019 GDP at constant prices grew by just 0.1 % (according to seasonally and calendar adjusted data), a slight revision downwards on earlier flash estimates, as reported by LSM. 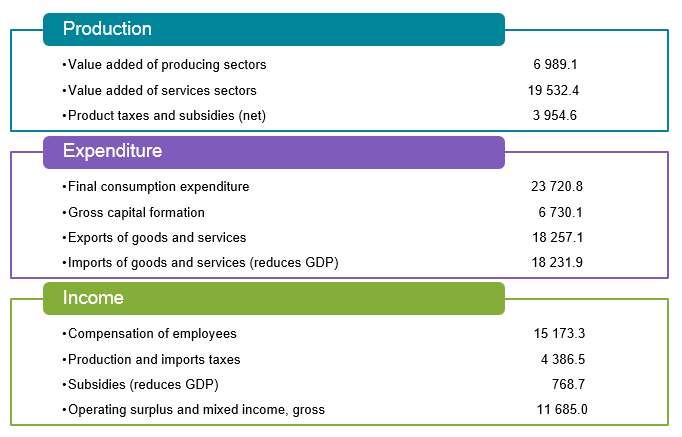 Construction production volume rose by 2.9 %. Over the year, construction of buildings grew by 7.8 %, civil engineering – by 1.0 %, and specialised construction activities by 0.2 %.

In transport and storage sector decrease of 4.0 % was promoted by drop in freight transport by 6.0 %, fall in warehousing and support activities for transportation by 7.5 %, rise in passenger traffic by 7.7 %, increase in postal and courier activities by 17.8 %.

Commenting on the figures, Swedbank said:

"Export growth in 2019 halved with respect to the year before. Foreign trade flows were dragged down by softening external demand, as well as challenges faced by one of the largest Latvian export industries – wood manufacturing (e.g., weaker demand, increased competition, oversupply of wood products due to the spruce bark beetle infestation in Europe). The record harvests of last year and the resulting increased exports of cereals supported overall export growth. Due to weaker investment activity, imports slowed even more than exports, somewhat flattering the overall growth.

"Private consumption slowed but was more resilient than other expenditure components. It was supported by relatively high household confidence, moderate inflation, and a strong labour market, which has seen rising wages and falling unemployment. Private consumption is set to remain a driving force of GDP growth this year as well.''

It all adds up to a rather uncertain picture, Swedbank concluded, saying: ''In January, when external uncertainty seemed to be fading, we updated our forecast for this year, expecting a growth of 2.2% - same as in 2019. However, since then a new set of worries has emerged in the global environment. Recently it has become clear that the coronavirus COVID-19 is spreading outside of China, which means that the impact is likely to be more severe and protracted than appeared previously. A global and a European slowdown is likely to have an impact on Latvia’s small and open economy both via the demand channel, as well as through supply-chain links. However, the extent of this impact is extremely difficult to determine at the current juncture."